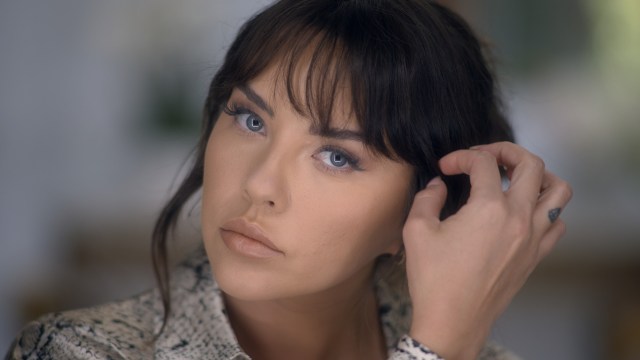 If you’ve been following celebrity culture for decades —and let’s face it, we all have, then you know about the infamous Hollywood Bling Ring.

A new Netflix docuseries, The Real Bling Ring: Hollywood Heist, is taking fans into the true story of the criminal masterminds who pulled off one of the most coordinated burglary efforts in Hollywood history. The story, this time around, is being told from the mouths of those who lived it.

When the culprits of the Bling Ring were revealed, they weren’t anything like the masses expected. They did pull off intricately planned break-ins, and they all but dedicated their lives to celeb culture, but they were a group of teenagers, not well-versed career criminals.

The synopsis shared from Netflix reads as follows:

“First there was the reality series, then came a Hollywood movie, but the truth about the Bling Ring burglaries has never been told — until now. 10 years after the notorious heists, the culprits have served their jail time and are coming forward to tell the real story behind the Hollywood Hills home-invasions that gripped the nation. A cautionary tale for teens today, the docuseries shows what can happen when a fame-and-celebrity-obsessed culture meets the rise of social media and spins wildly out of control.”

In addition to the story, unlike we’ve ever heard it before, Alexis Haines (Neiers at the time) and Nick Norgo (Prugo at the time) will give in-depth interviews for the three-episode docuseries.

E! shared the following quote exclusively from Haines about the upcoming Netflix series:

“I am so happy that a documentary has finally been made. The director, Miles Blayden-Ryall, did a great job at illuminating the nuance and complexities of the Bling Ring case as a whole. I’m excited for people to hear the truth about what actually went down.”

The Bling Ring ultimately broke into the homes of Orlando Bloom, Audrina Patridge, Paris Hilton, and Lindsay Lohan — to name a few. In addition to Haines and Norgo, Rachel Lee, Courtney Ames, Diana Tamayo, Johnny Ajar, and Roy Lopez Jr. were also part of the group.

While the Netflix docuseries will be the first true story from the mouths of those involved, a film titled The Bling Ring already exists, starring Emma Watson, Katie Chang, and Israel Broussard, and was directed by Sofia Coppola. If you’re unfamiliar with the story, you can watch the sensationalized version before checking out The Real Bling Ring: Hollywood Heist when it premieres on Netflix on Sept. 21.