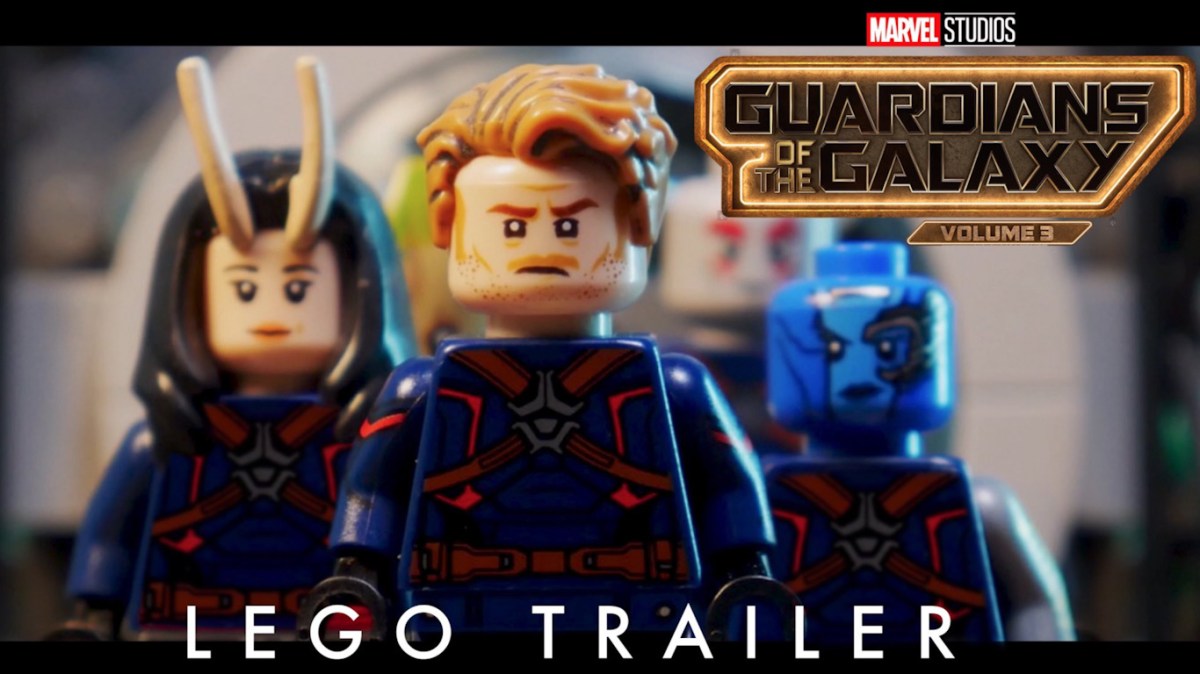 Fans love paying homage to their favorite movies and characters, and thanks to the abundance of readily available technology and the power to learn anything on YouTube the homages only get better and better. This fan-made Lego trailer for Guardians of the Galaxy Vol. 3 is so spectacularly done that it’s even gotten director, James Gunn’s attention.

Marvel has released two new trailers recently, with the fans getting a look at what the third installment of the Guardians of the Galaxy franchise will entail, as well as an updated trailer for Ant-Man and the Wasp: Quantumania. These two trailers look to be taking all our heroes on a slightly darker journey but don’t worry, the humor that is at the heart of them is still there.

One YouTuber going by the name Huxley Berg Studios appears to be a lover of all things Marvel and all things Lego and has been turning many of the studio’s trailers into stop-motion animations using the classic toys. The creator has been doing this for many years now, with the quality of their videos improving drastically over time.

A look at their channel will display almost every MCU trailer ever made, as well as specific scenes from the MCU recreated in Lego. They also appear to enjoy playing around with the Star Wars universe as well as other classics of cinema, if you ever wanted to Darth Vader doing a kickflip, here is the place to go.

Their most recent video is a frame-by-frame replica of the live-action trailer for Guardians of the Galaxy Vol. 3, with the end result looking so slick that even Gunn appears to be impressed after he retweeted the link. Now for someone who loves Marvel and superheroes in general, that’s a pretty decent person’s radar to be on.

By retweeting this video, Gunn has brought it to the attention of his 1.4 million followers as well which should hopefully result in more traffic for the creator’s Twitter and YouTube accounts, with many commenting how this is the creator’s time to shine now he has Gunn’s seal of approval.

It would appear that the creator is more than thankful for the retweet as their current Twitter bio reads, “James Gunn’s best friend forever.” It is unclear whether this has been a recent change in response to the director’s endorsement or whether they’ve always just really loved the superhero director.