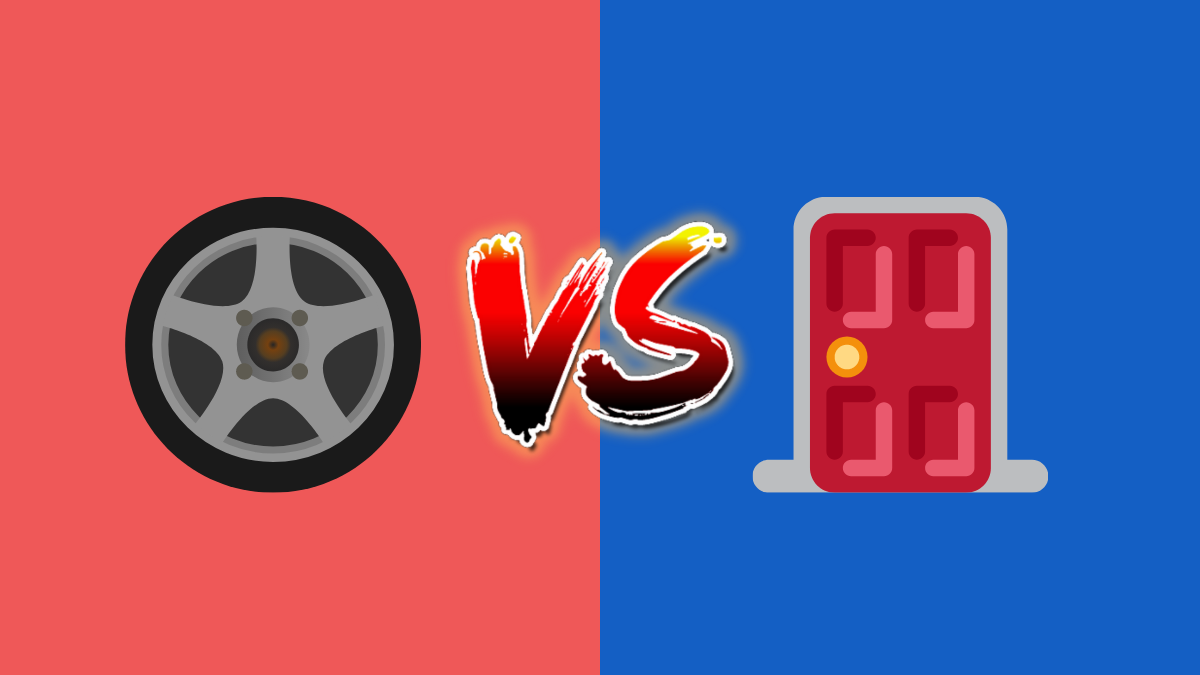 Image by Canva and Capcom. Remix by Jamie Dunkin

Which are there more of in the world: doors or wheels? That is the latest question that TikTok users are trying to answer as the platform goes on a debate to answer this seemingly pointless question.

Users are sharing their answers, with the different solutions that they’ve used to help end this debate. But sadly, no one has thrown down the gauntlet and no definite answer has been given.

I’ve asked people in the GAMURS office for their answers and… we’re also stuck. The office is also divided between the two choices.

TikTok users have been creative with their responses, and are using a variety of solutions to bring this debate to an end.

People have been using math to calculate their answers.

Some are accounting for other items other than generic car wheels, like carts, and other types of furniture that function as doors, like drawers, in their problem solving.

Some have gone to Google for the answer. It turns out, the search engine is on team doors.

Some are even going as far as to use capitalism as a solution to their response.

During this online debate, some TikTok users are admitting to switching sides after seeing or hearing a viable counterargument.

Thousands of users have laid out their list of reasons as to why they believe there are more doors or wheels around the globe. Here is a viable, but by no means definitive, list supporting either option.

While there is no definitive end to the debate in sight, people on TikTok are still convinced that they have the answer. Whatever helps us get through the day, right?