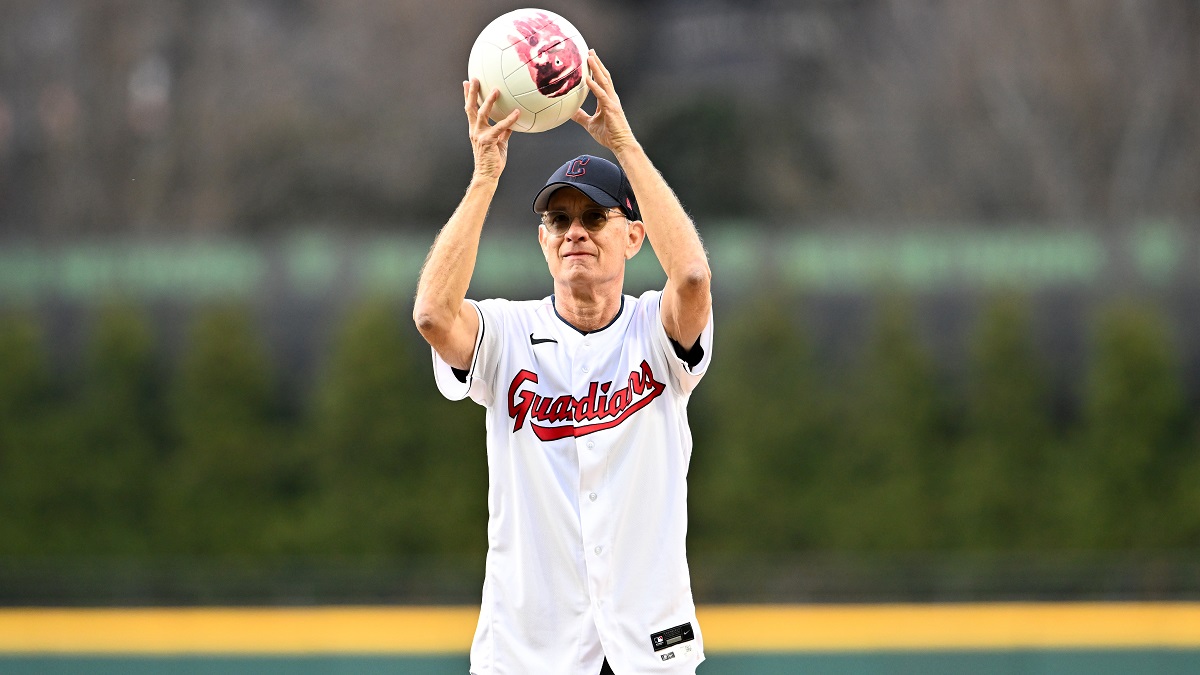 Folks on social media are rejoicing after actor Tom Hanks reunited with his faithful companion Wilson from the movie Cast Away during Opening Day for MLB’s Cleveland Guardians.

In the survival drama film, Tom Hanks portrays Chuck Noland, a systems analyst for FedEx who finds himself stranded on a desert island after surviving a plane crash. Eventually, he befriends the inanimate sporting good, which he imprints with a bloody hand and gives a name.

Over on Twitter, many users have expressed their joy for witnessing the reunion between Hanks and Wilson, after the actor carried the volleyball with him onto the field before throwing out the first pitch. The actor initially placed his companion on the mound next to him, though the wind immediately took the volleyball away, as it went tumbling down into the grass, prompting Hanks to hilariously chase after it.

Barstool Sports posted the iconic moment in full on Twitter, with the caption referring to both Hanks and Wilson as “2 Legends.”

The overwhelming response has been positive, with many users proclaiming their love for Tom Hanks and for Wilson — who somehow still manages to strike emotion from others.

It’s been 22 years since Cast Away first premiered back in theaters in 2000, though the emotionally-charged relationship between Hanks and Wilson never fails to bring tears to our eyes. He may still be the same bloody-faced spherical confidant, but fans understand how significant he was to keeping Chuck sane during the hardest struggle of his life. For that reason alone, he’ll always be loved.