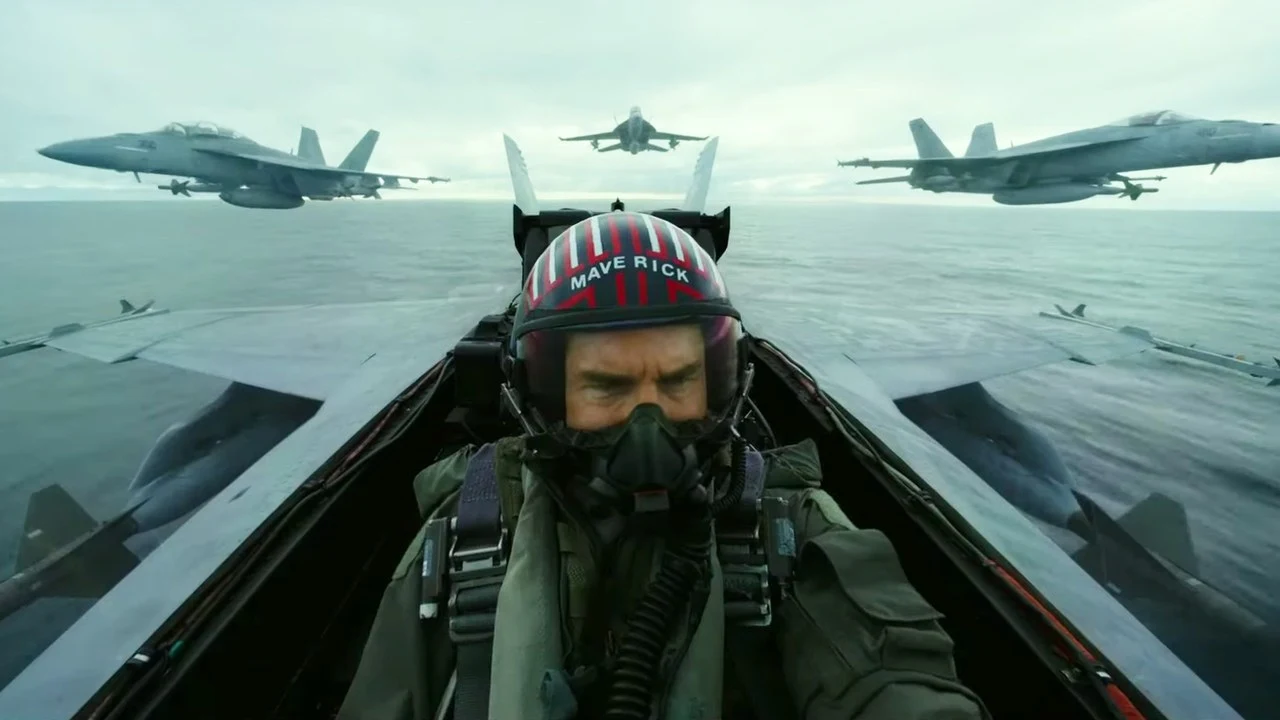 Top Gun: Maverick soars onto cinema screens tomorrow, with the goal of paying homage to its 1986 prequel, visually and spiritually, all while telling a fresh story in the same world that won hearts over all those years ago.

Tom Cruise is back to piloting fighter jets, along with newly trained pilots Miles Teller, Glen Powell, and Lewis Pullman, among others, meaning we’re bound to see more of the iconic, high-octane aviation sequences from the original film, perhaps brought to even greater heights with modern technology. But, as director Joseph Kosinski revealed to ComicBook, there was one scene in particular from the original film that just wasn’t in the cards this time around, and likely never will be again.

There’s a sequence in the middle of the film where Maverick (Tom Cruise) runs the low level course by himself. For that sequence we got special permission from the Navy to fly under 50 ft as about 600 miles per hour. So that’s one of those things that I don’t think will ever be done again.

Top Gun: Maverick tells the story of Pete “Maverick” Mitchell” (Cruise), a test pilot that has declined promotions to continue his career in that position. He finds himself becoming an instructor at a top-tier Navy flight school, known as Top Gun, where he was a student almost 40 years ago. There, he must come to terms with past events while training a brand-new group of students.

Top Gun: Maverick releases to theaters across the United States on May 27.