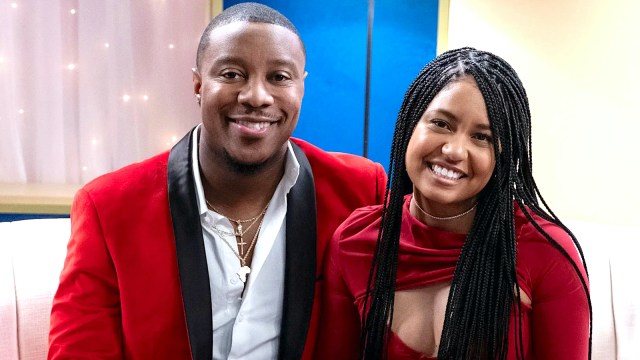 Grab your tissues, drink of choice, and popcorn because Love is Blind: After the Altar is getting emotional — and messy! The experiment in romance, marriage, and finding a soulmate without seeing them first is a unique standout in the reality dating show experience.

The Netflix series is getting ready to return to its season 2 couples, singles, and married pairs to find out what has changed and what stayed the same after they’ve stopped filming. After the Altar is spicier than ever this time around.

“Love is the hardest, best thing that’ll ever happen,” the trailer begins, with Shayne talking about his experience on Love is Blind, and — as fans know — a lot has changed since the series first aired.

The trailer promises that viewers are getting a new look at who the cast viewers fell in love with, or were ready to go to battle against — and some of those opinions just might change when we get a fresh look at their lives now.

The synopsis for Love is Blind: After the Altar season 2 reads as follows:

“After the experiment, reality comes into focus. What happened to the couples and singles from Love is Blind Season 2 after the weddings? Love is truly blind, but is the future blurry? Follow the stories of Jarrette, Iyanna, Deepti, Shayne, Natalie and more when Love is Blind: After the Altar Season 2 premieres September 16th.”

With recent news announcing two divorces from Love is Blind: Season 2, it seems more evident than ever that the tables have turned and what felt like true love might have been romance through rose-colored glasses. The arguments will be big, the revelations will be life-altering, and the stakes are higher than ever where love is concerned.

You can find out what happens to our favorite season 2 couples and singles when Love is Blind: After the Altar begins airing on Netflix on Sept. 16.