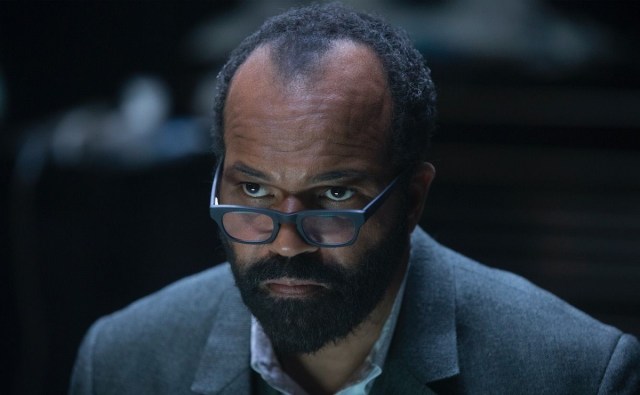 It’s not a Westworld episode if it doesn’t make you question everything you’ve learned about the story so far, but the latest twist in episode four was so sudden and unexpected that not even the show’s most ardent followers could’ve seen it coming.

It’s becoming increasingly difficult to keep up with Westworld and its intricately woven narrative. As if the large ensemble of characters, their goals, and storylines wasn’t already complicated to keep track of, the show has now unveiled, in an all too familiar Westworldian fashion, that much like the first season, the ongoing latest run has been taking place in two separate timelines, 23 years apart.

Indeed, the things we’ve seen from Bernard (Jeffrey Wright) and Stubbs (Luke Hemsworth) have been taking place 23 years in the future, while Caleb’s (Aaron Paul) storyline is a part of a new theme park experience. It was also revealed that Caleb himself has died, with Hale now turning his consciousness into a robot like herself.

Discussing the mind-numbing events of episode four with TheWrap, producer Lisa Joy praised Jeffrey Wright for his acting chops and physical performance, explaining what makes Bernard such a unique piece in the Westworld chessboard.

“Working with Jeffrey is such a delight because he can do anything, and I love watching him kick ass and use his physical skills — the scene by the car was so fun for me,” she said. “But at the same time, Bernard’s superpower has always been a little bit intellectual, right? Like he’s the one who has thought in simulations and has talked about how even when you’re programming a host, you’re thinking about different simulations and iterations and how it might behave, how it might change behavior.

“So the idea that his superpower is really actually grounded in these anticipatory moves, it’s not about strength necessarily and it’s not about speed. It’s about knowing what’s going to happen in the moment beforehand. So to me, it was just a really fun scientifically based way to explore a new source of strength for Bernard.”

God only knows where Westworld will go from here on out, but now that we know we’re contending with two timelines simultaneously, we expect things to be much more streamlined for the viewers.

The violent delights of Westworld season four continue next week on July 24.