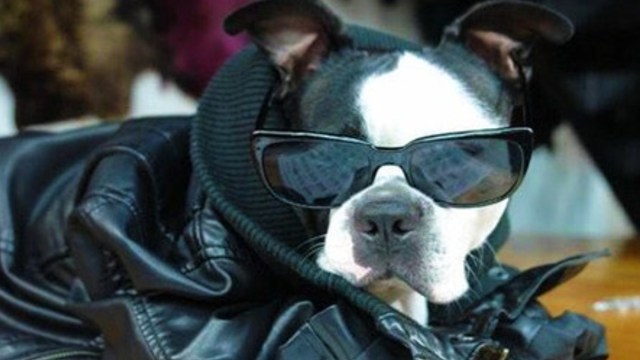 Project Runway, which premiered in 2004 on Bravo was a major reality TV breakthrough that saw the contestants competing with each other to present their best designs to the judges. The show has evolved over time and has seen various changes and modifications but maintained consistency on one issue that is changing many contestants’ careers for good.

One of the show’s unchanged features remains the regular trips to the New-York based store, Mood Fabrics, where the designers occasionally go to “get their intricate needs met.” Along with the vivid and gorgeous outfits that captured the attention and curiosity of the viewers, it was the owner of Eric Sauma’s Boston terrier, Swatch, that has been the focal subject of attraction all along. His primary job was to greet the tense contestants, especially during times of grave panic. Unfortunately for the viewers and the contestants, there would be a discontinuation in this trend as news has been released of the adorable pup’s death last Saturday morning.

What happened to Swatch?

The tragic news of Swatch’s death was released by Mood Fabrics on its Instagram account. The team posted the picture of their beloved dog followed by a caption underneath that said, “It’s with heavy hearts that we inform you our beloved Swatch passed away peacefully in his sleep on Saturday morning at 15½ years old. He was a star who lived a long life full of love, happiness, and plenty of pets. You couldn’t find a sweeter, more patient, or more popular boy. We will miss him with all our hearts. Love, The Mood Family.”

Speaking to TMZ, Sauna said that the canine died peacefully in his sleep. He was already undergoing physical problems, like a bad hip and partial blindness. Sauna also told the publication that a funeral would be held in Swatch’s honor that would be highlighted on the show.

He also shared plans of building a shrine for Swatch at Mood Fabrics Headquarters in New York City. Fans of the show would be welcome to pay their respects to the show’s unofficial mascot. With heavy hearts, the show must go on, and Project Runway will soon be resumed for its final season. Let’s wait to see how our favorite Boston terrier will be replaced in the upcoming finale.