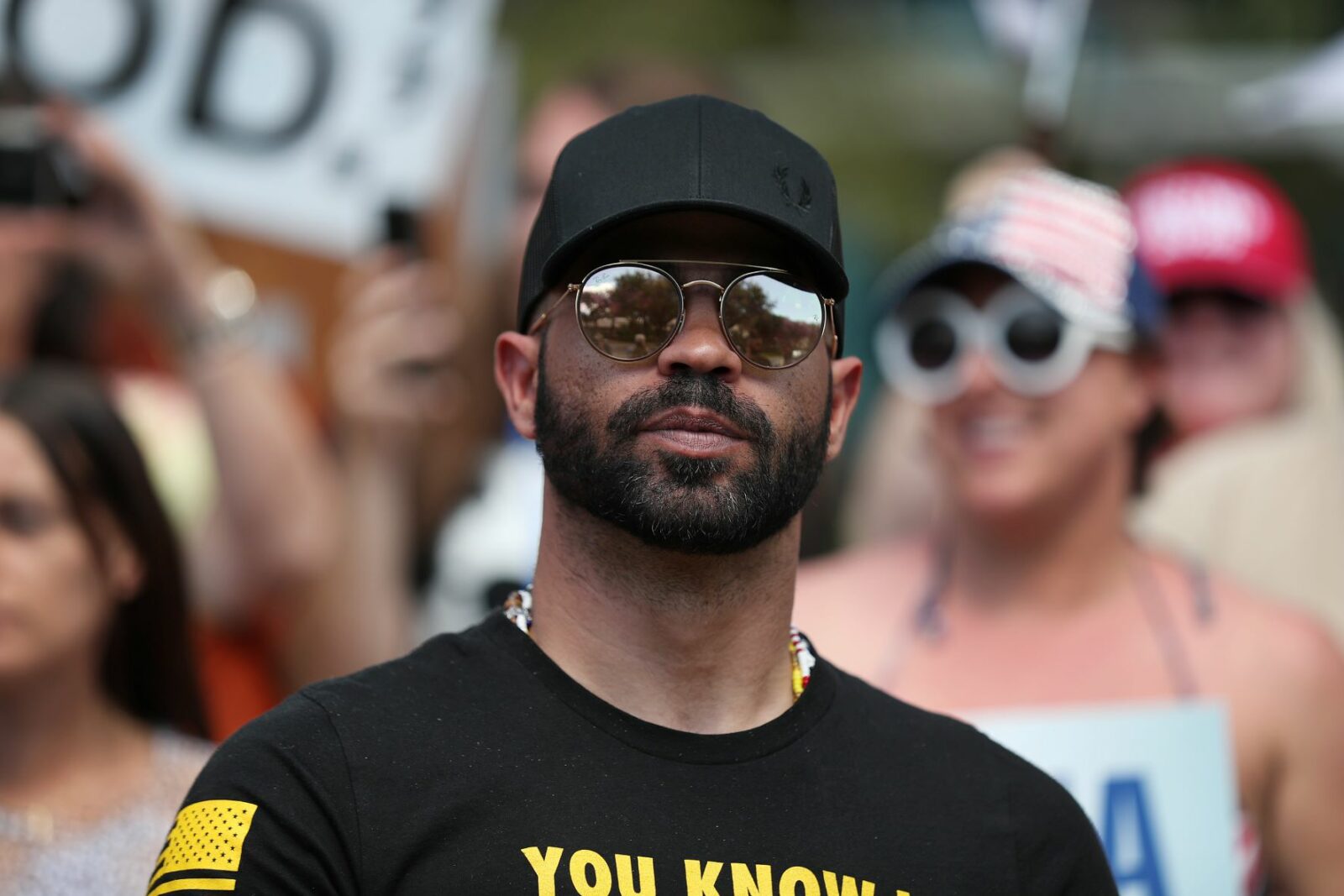 The Jan. 6 attack on the U.S. Capitol continues to generate headlines more than a year on. Many of those who participated have since been arrested and are being tried, and yesterday Texas man Guy Reffitt was unanimously convicted of felony charges including bringing a gun into the Capitol and obstructing official proceedings. Now investigators are moving on those who directed/planned the attack and have arrested former Proud Boys chairman Enrique Tarrio.

The Proud Boys are a far-right group open about their desire to use violence to achieve fascist political goals. Their name is derived from Disney’s Broadway musical adaptation of Aladdin, specifically, the song ‘Proud of your Boy’, and they’ve achieved notoriety not just for their violence, but also for former President Donald Trump acknowledging them by saying “Proud Boys — stand back and stand by” at a Presidential debate in September 2020.

Becoming Chairman and the Capitol attack

Tarrio attended the notorious “Unite the Right” rally in 2017 where a procession of people with flaming torches chanted “Jews will not replace us”. Soon after he became involved with the Proud Boys, passing an initiation test in which he assaulted someone he believed was Antifa and quickly rose through the ranks to become the group’s de facto leader on Nov. 29, 2018.

From then on, he was a fixture at and organizer of far-right protests and counterprotests, though things came to a head after Trump lost the 2020 election and the right erupted in outrage about a ‘stolen’ election. After a Dec. 2020 protest in Washington, Tarrio entered a historic Black church in Washington, tore down a Black Lives Matter banner, and burned it. He was promptly arrested and later convicted and sentenced to five months, with additional charges including bringing “two high-capacity firearm magazines” into Washington. His arrest was on Jan. 4 and he was ordered to leave Washington, so did not directly participate in the Capitol attack.

However, Department of Justice representatives say Tarrio “continued to direct and encourage the Proud Boys prior to and during the events of 6 January 2021″ and that he “claimed credit for what had happened on social media and in an encrypted chat room during and after the attack.”

Tarrio has already been sentenced to five months in prison for his actions prior to Jan. 6, though will be facing a substantially longer sentence if convicted on charges of “conspiracy to obstruct an official proceeding and obstruction of an official proceeding”, and counts of “assaulting, resisting, or impeding certain officers and destruction of government property”.

Tarrio has also a history of working as an informant for federal and local law enforcement. As per court transcripts, his lawyer revealed that Tarrio worked undercover in order to identify “grow houses” where marijuana is being cultivated, reported on illegal use of anabolic steroids and that his undercover work has led to successful prosecutions.

After Reuters reported this in Jan. 2021 the Proud Boys organization began to splinter, with chapters saying that they simply couldn’t trust Tarrio if he has a history as a federal informant. The Oklahoma Proud Boys were especially displeased, saying that he “jeopardized our brothers’ safety and the integrity of our brotherhood”.

His future is currently unknown. While it seems that those who participated in the Capitol attack will be convicted and face substantial prison sentences, it may be a bigger hurdle for the DoJ to convict someone who wasn’t even in Washington on Jan. 6. But even if Tarrio is acquitted of the charges, he may find the revelations of his time as a federal informant mean he won’t be welcomed back into the fold. The Alabama chapter said:

“We reject and disavow the proven federal informant, Enrique Tarrio, and any and all chapters that choose to associate with him.”

Beyond Tarrio, the Proud Boys have been gradually falling apart since Jan. 6. Many prominent members have been arrested since the Capitol attack, and they haven’t made a major appearance at a rally since Aug. 2021 in Portland, Oregon.

Tarrio’s most recent public appearance was in a Miami federal court on Tuesday, where prosecutors asked a judge for him to be held in jail until trial. Tarrio briefly responded that he has little money and has a new job printing t-shirts. The bond hearing will take place on Friday.