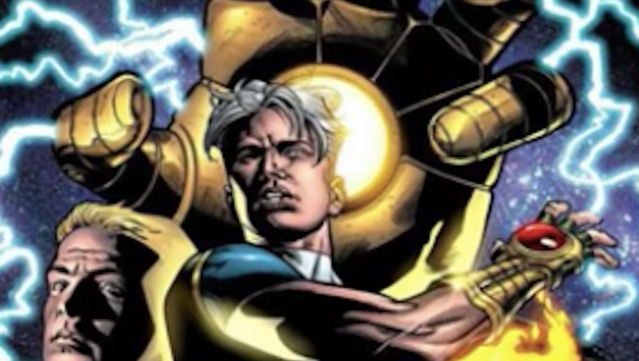 On July 24th, Marvel fans around the world rejoiced as Marvel released its plan for the Multiverse Saga. Fans got looks into some of the different movies and tv shows that Marvel plans to release, all the way up until 2025. Fans will have plenty of watching to do for the time being, but fans are also wondering who Noh-Varr is and where he could potentially appear in the MCU.

Noh-Varr was a former Kree member who has been genetically altered with cockroach DNA. Because of this, Noh-Varr has incredible speed and strength. He does not only have supreme speed and strength, but also has the ability to pilot planes as well as the knowledge to use firearms.

He joined a peacekeepers group that became lost in space when the group ran into three astro-gods. Noh-Varr was the only member of his team to escape and made his way to New York City, where he was put through a series of tests by Doctor Midas. After escaping Doctor Midas’ control, he fought a new S.H.I.E.L.D. experimental fighter, Bannerman. Doctor Midas did not like that Noh-Varr had escaped, so he sent his daughter, Exterminatrix, to find him.

Once they find each other, Noh-Varr and Exterminatrix decide to team up, as both despise Doctor Midas. The duo win but after the final battle, S.H.I.E.L.D. agents take Noh-Varr into custody.

Where could he appear in the MCU?

There are many different places Noh-Varr could appear in the MCU. One theory is that he could obviously appear in a Captain Marvel movie, based purely on her history with the Kree. One place that Noh-Varr has appeared in in past comics were the Young Avengers, which is an idea that many fans had while Marvel was releasing part of the Multiverse Saga.

Rumors have been circulating that Park Seo Joon will take the role of Noh-Varr when he hits the MCU. Regardless, Marvel fans are excited to see another fresh character hit the screen and see where the MCU goes from here.