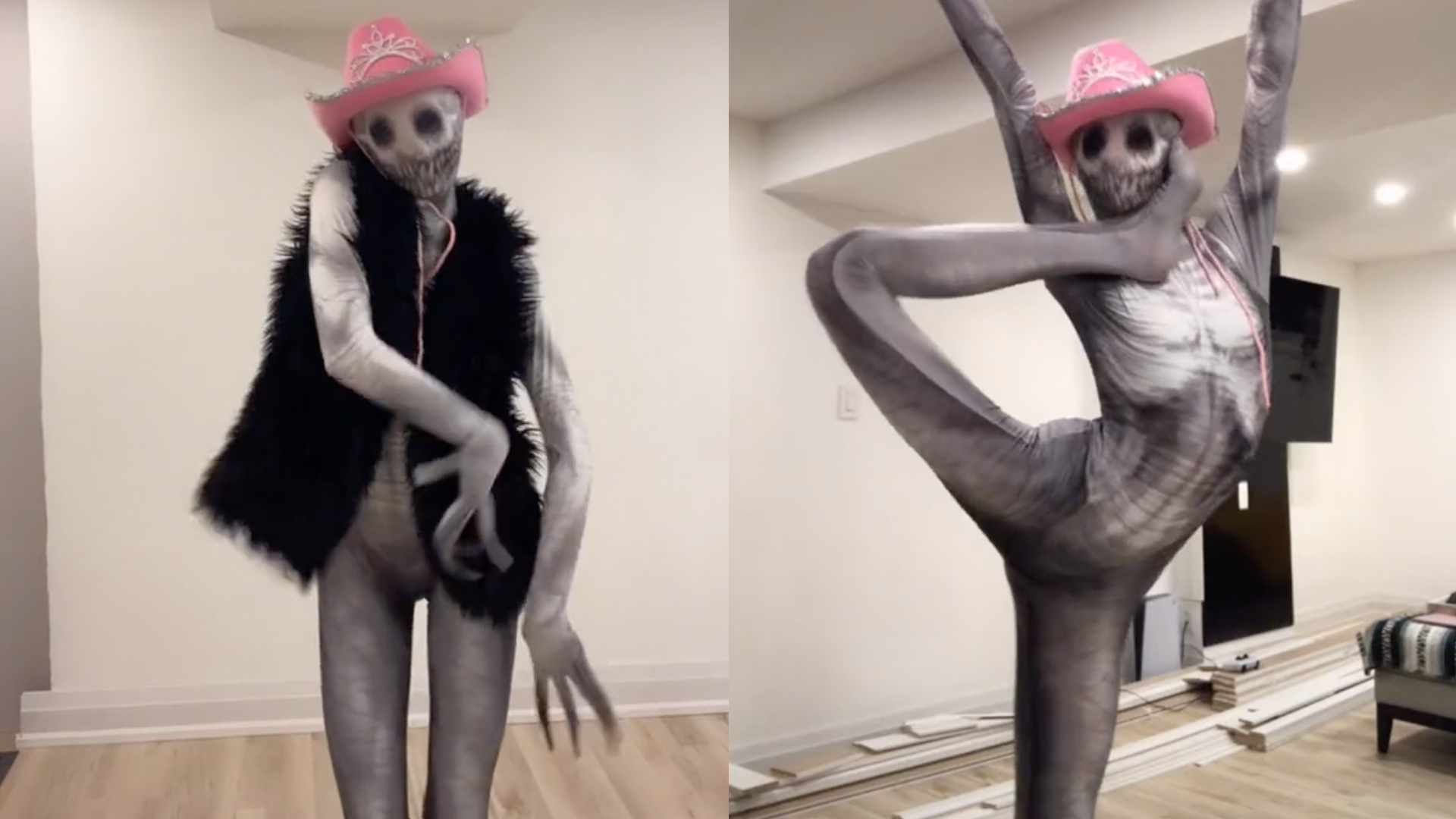 A rising star on TikTok is turning heads, due in large part to their thoroughly unique approach to creating content.

User @preppyclaws is taking the platform by storm, collecting an impressive 2.5 million followers in a single month. The creator’s very first video was posted to TikTok on Dec. 6, 2021, but their follower count doesn’t reflect the lifespan of Skelly — as fans like to call them — on the app. New followers are flocking to the fresh-faced account, drinking in Skelly’s unique brand with gusto.

At a base level, the content produced by @preppyclaws’ account isn’t overly uncommon. All the videos posted to their account — of which there are only a few dozen — see the quirky user provide brief, typically Vine-length dancing clips, all while outfitted in a now-iconic skeleton costume. The costume has become Skelly’s brand, of sorts, keeping users guessing about their identity, gender, and the aims of their popular TikTok account.

The true identity behind the preppyclaws account has yet to be revealed, according to Dexerto. That’s not stopping users from submitting plenty of guesses, of course, tossing out potential names in nearly every video’s comment section.

Skelly’s eccentric approach to creating content is a big draw behind the account, as every aspect of their identity remains a secret. The skeleton suit, which provides full-body coverage for the mysterious creator, aids immensely in their aim to conceal their identity. Its shape helps to maintain the account as belonging to a genderless, identity-less, dancing skeleton.

The mystery surrounding this account is behind much of its popularity. People are delighting in the chance to submit their guesses as to the face behind the mask, with a few popular options floated more often than others. Some of the most popular guesses as to Skelly’s identity include Elliana Walmsley, former Dance Moms contestant and a TikTok star in her own right. She has an account of her own, which is verified, and sports almost double the followers of the preppyclaws account.

Other potential names that viewers are tossing around include Emily Dobson, a dancer and social media personality, Lilliana Ketchman, a former Dance Moms contestant, and Charli D’Amelio, one of TikTok’s biggest stars. D’Amelio appears to be the most popular guess, likely because she, more than anyone else, has good reason to hide her face. If she were looking for an opportunity to simply enjoy a quick, effortless dance sesh, doing so without revealing her identity might make sense. While D’Amelio seems to enjoy the spotlight she now finds herself in, it’s not difficult to imagine that she — and anyone famous, for that matter — might appreciate the occasional break from the limelight.

Walmsley confirmed in a recent YouTube video that she is definitely not the face behind Skelly’s recognizable mask, but did reveal that she knows Skelly’s identity. That eliminates Walmsley as an option but increases the likelihood that a fellow Dance Moms contestant hides beneath the mask.

Skelly’s gender is another big question — not that it’s necessarily relevant to the content the account puts out — but the account seems to have confirmed that a woman is behind the popular videos. Several captions have referred to Skelly as “her,” and one notes that she felt “like a boss lady.” A single video also provides a bare glimpse at the back of Skelly’s head, where a small chunk of long blonde hair can be seen. While plenty of male creators sport long blonde hair, the look is more typically sported by women.

Regardless of who resides behind the mask, Skelly is absolutely thriving on TikTok. Their follower count is growing daily, and may soon put them in competition with accounts that have been around far longer. They also seem to be thoroughly enjoying their anonymity, even teasing one curious commenter with a joking reveal of their pronouns. In response to a comment requesting a gender reveal, they joked that their pronouns are “Skel/Eton.”