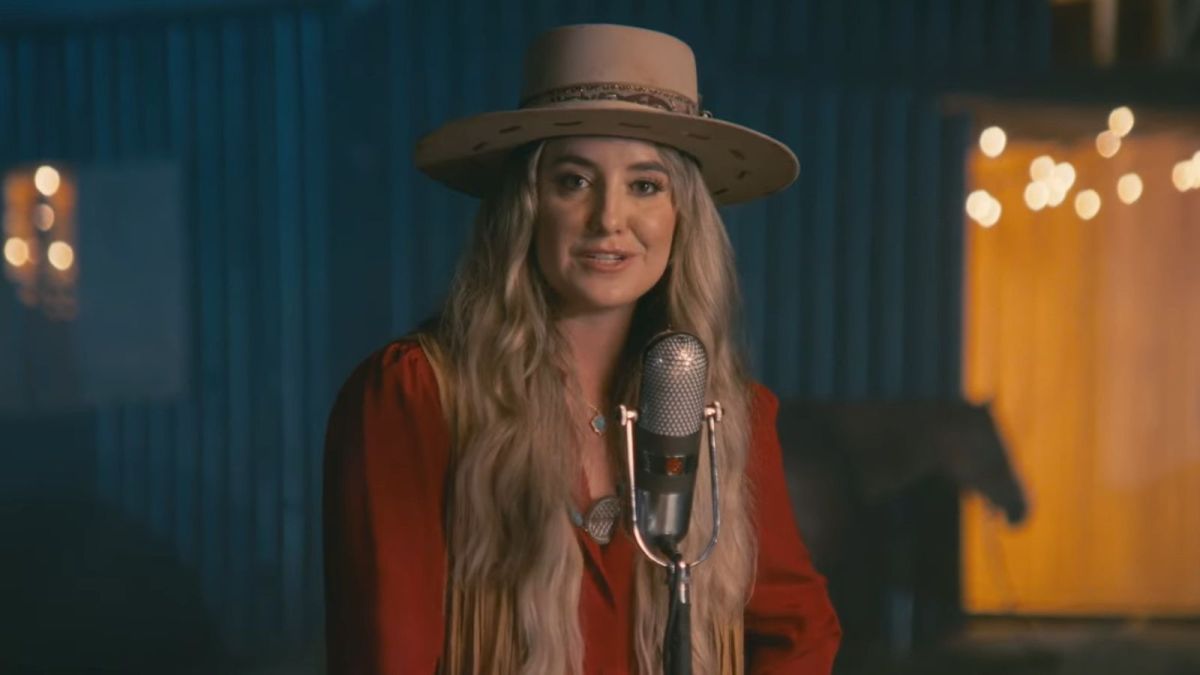 Warning: this article contains spoilers for season five of Yellowstone

Paramount’s number one series and everyone’s favorite cowboy drama, Yellowstone, is heavy on a couple of big emotions this season: heartbreak and romance. Two sides of the same coin; they’re both dealing in matters of the heart, and the series is certainly good at interweaving stories of pain and pleasure together.

One way Yellowstone brings love to the table this season is with newcomer Abby and our beloved ranch hand, Ryan. Ian Bohen has played Ryan since Yellowstone began, but Abby is a new character to the ranch this season. She’s crooning beautiful country tunes as she shoots dreamy eyes at Ryan and stealing all of our hearts in the meantime.

Who plays Abby in Yellowstone?

Country singer Lainey Wilson brings Abby to life in season five of Yellowstone, and it’s quite an incredible gig for the actress.

Abby is a character near and dear to her heart, and with good reason. Yellowstone creator Taylor Sheridan wrote the role so that Wilson could join the cast almost totally as herself. She knew Sheridan for a couple of years before he asked her to join the cast, and he brought her on with the ability to sing her songs, wear her clothes, and bring her fire to the series.

In a chat with USA Today, Wilson shares what Sheridan told her about the character before she got to the set; it wasn’t much!

Sheridan said he wanted me to pretty much be myself, which is a dream come true, especially when you’re trying to introduce yourself to people. All I got from him at that time was that I would play a musician who would fall in love with one of the boys. He didn’t even tell me which one.

Abby is a character you immediately love, and someone else on the ranch is pretty smitten with her too. Ian Bohen’s Ryan has fallen head over heels for Abby; while they live very different lives, they’re enjoying their time together now.

Where have you seen Lainey Wilson before?

If Wilson’s name and face are familiar to you, odds are you’re a country music fan. Wilson has been blowing up the music realm with the release of her latest album, Bell Bottom Country. With songs like “Heart Like A Truck” and “Hold My Halo,” she’s a force to be reckoned with, and she’s expanding her portfolio by the day.

Wilson also has a hit song that you’ve undoubtedly heard several times: “Wait in the Truck,” and we’re not judging you if you sing it at the top of your lungs every time it comes on.

From country music award shows to music videos and songs on the radio, and now Yellowstone, Wilson is living her dream! Plus, she gets to kiss Ian Bohen as they slow dance to swoon-worthy love songs; it’s quite a gig!

What does the future hold for Ryan and Abby?

Ryan and Abby are characters with a lot riding on their actions, and they’re both well aware of it. Their moments together so far have been sweet, short, and rather adorable, but they had a moment in the latest episode where things were put into perspective.

As they are dancing together, Abby tells Ryan that she knows what they’ve got together can’t really go anywhere, and they agree to enjoy it while it lasts; but it feels a bit heavier than that to audiences.

They’re still in the early stages of getting to know one another, but the way Ryan looks at Abby is next level, and she returns those romantic glances is everything you could hope to find for yourself. Both super attractive and talented, Ryan and Abby have a lot to offer the other, but neither one seems in a position to give up their livelihood for romance. That being said, we’re still crossing our fingers that the set two end up getting a happily ever after of some kind: after all, Ryan is a hard-working man who dedicates himself to the Yellowstone Dutton Ranch. He deserves someone to write home about, and Abby is quite the catch.

You’re in luck if you want to learn more about these two. Wilson and Bohen are hosting a chat on Reddit on Monday afternoon, answering your fan questions. So if you’re dying to know if they’ve filmed more scenes together or if either of them is calling the other’s bluff on that “this can’t go anywhere situation,” now’s your time to ask them all about it.