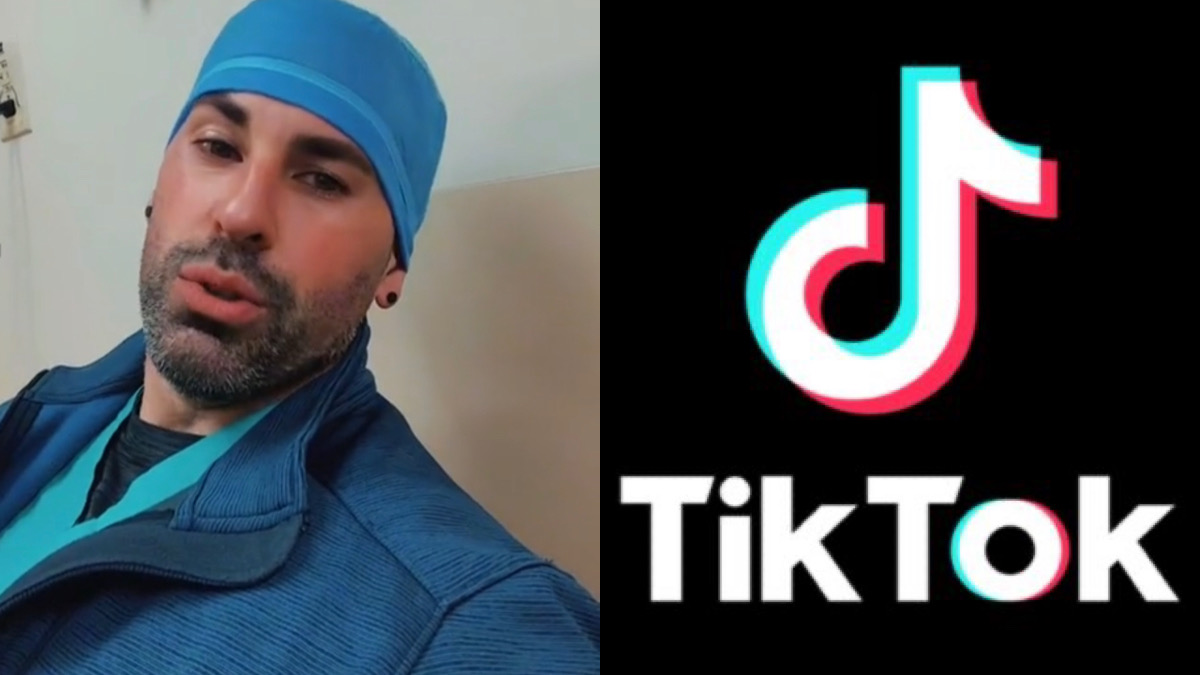 Famous TikTok doctor Leonardo Gil has tragically died at the age of 34 after a hit-and-run accident following his shift at a hospital in Hialeah, Florida. The endoscopy technician rose to fame on the social media app in 2020 after sharing a funny video with his co-worker.

Over the years, Gil uploaded clips of his personal life candid moments with friends and co-workers and answered many of his followers’ questions. He went on to generate over 1.3 million likes and gained over 138,000 followers. Gil’s last video was shared on Jan. 25, the morning before his fatal collision.

According to NBC 6, Gil, who was driving home on his motorbike, got into a crash near East 8th Avenue and 21st Street intersection at 9:30 PM after colliding with an SUV. Footage of the accident was ultimately released to the public by Hialeah law enforcement.

Officer Eddie Rodriguez told the outlet that the recording showed the unidentified driver of the dark SUV pulling over before ultimately fleeing the scene. He said, “It shows that Mr. Gil, he was traveling southbound, he had the right of way when this vehicle turned out right in front of him, didn’t give him an opportunity to even attempt to stop.”

Rodriguez continued, “Like I said, in the video, you see that the vehicle pulls forward, and it looks like it’s about to stop, it does stop for a very short period of time but then it just takes off again. So now that person could be facing some very serious charges.”

The publication also reported that Gil wasn’t transported to the hospital until much later after a passerby noticed the doctor lying on the ground and immediately called 911.

The TikTok star eventually succumbed to his injuries at Jackson Memorial Hospital. Following Gil’s death, his aunt Katiuska Fernandez and hundreds of his close friends, family, and co-workers attended a public memorial held at the hospital where he worked.

While speaking to WSVN, Fernandez expressed the pain she and her family are feeling losing her nephew. She said, “The only thing that we know is the people left him on the street and left. We are very sad because he was just 34 years old.”

She added, “Whether he met you on the streets, or if you were one of his more than 90,000 TikTok followers, his goal was to brighten up your day. Everybody knows he’s going to say something good.”

Tributes began flooding in as news about Gil’s death began circulating online. One TikTok user wrote, “OMG I still can’t believe this happened this is a shock to me. My thoughts and prayers for all his family R.I.P.”

Another said, “Rest in peace. Condolences to his family and friends.” A third user mentioned how heartbroken they were over Gil’s unexpected passing. They stated, “I can’t believe you are gone . You will be missed. My heart is completely broken at this moment.”

A GoFundMe page has been created to help cover the TikTok star’s funeral arrangements. The page, which has raised over $36,000 of the family’s $30,000 goal, gave individuals insight into who Gil was outside of social media.

Gil, who originated from Cuba more than 10 years ago, was described as a “hardworking” man who began his career as a janitor at Hialeah Hospital. He later became a patient transport before ultimately transferring into his role of endoscopy technician.

Gil is survived by many that loved him, including his young son. Additional details surrounding the suspect in the hit-and-run accident have yet to be released. A $5,000 reward is currently being offered for any tips to help solve the crime.