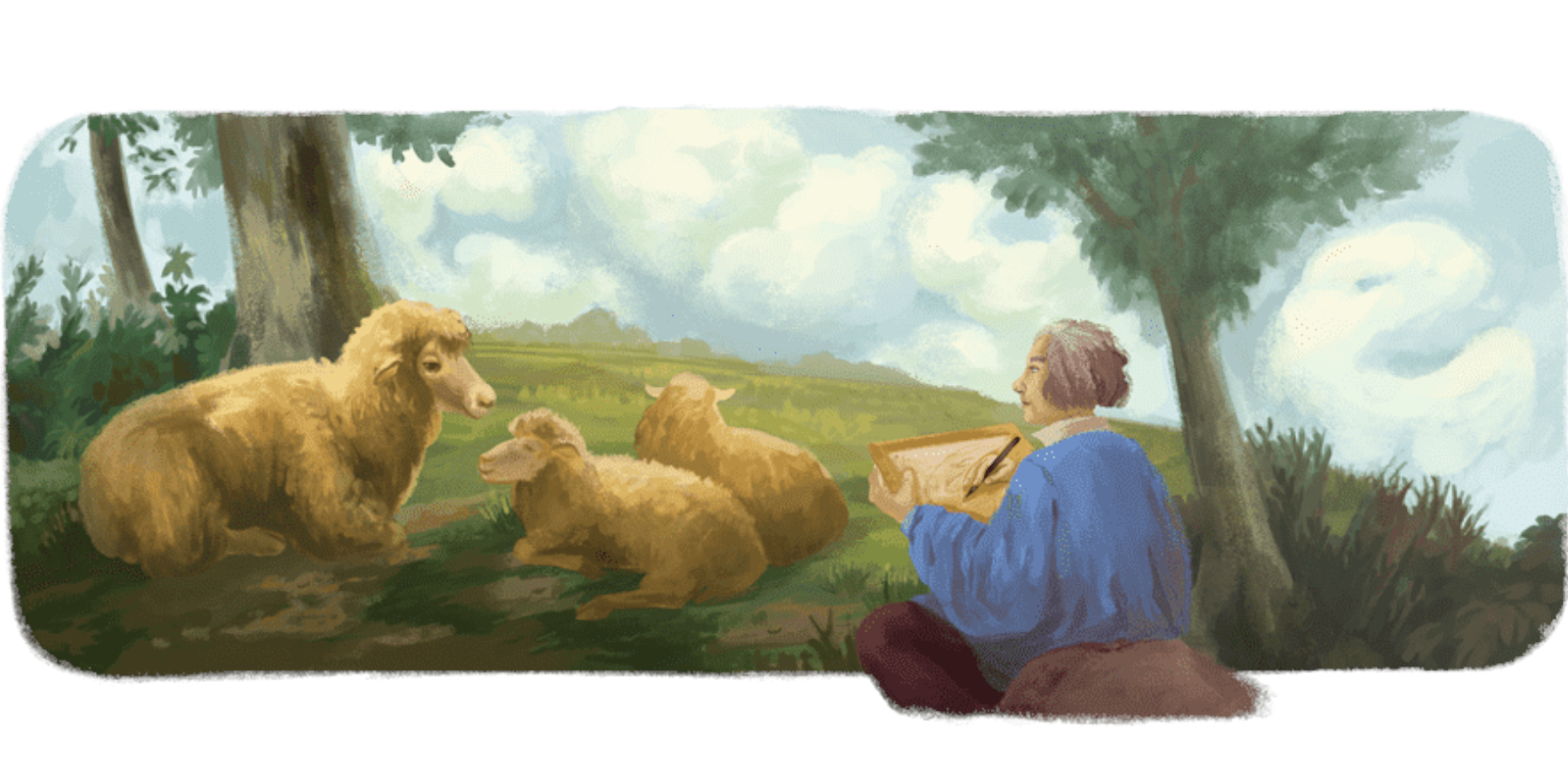 The Google Doodle has been used to draw attention to many different historical figures and events. Ever since the tradition of altering Google’s homepage logo started in 1998, the doodle has been helping millions of people learn about things they may otherwise not have heard about.

And today’s Google Doodle, depicting a woman drawing a group of sheep, is honoring a trailblazing artist who many people may not be familiar with: the French artist Rosa Bonheur.

Why is Rosa Bonheur Being Honored Today?

Google featured Rosa Bonheur in their doodle today in honor of what would have been her 200th Birthday.

On top of this, Google’s description of the doodle notes that Bonheur’s “successful career inspired a future generation of women in the arts.”

Who Was Rosa Bonheur?

Rosa was born on March 16, 1822, in Bordeaux. Rosa’s father, landscape painter Oscar-Raymond Bonheur, encouraged Rosa to practice and learn about the arts — very progressive parenting for the time, as the fine-art scene was entirely male-dominated, and highly exclusionary.

However, Oscar-Raymond encouraged Rosa because he was a follower of Saint-Simonianism, a socialist-Christian sect that believed women should be educated alongside men.

Quickly, the young Rosa showed a passion and talent for drawing animals. She would spend hours studying them, both in the fields and at local abattoirs, to perfect her understanding their form and anatomy. In fact, Rosa was so committed to the study of animal life that in later life, she would create her own menagerie of animals.

At age 19, she began exhibiting her work in the Paris salon. Her first pictures made her into a famous local artist, and she won many different awards for her work. She would also be commissioned by several art patrons, including the French government, for whom she would paint “Ploughing in the Nivernais,” one of her most famous works.

From there, Bonheur had success after success and won many awards, including the Spanish Commander of the Order of Isabella the Catholic, Belgium’s Order of Leopold, and most famously, the French Legion of Honor. Bonheur was the first woman to receive the Legion of Honor, making it a watershed moment in the award’s history.

Rosa passed away in 1899, her legacy as one of the greatest naturalist painters in history fully cemented.

Rosa’s skill with a brush wasn’t the only thing that set her apart from her contemporaries; Rosa eschewed traditional gender roles, keeping her hair short and presenting a more masculine appearance than was usual for the time. Even Rosa’s trips to animal stockyards, horse fairs, and slaughterhouses were controversial, because women were rarely welcomed into these male-dominated spaces.

Dedicated to her gender-nonconformity, Rosa even acquired special permission to wear men’s trousers from the local police department. This was due to a law introduced in 1800 called the “Decree Concerning The Cross-Dressing Of Women,” which “made it an offense for a woman to wear male clothes in public.”

This wasn’t the only way that Rosa bucked the gender roles of the time; she was outspoken about her love of masculine pursuits, as well as her general distaste of men, famously saying:

“As far as males go, I only like the bulls I paint.”

She had two long-term relationships during her lifetime, both with women. The first was with Nathalie Micas, whom she stayed with until Micas’ death, and then she entered a relationship with American painter Anna Elizabeth Klumpke, who painted a noted portrait of her. Rosa was extremely open about her relationships, though she was often said to argue that her personal life wasn’t anyone else’s business.

What Are Rosa Bonheur’s Most Famous Pieces?

Today’s Google Doodle references one of Rosa’s first popular pieces, 1840’s “Goats And Sheep.” This painting was exhibited alongside “Rabbits Nibbling Carrots” at the Paris Salon in 1841, drawing lots of attention to the then-new artist.

However, Rosa Bonheur’s most famous work is “ The Horse Fair,” which depicts the beautiful Boulevard de l’Hôpital on the day of its horse fair, and foregrounds several beautifully-realized horses, and the people gathered to view and work with them. In the center is a rider gazing directly at the viewer, and many art historians believe that this is a self-portrait of Rosa.

This painting received widespread praise when it debuted in the Paris Salon in 1853. It currently resides in the Metropolitan Museum of Art in New York City, after being gifted to the gallery by Cornelius Vanderbilt in 1887.