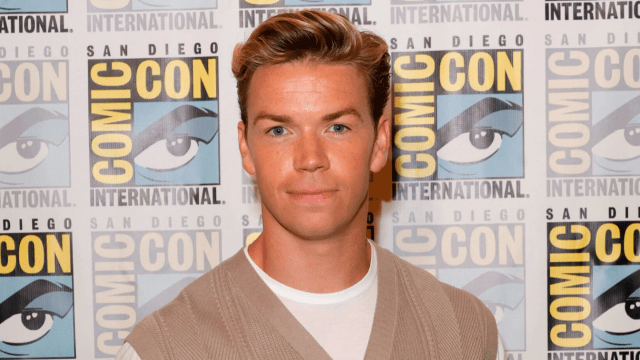 The Marvel panel at San Diego Comic-Con has been full of big reveals, emotional conversations, and appearances from new characters joining the Marvel Cinematic Universe.

One of those characters is Adam Warlock, and Will Poulter took the Hall H stage to talk about his involvement in Guardians of the Galaxy Vol 3.

Poulter as Warlock is a fitting role, but that didn’t stop the actor from feeling an immense sense of fear in taking on the mantle.

“I’m truly truly grateful, honestly. It’s pretty surreal to have ever even stepped on the ‘Guardians’ set. I’m a huge admirer of everybody on this stage, genuinely — and the franchise. From the outside looking in, I was absolutely terrified, but I was kind of welcomed into the family, and I couldn’t have been treated better by these folks. They’re all such wonderful people; they’re every bit as nice as they are talented, and I’m also really grateful that there was an appetite for Adam from the fans.”

He went on to say that he was grateful James, Kevin, and everyone at Marvel allowed him the opportunity to be part of something he admired so much.

The Guardians are quite the incredible group to be a part of in any capacity, and as one of the franchise’s greatest heroic sets of pals, we can’t wait to see what’s next.

Guardians of the Galaxy Vol 3 will hit theaters on May 5, 2023, and fans are anxiously awaiting Poulter’s big screen debut as Adam Warlock.