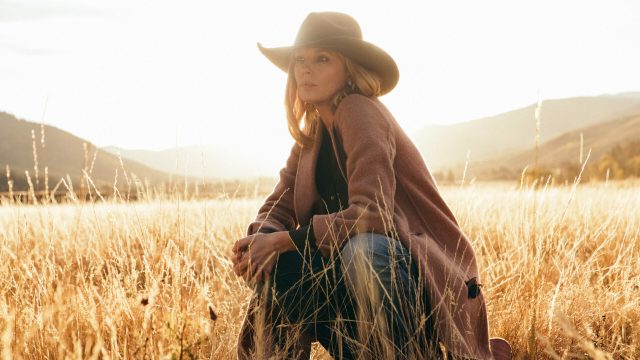 Yellowstone‘s Kelly Reilly is opening up about the fifth season of everyone’s favorite cowboy drama and what the new episodes will hold for the fiery and powerful Beth Dutton.

John Dutton’s only daughter and the person who sets out to protect him as if it’s the thing she was put on this earth to do; she’s an integral part of everything her father does. So as he signs on as Governor of Montana, Beth is quickly made Chief of Staff, ready to stand at his side and support his every move in office, even if they’re reluctant and full of hesitation.

In a recent interview with the Wrap, Reilly talks about the changes on the horizon. First things first, Reilly says that this season started off the way it did for several reasons, one of which was that fans needed to see how Beth would handle changes for her father, and his new career path would impact her life, professionally and personally.

We’re going to see something new with Beth this year, and after seeing her as a secure character for so long, it’ll be interesting to see the ways in which that frays.

“This season we start off with the world of dad becoming governor and Beth reluctantly being his chief of staff. And seeing how Beth handles that is fun. And Beth gets herself into a little bit of a situation that is not her best self. And we get to see Beth squirm out of a few things, which I don’t think we’ve really seen before. We always see Beth winning. There’s an unraveling this season, which was really nice to play because it’s not sustainable. And to see the cracks is what I’m interested in. And then you see her double down into that fierceness again. And she really does feel like a wild animal sometimes and so in touch with that primal instinct. She’s the one that says, “Kill or be killed.” She really has that mentality of some warrior in battle. It’s that high stakes for her, and it’s very black or white whose side you’re on. There’s all of that.”

Reilly then says things change up for Beth in another way, which undoubtedly involves her romance with Rip. Happily ever after looks different for this couple than it does for most, but at the heart of it all is family and her love for the man who saved her. She doesn’t want to live out the rest of their days on a beach, but riding off into the sunset does sound nice. However, even happily ever after comes with a set of challenges in the form of the home she grew up in and that dinner table that causes her to lose her mind each time she sits at it.

“And then later on in the season, I get to shift gears a little bit or she gets to experience maybe what life could be like if things were simpler and what happiness could be like for her. And that involves Rip and it involves her going out on a horse and rounding up cattle with her family. And you get to see Beth, you get to see her enjoying it. And it comes out of the fact that she doesn’t want to be left alone in that fucking house because they’re all going. She’s like, ‘Well I’m not going, I’m not staying behind here.’ I think she calls it a tomb or something. The house is so haunted for her, it holds so many bad memories.”

As far as what brings Beth back to that happy comfortable feeling? It’s a moment she can’t give too much insight into just yet, but it’s big; in fact, Reilly says it’s some of the best stuff they’ve shot so far, and she gets to get dirty doing it.

“She gets to go out with the family and all the cowboys and they go on this annual cattle run and to bring back the… And then there’s a huge big fair and it’s really… I don’t want to give too much away, but it really is my favorite stuff that I’ve shot on the show so far because I get to be out of the suit and out of the heels and really get my chaps on and get out and get real dirty underneath my nails.”

Beth hasn’t spent much time on a horse, which goes back to the traumatic experience of losing her mother. It’ll be emotional to see her on the back of a horse, free and wild, embracing the vast openness of the surrounding area, forgetting everything she usually clings to. Here’s to Beth letting her hair down, riding alongside Rip Wheeler, and the ways it’ll recharge her spirit. We love nothing more than when peace finds the Yellowstone ranch and blesses our favorite characters.