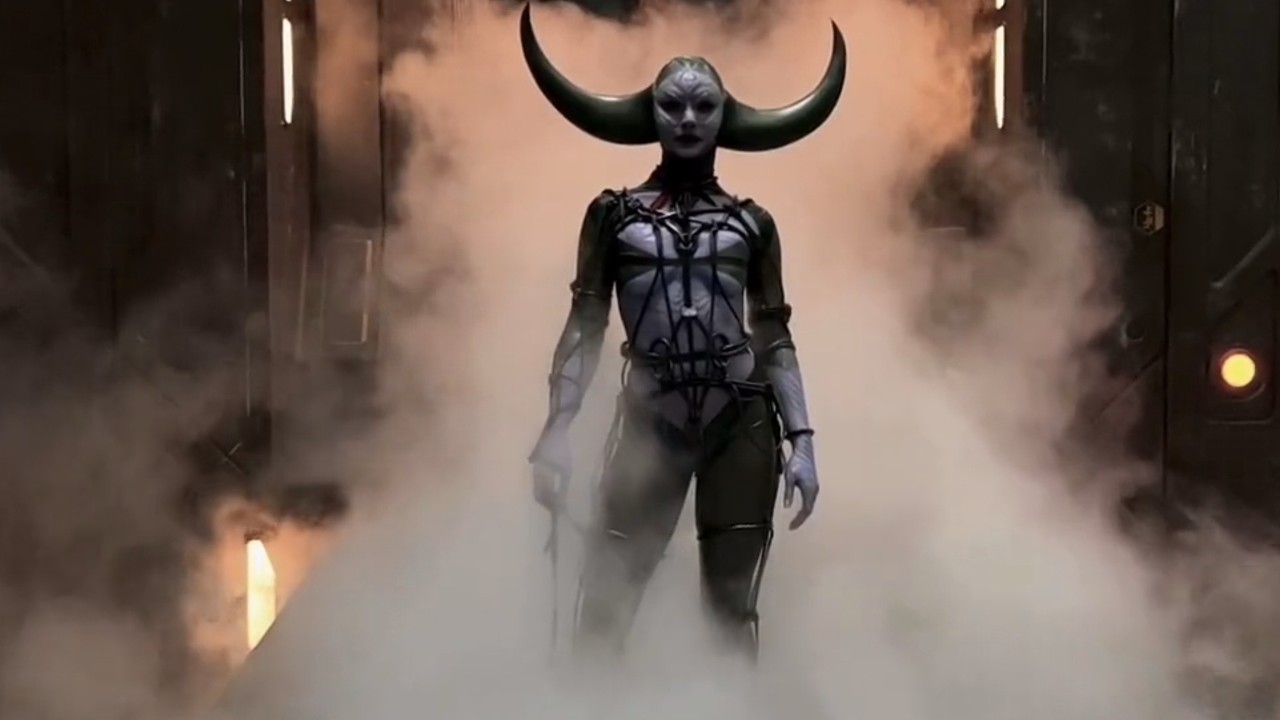 Zack Snyder is teasing a makeup test for his forthcoming Netflix film, Rebel Moon. It was all unveiled during the streaming service’s Geeked Week lineup of reveals for forthcoming content.

The 10-second video shows an alien-looking woman with giant horns, who only vaguely resembles a dark-and-gritty reboot of Rita Repulsa from Power Rangers, emerging from a shroud of fog.

The clip was enough to make Netflix themselves drop an expletive.

What we know about the film so far is that it started out as Snyder’s pitch for his own riff on a movie taking place in the Star Wars universe. But when things didn’t pan out in a galaxy far, far away, he decided to create his own. The movie is expected to be split into two parts and spawn a shared universe of its own.

Snyder is no stranger to creating shared universes in cinema, having helmed the interconnected films Man of Steel, Batman v Superman, and Zack Snyder’s Justice League. After departing from Warner Bros. and the DC universe of movies, Snyder moved on to Netflix, where he directed the epic zombie film Army of the Dead, something that has itself spawned a prequel movie, Army of Thieves, and a forthcoming prequel series, Lost Vegas.

We’re frankly rooting for Snyder’s hot streak to continue in the 2020s, since many of his more recent movies have generally garnered consistent praise from critics and fans alike. Though the director received much attention and success for movies like Dawn of the Dead and 300 in the 2000s, the 2010s was an era of mixed-to-poor critical reception for Snyder’s movies, such as his 2011 passion project Sucker Punch and others.

Rebel Moon is currently under production for Netflix and stars Sofia Boutella, Charlie Hunnam, and Cary Elwes, among others.