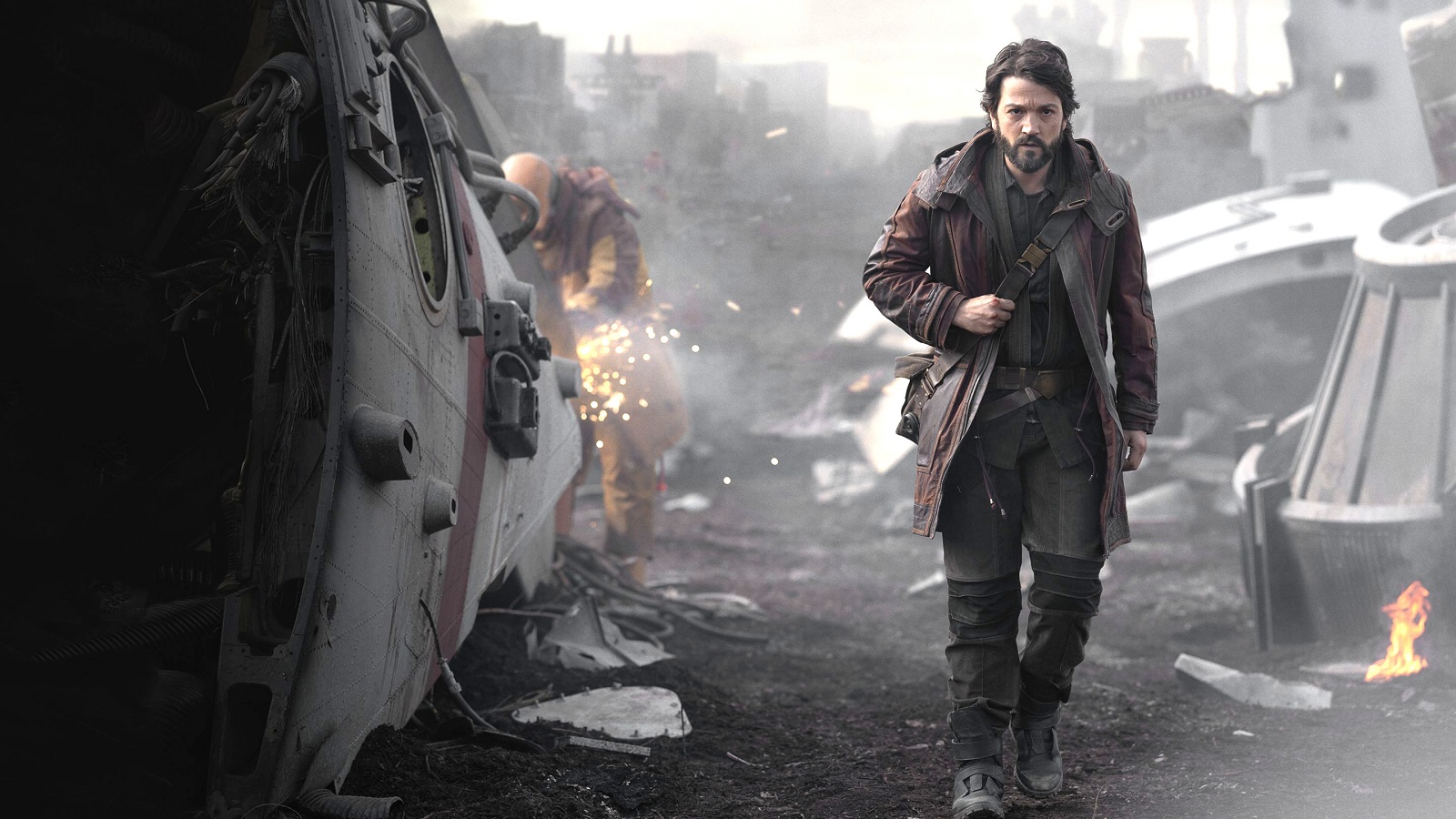 'Andor' lights the blue touchpaper on a new phase in world-building, 'Star Wars'-style. Clever, complex, and consistently worthy of attention, the series will remind audiences what this franchise is capable of creating. This should be mandatory viewing for those who love great storytelling, irrespective of the source material.

Surfaces slick with rainwater cast neon reflections into the night sky. Foreboding concrete buildings close in around a lone figure cloaked by darkness, who bows his head against the curious. Nearby, pounding bass beats assault the senses, while overzealous doormen admit revelers after an intrusive body search. Welcome to the world of Andor, streaming exclusively on Disney Plus from Sep. 21.

Gone are the reassuring remnants of a galaxy far, far away. Instead, what audiences are expected to welcome with open arms is a fully-formed world, which exists squarely in the Rogue One universe. One that sits in direct opposition to everything that entries like The Book of Boba Fett felt they got right – except Andor actually delivers.

This is complex storytelling told on a broad canvas, which never relies on tricks and effects to keep viewers interested. Everything that still makes Rogue One the best standalone Star Wars film seven years after the fact is in plentiful supply here, helped in no small measure by the presence of producer, creator, and Oscar-nominated screenwriter Tony Gilroy, who not only mirrors the show’s memorable predecessor in spirit, but manages to expand on its legacy whilst keeping things fresh.

Fronted by Deigo Luna on refined form as the returning title hero, Andor may exist within Star Wars cannon, but it lacks any sense of executive oversight. Kathleen Kennedy might be listed as a producer alongside Gilroy, but Andor is mercifully free of fan-baiting callbacks. A fact which not only benefits the slow burn structure of the opening four episodes, but will allow fans and newcomers alike to get lost inside this complex character study with ease.

Where the three patchy prequel tentpoles relied on nostalgia to makes their billions, Andor feels like a genuine departure from any type of creation by committee. Of the worlds audiences get to visit in the opening quartet of installments, each has a distinct identity, both visually and otherwise. Oscar-nominated composer Nicholas Britell (Moonlight) makes sure to compliment these onscreen choices with some inspired musical deviations, which constantly enrich the ever-evolving experience.

Production designer Luke Hull (Chernobyl) elevates things further by shaping the environments from a combination of materials, which directly reflect the industry of its inhabitants. Sheer glass structures signifies conformity through discipline, while other worlds are shaped through pragmatic mechanization where people are never afraid to get their hands dirty. Elsewhere, more rudimentary dwellings define the culture, where language and ritual rule above all else.

That is the universe which writers Gilroy (Michael Clayton), Beau Willimon (House of Cards), Dan Gilroy (Velvet Buzzsaw) and Stephen Schiff (The Americans) have fashioned here. Where motivations, not franchise expectations, consistently drive the story. A place where one fatal error can start a chain of events that ultimately determines the fate of so many. This is the beauty of Andor, which only becomes apparent upon repeat viewings, as subtle moments gain emotional resonance and continue adding depth.

On the surface, Andor may appear to have a minimal plot with limited scope, but in reality, each episode enriches through considered flashbacks, character-based pathos and genuine emotion. Standouts amongst the ensemble, above and beyond Luna, include Aria Arjona as Bix Caleen and Fiona Shaw as Marva, each of whom loves Cassian in their own way, often to the detriment of themselves and others.

However, Andor remains consistently impressive because it keeps things simple. With Disney’s deep pockets at his disposal, Gilroy only ever uses effects to enhance story through character. Where others may have used eye-popping visual distractions to hide paper-thin plot points – he always errs on the side of caution. Keeping the camera close, while set extensions and real-world locations do all the heavy lifting, ensures the series retains an authentic feel throughout.

As a result, Andor might well be the best standalone limited series yet to come out of the Disney machine. There is an urgency which emanates from the universe that makes it feel grounded, whereas other efforts beyond The Mandalorian have either felt under-developed, or relied too heavily on fan service. With Cassian Andor front and center, embodied with such eloquence by the leading man, audiences will finally have something else to celebrate.

'Andor' lights the blue touchpaper on a new phase in world-building, 'Star Wars'-style. Clever, complex, and consistently worthy of attention, the series will remind audiences what this franchise is capable of creating. This should be mandatory viewing for those who love great storytelling, irrespective of the source material.