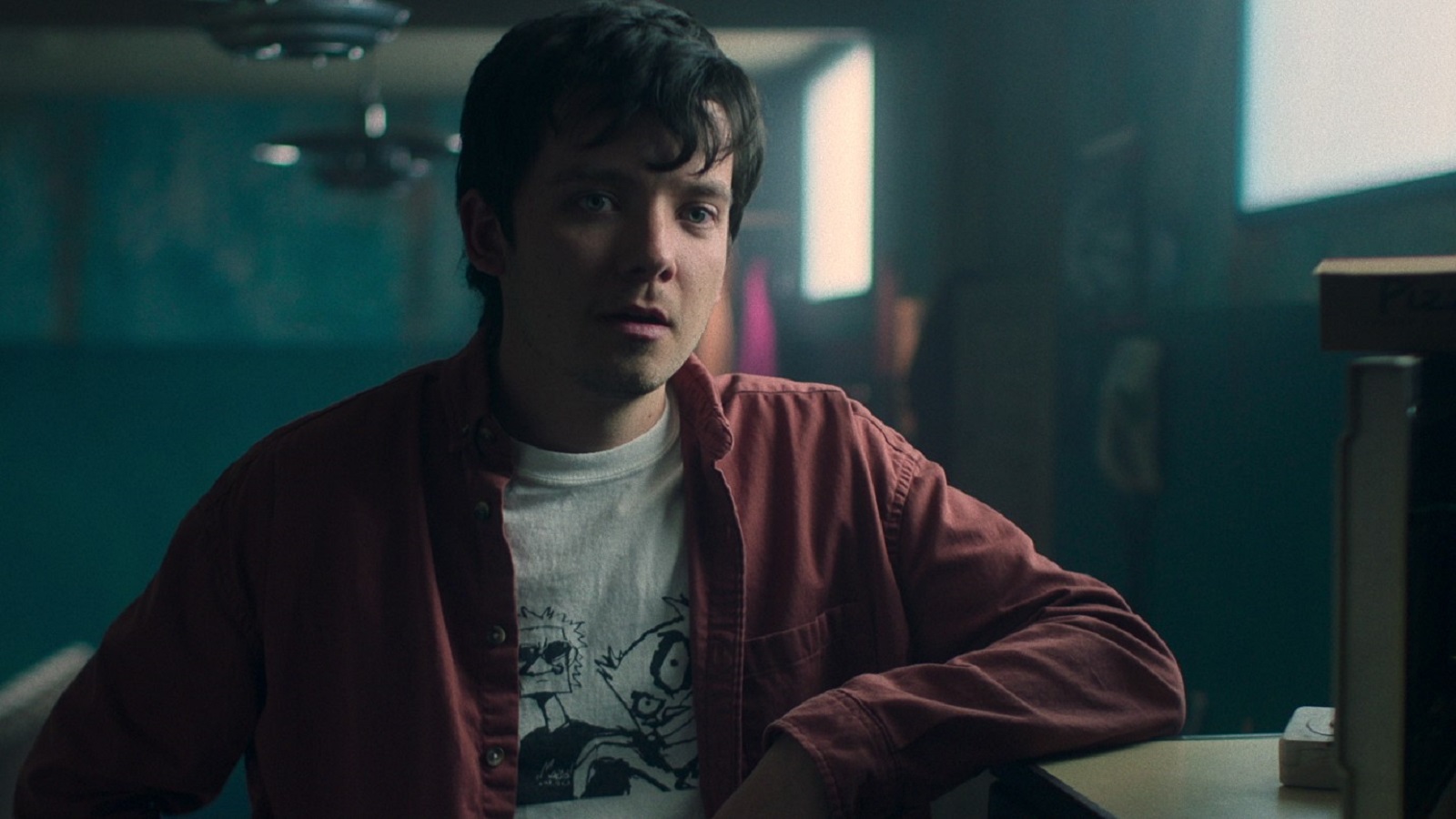 Choose or Die has some important things to say about the decisions we make.

It would be easy to write off Choose or Die as just another indie horror film, lost amongst a slew of other movies on Netflix. However, although the premise of a cursed computer game might seem pedestrian, in this case, necessity is the mother of invention —  if only because a small budget with big ambitions often offers more scope for story than a mega-money franchise with nothing but smoke and mirrors. This is a fact which hits home hard in the firm’s opening minutes, when the protagonist has some immediate difficult choices to make.

Locked away from his family, inside a temple to ’80s tech, something demonic is downloading through waves of white noise. Hal (Eddie Marsan) follows the on-screen prompts as they become increasingly accurate, marveling at the sophistication, as this game begins predicting his every move. Choice after choice is made as the fun slowly turns to terror, before he ventures outside his room to deal with the consequences. With his wife holding a kitchen knife in one hand and a tongue in the other, it slowly dawns on Hal what has happened.

With Choose or Die what co-creators Simon Allen and Toby Meakins have asked audiences to do is consider their options. When CURS>R (that’s how it’s styled) finds its way into the hands of Isaac (Asa Butterfield), before going on to influence his best friend Kayla (Lola Evans), certain horror tropes are instrumental in establishing their ground rules. The person who decides is the one who benefits, while an arbitrary victim must suffer as a result. Similar to the short story “Button, Button” by Richard Matheson, Choose or Die puts the moral impetus on the benefactor to make a decision.

As the punishments become more extreme and both friends are forced to level up, Choose or Die moves in a more formulaic direction. The sultry tones of horror legend Robert Englund are employed to induce fear and bring kudos, while these filmmakers unleash their endgame McGuffin. As Saw levels of deviance are explored and retribution is wrought on the unwilling, Choose or Die morphs into something else entirely.

At various stages, this small-budget indie film, which has landed on the world’s largest streaming platform, feels like an audacious hybrid. Retro tech and modern-day digital camera techniques merge to create something truly unique. Two-dimensional maze-based computer games take on a sinister edge, while 21st century audio fleshes out the 8-bit graphics.

Although the storytelling techniques at the disposal of Allen and Meakins are limited by money, there is no denying that Choose or Die gets better after repeat viewings. Those moments of tension and horror, which color so much of that first viewing, become less important a second time. For the audience, the focus shifts to Kayla and her mother, who live in a rundown tenement block rife with bad influences. As a result, their relationship is afforded more time and attention, since the horrific elements lose some shock value.

Shot in lockdown during the pandemic, Choose or Die also benefits as a whole from working under those challenging conditions. The movie features a minimal cast, large open plan spaces, and an overwhelming sense of degradation permeate almost every location. Aside from Hal’s architectural eyesore, which is all clean lines and leafy tranquility, everywhere else feels low-rent in comparison. Any special effects which are deployed also tie into this aesthetic as well, which in turn links back to the retro gaming vibe which runs throughout.

However, for any horror fans looking forward to an in-the-flesh Englund performance, just be aware that his entire performance happens over a phone. That makes it no less effective within the context of this piece, but for those hoping for a little more horror legend for their money, be warned that any type of face time is off the table.

One unexpected benefit to come out of Choose or Die is the presence of rock star-turned-composer Liam Howlett. What this former Prodigy front man provides is the musical heartbeat of Choose or Die, tapping into a retro vibe with pulsing synthesizers and aggressive electrical percussion. Not only that, but with the exception of a few essential Foley elements, Howlett does much more than score this movie. Incidental sound effects add depth and a savvy use of instrumentation provide crucial momentum during a select number of action sequences.

How Choose or Die is received by the fickle community of critics who chase after online audiences remains to be seen. There will be those who choose to demean and denigrate its creators for daring to put some skin in the game, while others will decide to be more supportive. Thankfully, this writer falls into the latter category, choosing to encourage audiences who might steer clear, having made their choice without considering all the options. In art as in life, our freedom of choice is often what defines us, so why let others rob you of the opportunity?

Choose or Die has some important things to say about the decisions we make.