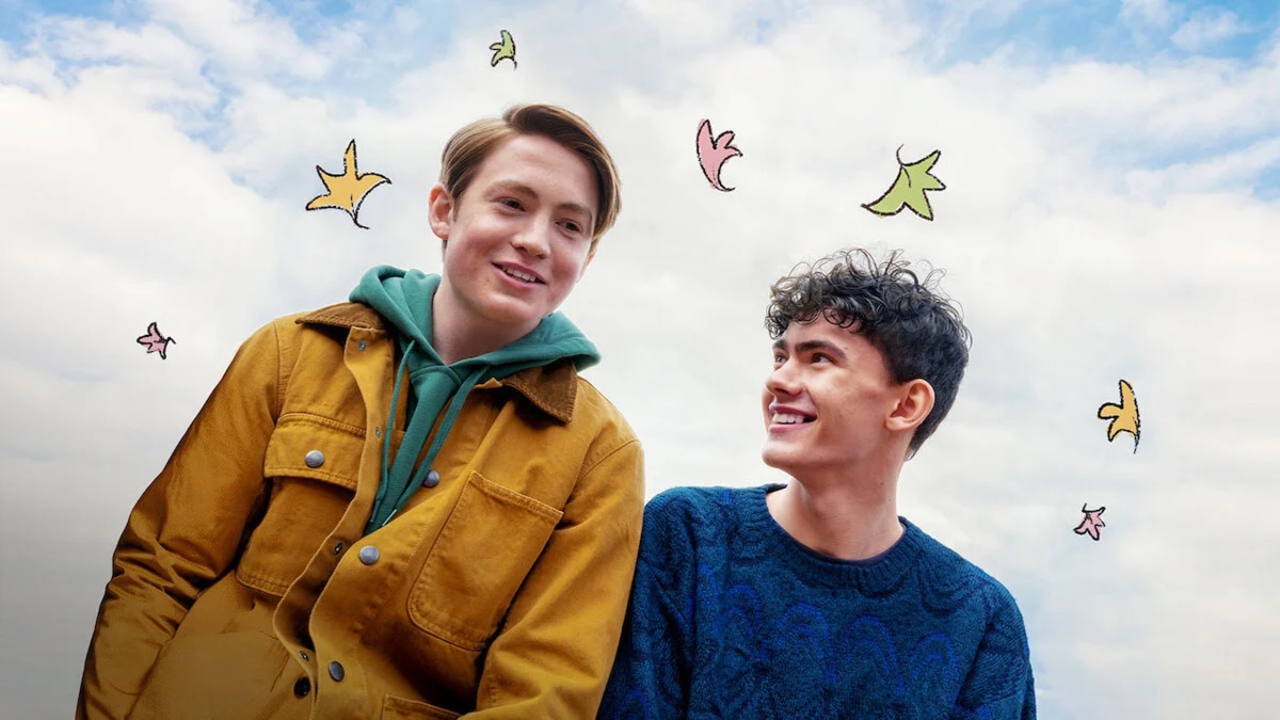 Image via Netflix
Review of: Heartstopper

Heartstopper refuses to engage in tropes of heartache and devastation surrounding gay relationships and instead sings an entirely different tune where gay, lesbian and transgender people are celebrated and given the happy endings they deserve.

Four years ago, Alice Oseman published her brainchild, the LGBTQ+ webcomic series Heartstopper, a touching coming-of-age story that follows Nick and Charlie, two students who meet unexpectedly and fall in love. Written as a love letter to LGBTQ+ youth, Oseman’s series was initially published on Tumblr and gained significant traction. After launching a Kickstarter campaign, Oseman earned enough funding and following to self-publish the remaining volumes. See-Saw Films acquired the rights to Heartstopper in July 2019 and Netflix greenlit a live-action adaptation, which premiered on April 22, 2022, with eight episodes.

Starring Kit Connor (Rocketman) as Nick and Joe Locke in his debut television role as Charlie, Heartstopper explores sexuality, gender and romance and it does so with a certain sensitivity toward LGBTQ+ related issues such as bullying, rejection and oppression. Throughout the series, Charlie is openly gay but suffers a lot of backlash from fellow students at his all-boys grammar high school, Truham. Euros Lyn (Doctor Who, Sherlock) deserves to be singled out for special praise, given that his direction truly shines. In particular, the cinematography feels immersive and experimental, which fits perfectly, given the overarching themes. At such an impressionable age, Nick and Charlie are under a lot of pressure to discover themselves, and Lyn chooses some tight close-ups to convey strong emotions and evoke sympathy in the viewers. There are some timely cutaways that draw attention to shoes, hands and objects to portray an important piece of information, even if it seems irrelevant; it could suggest a feeling, a longing, or visualize the “close but yet so far” dynamic that frustrates audiences just as much as the characters.

Evidently, Lyn worked closely with Connor and Locke prior to filming. Nick and Charlie have electrifying chemistry that completely normalizes LGBTQ relationships; their yearning doesn’t seem forced nor exaggerated for even a split second, which makes their romantic feelings for one another no less valid than if they were a male and female couple. Oseman’s creative vision bleeds through the Heartstopper series in every beat of its heart through Lyn’s expertise in the field of filmmaking. As far-fetched as it sounds, Nick may be even more relatable than Charlie in that he experiences uncertainty and doubt throughout his journey as a closeted bisexual. Connor portrays that apprehension and bewilderment in such a rich, authentic manner and after so much bisexual erasure in recent years, the community will be applauding him most of all. Needless to say, Locke embodies Charlie; he channels that frightened and silenced teenager with such believability that it blurs the line between fiction and reality. However, the most fulfilling part of all is that Nick’s bisexuality isn’t regarded as a pit stop on the way to Gay Town. Instead, bisexuality is given its own definition and its own spotlight, as it should.

On the subject of sexuality, let’s discuss representation. Heartstopper explores the lives of Nick and Charlie, but also Charlie’s friends; Tao, Elle, Isaac, Tara and Darcy. In the series, Elle is a transgender woman, but that detail is never explicitly mentioned, which is what Heartstopper does so well: subtlety.

Anyone familiar with Oseman’s work will already know that Elle (played by Yasmine Finney) is transgender, but the fact that Heartstopper treats it as such a common occurrence — and with such normalcy — is refreshing. There’s never a moment where Elle comes out and says it, but everyone knows it and treats her with as much respect (for the most part, besides a few transphobes) as any other person, which is representative of a society that integrates transgender people without needing to advertise their existence.

Next, we have Tara and Darcy, two lesbians whose relationship suffers from the dreaded “platonic BFF” syndrome. At first, they have to hide from the public and keep up the facade of two very close friends. Darcy is the loud and proud lesbian and Tara is more reserved. As the show progresses, we hear more about how Tara fears the opinions of others. When the relationship goes public, Tara is met with some unsavory comments, such as “you don’t look like a lesbian”, reactions that, sadly, have yet to be wholly resigned to history. Heartstopper focuses on Nick and Charlie’s relationship, yes, but it branches out into other important issues surrounding stigmatization in the LGBTQ community and, coming from an LGBTQ viewer, the positive representation is much appreciated. These depictions have an affirmative influence on the youth of today that any aged 20 to 40 will no doubt wish they had growing up.

Heartstopper has some cheesy moments, such as the sporadic on-screen animations that communicate infatuation, love, nervousness and other intense emotions. These are sometimes misplaced, which is perhaps the show’s only downfall, but the intentions are clear and for the most part, the animations add an element of novel insight into what the characters are thinking/feeling. Heartstopper has its cliché moments like romantic kisses in the rain, adorable play-fighting, and the heart-stopping (no pun intended) anxiety or giddy excitement that comes from texting a crush.

One of the most important things that Heartstopper does is that it allows LGBTQ youth to see themselves in these characters who are wide-eyed and bushy-tailed, still exploring themselves and the world around them but managing to come through all the stress and the strife to discover who they are and what makes them happy. Heartstopper refuses to engage in these tropes of heartache and devastation surrounding gay relationships and instead sings an entirely different tune where gay, lesbian and transgender people are celebrated and given the happy endings they deserve.

For anyone who hasn’t seen it yet, Heartstopper is a must-see for young LGBTQ people to realize that it is more than acceptable to be yourself, regardless of who you are or who you choose to love. For the older generation, let it be a reminder that progress is happening; the world is improving — little by little — and even if those small changes seem insignificant right now, they will eventually lead to a better, brighter future for the LGBTQ community where we won’t need to “come out,” we’ll simply say we’re in love and that’s all that matters.

All eight episodes of Heartstopper are available to watch now on Netflix.

Heartstopper refuses to engage in tropes of heartache and devastation surrounding gay relationships and instead sings an entirely different tune where gay, lesbian and transgender people are celebrated and given the happy endings they deserve.