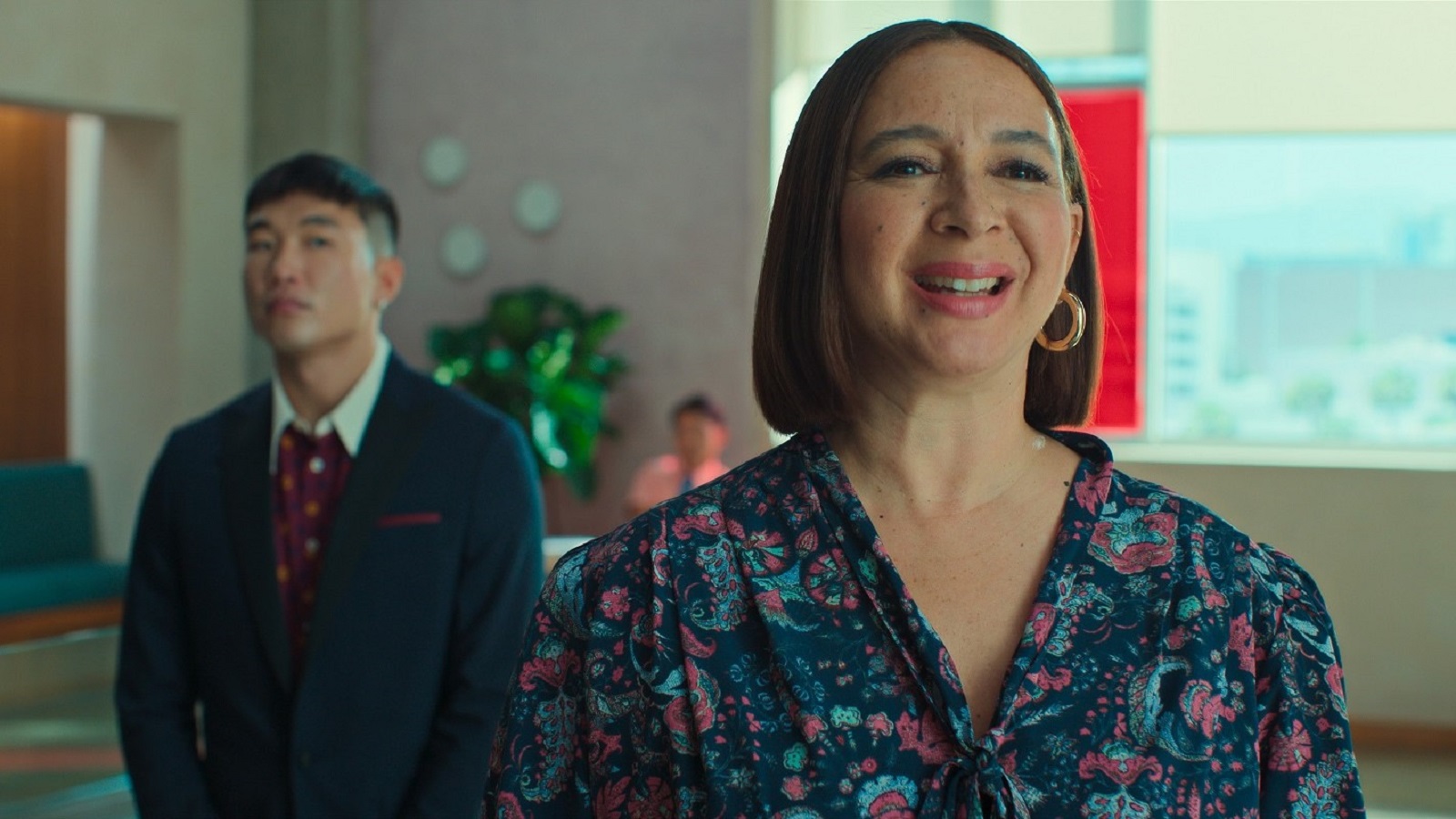 via Apple
Review of: Review: 'Loot' fails to find comedy or drama in its filthy rich premise

'Loot' feels like a missed opportunity, as it burns through precious screen time establishing aesthetics, rather than focusing on character creation. Leaving a supremely strong cast to deliver depth, while story falls by the way side.

If ever an Apple original could be accused of suffering from first world problems, then Loot would be the one. In a series of 10 30-minute soundbites, audiences will quickly become acquainted with Molly (Maya Rudolph) and John Novak (Adam Scott), a couple who are propped up by his billion-dollar tech empire, affording them unlimited financial freedom alongside an ability to indulge every whim. Not a premise which immediately invites audiences inside and encourages empathy, then.

In fact, those early episodes, which see Molly discover an affair between John and his assistant Hailey (Dylan Gelula), may well make some people turn off completely, as writers Alan Yang (The Good Place) and Matt Hubbard (Parks and Recreation) rarely deliver any degree of character comedy which works.

Any sense of momentum that might have been created over those first two half-hour chunks is wasted, as viewers are bombarded with opulence across numerous levels, in a mansion featuring split level swimming pools amid acres of polished marble. Color-coded supercars complete this decadent overload, while an endless parade of friends and family populate Molly’s 40th birthday celebration.

Between the two principals in these initial episodes, Scott wins out by a hair, making John supremely conceited yet indifferent to Molly’s every desire. Rudolph, on the other hand, goes from demure and detached before landing on apoplectic in the final 10 minutes of an underwhelming opener. Nobody else trying to act really makes an impact, since they are given neither a dramatic opportunity to do so, nor any type of narrative foothold.

It takes another 30 minutes of wasted segues and paper-thin character moments before Loot finally finds another gear, as Molly stops wallowing in self-pity (and her slice of the Novak fortune), having been pampered into a state of apathetic indifference. This is when her personal assistant Nicholas (Joel Kim Booster) starts to claw back some screentime, as the writers finally give character creation some attention.

However, even as Molly begins her journey of self-discovery, which includes the realization that wealth is also there to help others, something still stands in the way of making this show work. It has nothing to do with the figures who imbue Molly’s foundation with purpose, but rather that comedy and humor are still in very short supply.

Arthur (Nat Faxon), Howard (Ron Funches), Ainsley (Stephanie Styles) Rhonda (Meagen Fay) and manager Sophia (Michaela Jae (MJ) Rodriguez) make Loot worthwhile, though, by offering solid performances which bring depth to the show that otherwise threatens to capsize under the weight of its own narcissism. Thankfully, these characters offer Loot a dramatic lifeline, which in turn provides some essential momentum, and even a few comedic moments.

That being said, there are also minor problems with this crucial development, since some instances of bonding which occur between them feel forced. The evelations shared between Howard and Nicholas are the most obvious, as the former encourages the latter to pursue his dream of acting – that ultimately causes more harm than good.

In a series of small vignettes which are both funny and touching, these two people form a friendship which leads to this life-changing decision, one that coincides with Molly deciding to tackle her ex-husband John through a series of probing television interviews. Needless to say, things go awry, and Rudolph is finally given the opportunity to let loose and give Loot its first genuinely funny moment. It’s one that proves the show has promise, even if it starts making good on that way too late.

By squandering those early opportunities with lavish production design, vacuous diversions, and two principal players who are wasted, the series really struggles to recover. Even if things pick up after an hour, there is simply no excuse for Loot to be so lackluster in the first place.

With executive producers on board including Natasha Lyonne (Russian Doll) and leading lady Rudolph, this Apple original had so much potential on paper, which is why it feels like a great premise that somehow lost sight of what it wanted to say, whatever that might have been. Something which will no doubt remain a mystery long after Molly learns her life lessons and finds closure.

Review: 'Loot' fails to find comedy or drama in its filthy rich premise

'Loot' feels like a missed opportunity, as it burns through precious screen time establishing aesthetics, rather than focusing on character creation. Leaving a supremely strong cast to deliver depth, while story falls by the way side.