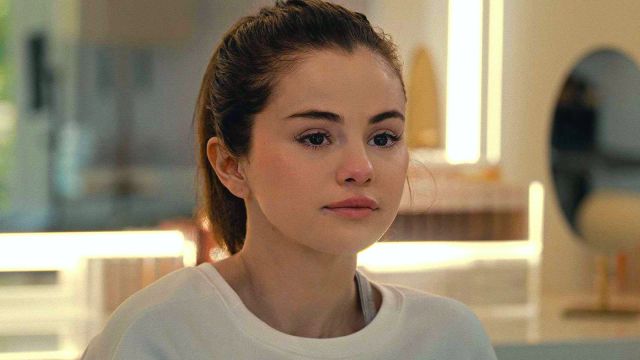 Image via Apple TV Plus
Review of: Selena Gomez: My Mind and Me

'My Mind and Me' is a lot more than just a celebrity documentary, anchored in Selena Gomez's genuine personality and ability to lend her platform to others.

For the general public, Selena Gomez is the exemplary child star, successfully and elegantly transitioning into adulthood in front of the world’s eyes in a palatable, parent-friendly way, without much of a rebel phase, and always keeping her composure. Sexy enough to be intriguing, but never enough to be vulgar. Well-spoken, and generally uncontroversial.

Gomez’s new documentary, My Mind and Me, directed by Madonna: Truth or Dare‘s Alek Keshishian, is maybe the farthest she has strayed from this often suffocating public image, and definitely her most vehement rejection of it to date. And that’s exactly why it’s brilliant.

“Let me make a promise. I will only tell you my darkest secrets,” Gomez narrates at the start of the 95-minute-long documentary. It’s a promise she keeps. There is no gratuitous flattery in the film, and it’s not a pretty picture that Keshishian is painting. Gomez allows him to film her in the rawest shape she has ever been filmed in, from struggling to get out of bed, to (understandably) badmouthing the type of vacuous promo she’s asked to do for her album.

My Mind and Me was originally meant to be a concert film about the singer’s 2016 Revival Tour. It accidentally became a project about the start of her journey toward understanding and coming to terms with her mental health. Gomez canceled the tour after 55 shows. At the time, she cited anxiety and depression caused by her lupus diagnosis, but that was just scratching the surface.

The singer had to check into a mental hospital after experiencing a psychotic break, where she was later diagnosed with bipolar disorder. The film picks back up again in 2019 when Gomez felt ready to talk about the experience. It follows her through the release of “Lose You to Love Me,” her trip to Kenya in support of her work with WE Charity, and spends some time on her promo efforts in London and Paris. There are also scenes of her visiting her hometown, old school, and childhood friends during the pandemic.

Throughout, there is one clear battle in Gomez’s mind. She can’t stand the vanity of her profession, she feels like a “product,” and has panic attacks every time she has to talk about future brand plans. However, she knows she can’t possibly give up her platform because that is the only way she can achieve the bigger goals that truly fulfill her.

Keshishian constructs his film in a way that doesn’t make space for pity or for unearned pats on the back. There is always going to be a disconnect that surrounds celebrities, that doesn’t invalidate their very particular soul-draining experiences, but does starkly contrast with the people from “real life” they cling on to for inspiration.

Gomez’s interactions with Joyce, a woman from her childhood neighborhood she used to taunt, or Betty Chep, a nursery student at WE College in Kenya, could easily come out as try-hard or performative in anyone else’s documentary, but because you can believe that the pop star is truly listening and learning, they feel genuine instead.

Gomez combats the inescapable spotlight that comes from always being the most famous person in the room, and the literal subject of the film we’re watching, by lending her voice to others, and often giving them long moments to share their own experiences with mental health.

The title cards at the end of the documentary reveal that Gomez extended her work way beyond the filming for My Mind and Me, and is still working towards creating a curriculum to teach mental health in schools. The documentary takes on a bigger purpose than the voyeuristic need to peek at a celebrity’s personal life by showing a real intention to help others like Gomez.

My Mind and Me doesn’t try to be eulogistic. In fact, it challenges a lot of what Gomez’s public image was once built on. She disses her Disney past, and is hypercritical, and catatonic, but she is also earnest, unpretentious, and resolute.

The documentary, although formulaic, and punctuated by tacky sequences of Gomez narrating passages from her journal over performative images that feign depth, is, in its majority, an uninhibited look into the challenges of dealing with mental illness, which is obviously exacerbated by a life in the public eye.

My Mind and Me is available to stream now on Apple TV Plus.

Selena Gomez: My Mind and Me

'My Mind and Me' is a lot more than just a celebrity documentary, anchored in Selena Gomez's genuine personality and ability to lend her platform to others.