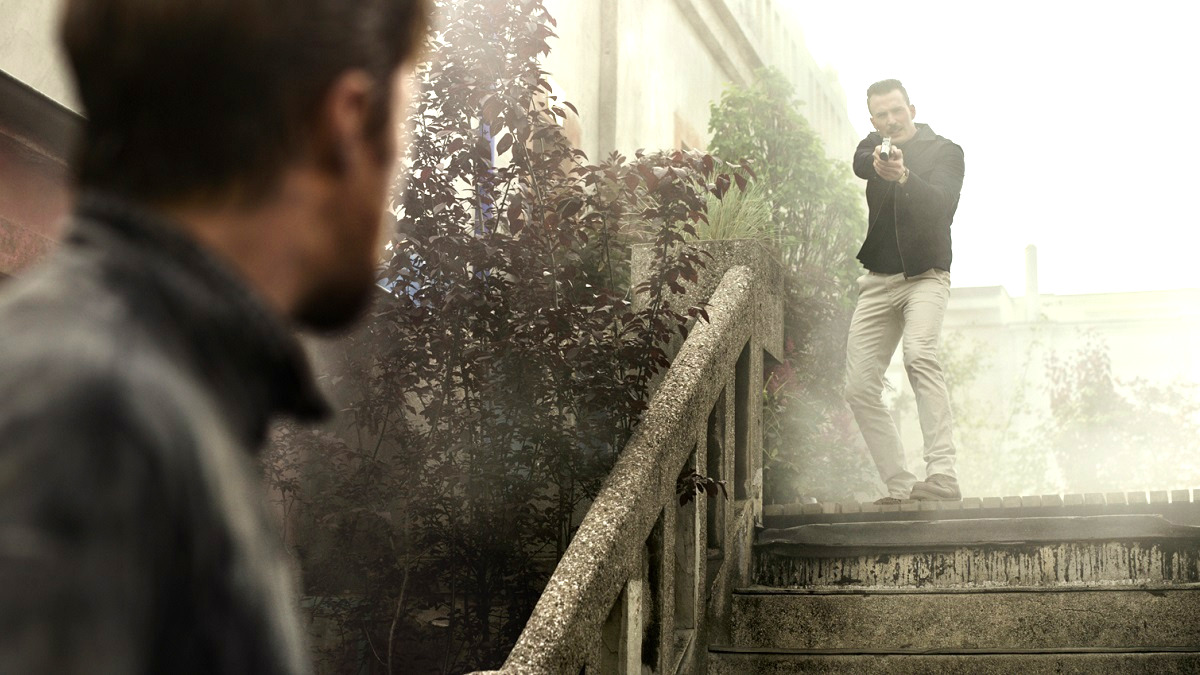 'The Gray Man' delivers on its promise of spectacular globetrotting action escapism, but there's a noticeable spark missing that could have elevated it above formula and into greatness.

For a company that offers greater creative freedom to its filmmakers than arguably any other major studio in Hollywood, Netflix’s biggest and costliest original blockbusters often tend to stick rigidly to the same broad formula, with Joe and Anthony Russo’s The Gray Man the latest to arrive on the scene when it premieres this coming Friday, July 22.

Much like David Ayer’s Bright, Michael Bay’s 6 Underground, J.C. Chandor’s Triple Frontier, and Rawson Marshall Thurber’s Red Notice, the globetrotting spectacular takes well-known directors and a star-studded ensemble cast, cuts them loose in a string of locations (both glamorous and otherwise) dotted around the world, and has them deliver a frustratingly by-the-numbers action epic that shows flashes of greatness, but all too often devolves into formulaic territory.

Just like the aforementioned big budget Netflix exclusives, The Gray Man features almost wall-to-wall action sequences, several of which are impressive in their design and execution, but there’s always some inconsistent CGI or glaringly obvious greenscreen lurking just around the corner.

The majority of the cast are pigeonholed with one-note archetypes, but the talent do their best to elevate the material through sheer strength of will. The story does have a finite beginning, middle, and end, but the last 10 minutes are nothing but pure sequel bait. The company scoffs at the notion everything is driven by the almighty algorithm, but it can’t be a coincidence that so many expensive mass-marketed genre flicks are all cut from a suspiciously similar cloth.

That’s not to say The Gray Man isn’t an entertaining slab of glossy escapism, when it provides more than enough bang for the buck of your monthly subscription fee. As mentioned, the visual effects overload can get a bit much (especially when several scenes are obscured with various digitally-enhanced forms of smoke and/or dust), but the set pieces sing loudest at their most practical.

The Russos have been keen to hype up the showstopping Prague detour as The Gray Man‘s standout moment, but just like the rest of the action beats, less would have been more when the over-reliance on CGI serves only to ruin the immersion and stretch suspension of disbelief to breaking point. Scenes of hand-to-hand combat and frenetic chases are comfortably superior to those of plane crashes and wanton destruction, because even in the modern era, nothing hits harder for adrenaline junkies quite like a tangible set of stunts.

The plot aims to find the middle ground between Jason Bourne and James Bond, which leaves the movie scrambling to settle on an identity of its own. The influence and fingerprints of Matt Damon’s amnesiac super spy are all over the crunching vehicular carnage unfolding all across Europe and the shady government conspirators trying to cover their own tracks, while the 007 elements involve a data drive MacGuffin, covert operatives pulled from all corner of the globe, and a hammy scenery-chewing principal villain with a noticeable defining feature.

Speaking of which, Chris Evans and his mustache waltz into the frame and completely steal The Gray Man from everyone and everything else, and it’s not even close. The actor is really the only member of the core cast allowed to go for broke and bring some personality to a familiar role, and his infectious energy, comedic asides, and over-the-top zeal makes Lloyd Hansen a deliberate caricature that works. He’s evil, he wears slacks and loafers without socks while committing atrocities, and he wants you to know that he’s loving every minute of it.

On the other side of the coin is Gosling’s stoic and reserved Six. Not every action hero needs to drop a quip a minute, and while the actor’s physicality is commendable in his first-ever leading role in a huge studio-backed actioner, the reformed convict turned elite-tier assassin is more of a cipher that drives things forward, as opposed to a fleshed-out character in his own right. As one of his generation’s finest talents, though, the two-time Oscar nominee does convey plenty of emotion and personality through his performance that isn’t present in the screenplay, leaving us ready and willing to see more of him as a gun-toting badass.

The same lack of dimensionality can be said of Ana de Armas’ Dani Miranda, too, but again, such sins are easily forgiven in a fit of giddy glee when she stomps onto the scene with a rocket launcher in the third act to cause absolute (and gloriously entertaining) havoc. She’s essentially the point B that connects Six’s A to the C of Regé-Jean Page’s Denny Carmichael, and while that’s arguably a necessity from a storytelling perspective, de Armas is as underused here as she was in No Time to Die.

Jessica Henwick has proven herself to be a certified badass several times over in the likes of Iron Fist and The Matrix Resurrections, so it’s disappointing to see her confined to a boilerplate CIA higher-up that isn’t even allowed to get her hands dirty. Page acquits himself well as the man behind the men behind the attempts to erase Six from existence, but heavyweight veterans Billy Bob Thornton and Alfre Woodward get precious little to do other than bring the requisite gravitas to underwritten parts.

Tamil cinema superstar Dhanush bursts onto the scene and kicks voluminous amount of ass, but he swiftly exits minutes later via a baffling character decision. That’s The Gray Man in a nutshell; it’s fine for what it is, and delivers exactly what was promised, but it’s frustrating that a higher bar hasn’t been cleared when all of the ingredients were there to accomplish it with relative ease.

The Russo brothers throw plenty of style and visual flair into the mix, and they’re getting closer to dispelling the rumor they struggle in the blockbuster arena without the Marvel Cinematic Universe to lean on, but the tendency for overindulgence that blighted last year’s crime caper Cherry rears its head again. Just because Netflix will let you do whatever you want however you want to do it, that doesn’t mean it’s always the best option.

Trim 10-15 minutes off the running time, forego some of the computer-generated chaos in favor of more old school in-camera pyrotechnics, and tighten up a plot that gets a little too flabby for its own good, and The Gray Man could have been something special. Instead, the end result is yet another A-grade Netflix blockbuster that entertains in fits and starts, delivers well-rounded thrills and excitement, and is guaranteed to draw in monster-sized viewing figures, but one that could (and really should) have been so much more given the parts involved in its assembly.

'The Gray Man' delivers on its promise of spectacular globetrotting action escapism, but there's a noticeable spark missing that could have elevated it above formula and into greatness.