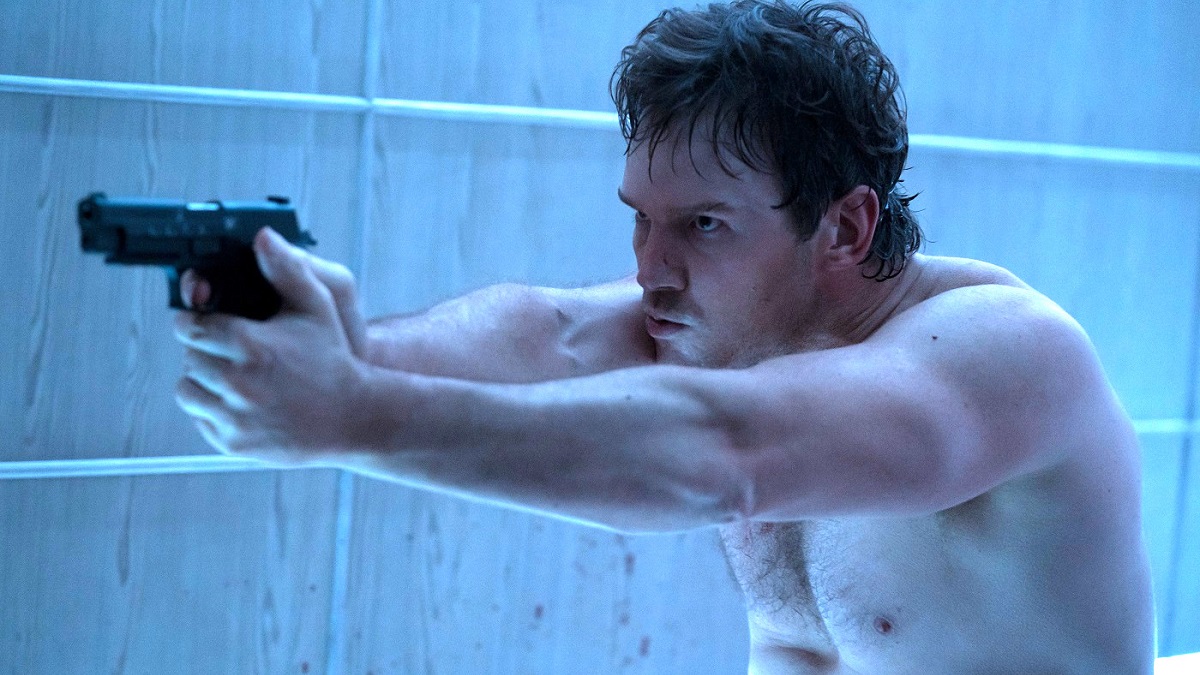 via Prime Video
Review of: Review: 'The Terminal List' is blockbuster TV that packs a serious punch

'The Terminal List' might not be for everyone, but action junkies will get a kick out of the constant shifts in genre that provide plenty of scope for spectacular set pieces among the surprisingly hard-hitting drama.

Thanks to the involvement of Chris Pratt as star and executive producer, in a project that also happens to mark the A-lister’s first recurring small screen role since his Parks and Recreation days, The Terminal List (which premieres this coming Friday, July 1) arrives under the weight of expectation as the actor’s second high-profile Prime Video exclusive following last summer’s blockbuster sci-fi The Tomorrow War.

Even though one is an eight-episode literary adaptation grounded in the real world, and the other is an escapist epic revolving around time travel and alien invasion, there are a couple of similarities between the two. In both, Pratt plays a family man torn apart by circumstances outwith his control, who receives a huge helping hand in accomplishing his goals through his military training. Unfortunately, another thing they have in common is that they treat themselves far too seriously, with The Terminal List arguably suffering more because it can’t lean back on fantastical CGI-driven spectacle to provide jolts of giddy escapism.

That’s not to say it’s a bad show, when there’s a lot to love about the action-packed series that crams almost every imaginable genre into its melting pot of twists, turns, set pieces, double-crosses, grief, trauma, and even more besides, but a little levity often goes a long way. In the case of The Terminal List, that begins and ends with Pratt and his performance.

The first episode sets the stage for everything that follows, with Pratt’s James Reece left as the sole survivor of an ambush that wiped out his entire Navy SEAL platoon during a botched mission behind enemy lines. Upon his return home, the distinguished soldier is plagued by conflicting memories of what went down that fateful night, with events quickly spiraling out of control as he uncovers a conspiracy in play that rises to the highest ranks of both the military and government, forcing him to seek out the truth on his own, and by any means necessary.

Pratt rose to the Hollywood summit largely due to his affable charm and natural charisma, something that’s never allowed to shine in The Terminal List. Instead, Reece is deadly serious throughout, and although it takes a bit of getting used to seeing him play so steadfastly against type over the course of the first hour or so, there’s always the lingering feeling that you can’t genuinely buy him as a relentlessly unstoppable killing machine, despite the clear amount of training that went into pulling off the precision-engineered action sequences.

Like a lot of elements found in The Terminal List, he isn’t terrible in the role, but you get the distinct impression that it was a very deliberate choice to try and subvert his established persona, albeit one that only really works in first and starts and often works against any sense of momentum and propulsion as opposed to complementing it.

Along the way, Reece’s path crosses with countless supporting players, the vast majority of whom manage to elevate archetypal characters that could have come across as one-dimensional on the page. There’s Constance Wu’s intrepid reporter Katie Buranek, who forms a tenuous alliance with the wanted fugitive due to their shared determination to uncover the truth, which marks a welcome (and winning) change of pace for an actress best known for her comedic work.

Katie herself gets drawn into the web of JD Pardo’s dogged federal agent Tony Layun, with Taylor Kitsch providing much-needed bursts of world-weary resignation and wry asides as Reece’s longtime friend and former comrade-in-arms Ben Edwards. Along the way, the central narrative also has to make room for the outstanding Jeanne Tripplehorn’s Lorraine Hartley, a high-ranking official who never reveals her true intentions or motivations, Jai Courtney’s scene-stealing and sneering corporate d*ckhead, Riley Keough as Reece’s loyal wife Lauren, Tyner Rushing as our hero’s pilot/confidant Liz Riley, and countless other figures who flit in and out of the story as things progress.

There’s a lot going on at any given time in The Terminal List, and while the pace can often be slowed to a crawl to justify the eight-hour running time, the talent help prevent things from slipping into outright tedium. Of course, this is a mega budget streaming series at the end of the day, and one area where things definitely can’t be faulted is in the action and stunt department.

The Terminal List is absolutely loaded with brutal hand-to-hand fights, frenetic shootouts, fast-paced car chases, a myriad of deafening explosions, and a ridiculously high body count. Following on from fellow Prime Video exclusives like Jack Ryan and Reacher, don’t be surprised if this ends up being the hottest show of the summer for dads all around the world.

It’s a cliche when you hear creatives describe their latest endeavor as being one long movie that happens to be split into episode-sized chunks, but that definitely applies to The Terminal List. Each hour boasts a distinctly different and unique flavor, whether it’s full-blown balls-to-the-wall action that wouldn’t feel out of place in one of Pratt’s big screen projects, a First Blood-esque detour into the woods, cat-and-mouse espionage and intrigue full of infiltration and counterintelligence, or a segue into domestic terrorism that packs a hefty thematic punch.

Impressively, it never feels like action for the sake of action, though. Sure, everything is heightened and shot with visual style and plenty of big budget polish, but decisions made by the central protagonists and antagonists always lead to the next high spot, so everything remains driven organically by character to a certain extent, an undeniably praiseworthy achievement in a show that delivers and then some when it comes to the design and execution of its regular bursts of edge-of-your-seat intensity.

While you could make the argument that The Terminal List didn’t need to take itself quite so seriously at all times, the entire run of episodes is defined by darkness of both an internal and external variety that will hit very close to home for a lot of viewers, so it’s not as if Pratt or his co-stars dropping quips and one-liners after each explosive action beat would make things any more palatable.

Then again, if you’re seeking an easily-digestible series that has almost everything you could hope to see from a prestige project, then look no further. If you’re entirely sold on the prospect of seeing the action, thriller, political intrigue, and corporate espionage subgenres blended together and coated in an added exploration of PTSD, mental health, and governmental cover-ups, often in incredibly on-the-nose fashion, which is then slathered in hard R-rated violence that doesn’t shy away from racking up an eye-watering body count (but only if the victims are determined to be worthy collateral damage), then The Terminal List is right up your street.

In retrospect, writer and showrunner David DiGilio, along with fellow executive producer Antoine Fuqua, author Carr, and EP/leading man Pratt, faced a difficult task in wrangling so many disparate threads together into a satisfying whole. We’ve got the sneaking suspicion that The Terminal List may prove to be polarizing among fans, critics, and at-home audiences, but those won over by its charms will be suitably enthralled from start to finish.

It might not be as deep as it wants to be (or occasionally thinks that it is), but when The Terminal List sings, it’s a high-octane blast of Hollywood entertainment that reminds you why the streaming wars are more than happy to throw exorbitant amounts of money to secure the biggest and best names in the industry to headline in-house exclusives that throw every penny up there on the screen.

Review: 'The Terminal List' is blockbuster TV that packs a serious punch

'The Terminal List' might not be for everyone, but action junkies will get a kick out of the constant shifts in genre that provide plenty of scope for spectacular set pieces among the surprisingly hard-hitting drama.