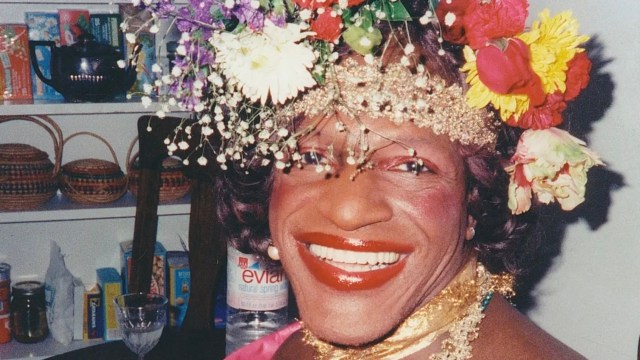 The true crime genre is filled to the brim with documentaries, books, and podcasts to keep its fans sated. Murderinos, as they are often called, are always looking for the next true crime story to get into. However, like in most cases, the most popular true crime stories tend to be centered on cisgender and heterosexual people.

If you’re ever in the market for some entertaining, yet horrific cases centered around queer folk, then look no further. From the stories about queer murder victims to the queer murderers themselves, there’s a wealth of intriguing and captivating podcasts to immerse yourself into for a different kind of true crime experience.

Here are five of the best LGBTQ+ true crime podcasts for ‘murderinos’ everywhere.

True crime media is often associated with an air of doom and gloom as these harrowing and gruesome cases are unpacked and discussed. While the Slay Queens podcast isn’t exempt from the heavy topics, hosts Ashley and Wayne make sure to balance all the seriousness with fresh humor as they discuss the injustices faced by LGBTQ+ people.

The podcast focuses on queer victims in true crime cases and deep dives into their lives. With more than 80 episodes currently available to stream, and a dedicated following, these charming hosts know how to make fans of whoever’s listening with their original content and genuine interest in the genre.

Named after the ‘trans panic defense’, this podcast focuses on the stories of transgender people in America and the awful crimes committed against them. The trans panic defense strategy was used for many years as a means to blame trans victims for the crimes against them by implying that it was the identity of the trans person that caused the perpetrator to act.

Hosted by Travis Ferguson and Feathers Wise, Trans Panic the Podcast may not yet have as many episodes as some others, but the few dozen that are available go deep into the lives and murders of trans people all over America.

Huw Lemmey and Ben Miller host this podcast which strays a bit from the typical true crime format. The Bad Gays podcast focuses on telling the stories of “evil and complicated queers in history.” Bad Gays delves into popular true crime stories such as that of Jeffrey Dahmer, but also shines the spotlight on lesser-known queer villains. The hosts have stated that the goal of their podcast is to explore how the identities of the people they discuss affected their lives and the choices they made.

The show has more than enough episodes for some serious binging and tells unique stories that many people, queer or not, may have never been aware of.

Hosted by the bubbly personality that is CJ, the Beyond the Rainbow podcast features the tagline “it’s not a crime to be gay…unless you’re a murderer.” In her podcast, CJ explored true crime stories with both victims and perpetrators from the queer community. The stories covered in this podcast are from all over the world to highlight the crimes and stories that don’t get as much media attention as mainstream ones. The show currently has 10 seasons and is still very much ongoing so there is a lot of content to get into.

What makes Beyond the Rainbow such an exhibit podcast, however, is CJ’s undeniable attraction to the genre. She has been a fan of true crime stories for several years, and is always happy to welcome new fans, which she affectionately refers to as “Rainbow Warriors”.

The title of this podcast says it all. Hosted by drag queen Aura Van Dank, Murder’s a Drag is a true crime podcast that focuses on crime stories in the queer community. The stories recounted in the podcast center mainly on queer victims of crimes. From the famous stories that many people are familiar with to lesser-known and underreported queer true-crime stories, Van Dank recounts these cases and stories with sensitivity, accuracy, and an entertaining flair.

As the podcast has been running since 2019, there are more than enough episodes to binge through. Van Dank’s boisterous personality shines through on this podcast, and the cases presented are quite unique.