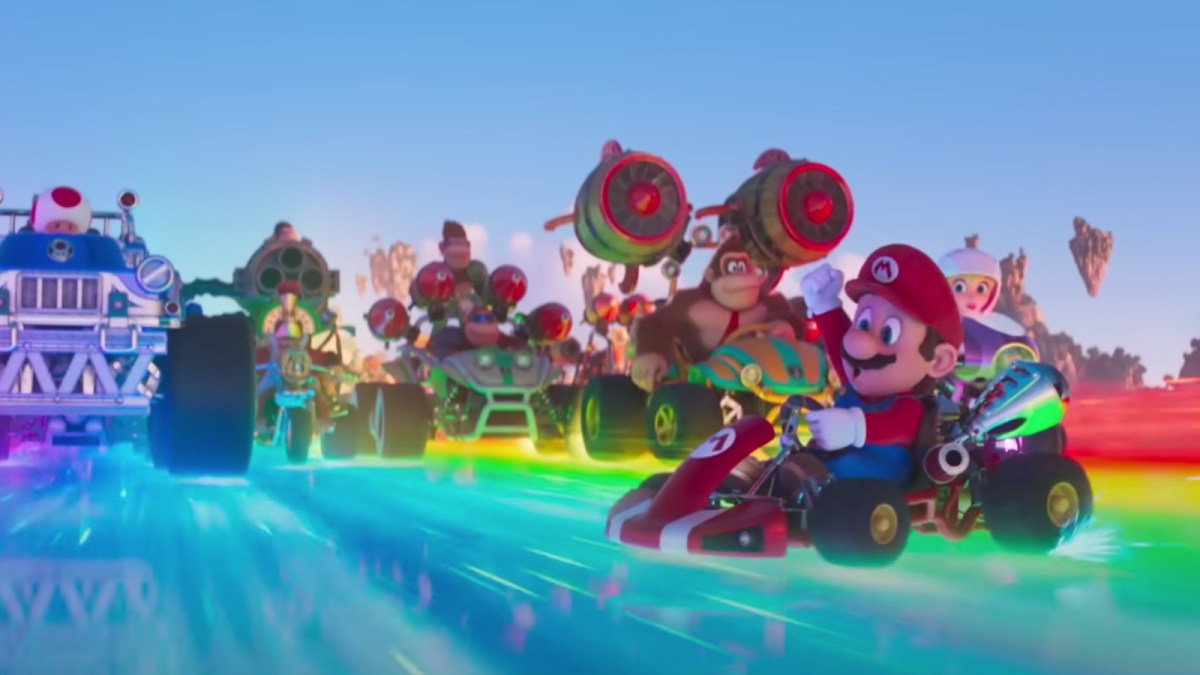 First it was Chris Pratt’s Mario, now it’s “woke nonsense.” Twitter finds a fault in everything, whether it be deserving of the criticism or not. Following the release of The Super Mario Bros. Movie official trailer, fans were in awe of the character designs, world-building and stand-out voice performances from the likes of Jack Black and Anya Taylor-Joy. There were heaps of references to the Super Mario game series, including the inclusion of the Mushroom Kingdom, Warp Pipes, Tanooki Mario and the Fire Flowers. However, it wasn’t any of these things that amped up the nostalgia more than the Mario Kart reference.

In the final seconds of the trailer, we see Mario — driving his four-wheel kart — land on a model of Rainbow Road, the infamous Mario Kart level (notorious for being one of the most difficult), accompanied by the likes of Peach, Toad, Donkey Kong and others. It’s a minor moment in the grand scheme of the trailer, which offers a lot for audiences to unpack, but it’s still managed to get the internet talking. Specifically, it led to one Twitter user — whether it be a joke or not — complaining about the “woke pride flag nonsense” that Rainbow Road represents. Yeah…

Obviously, either someone has never played Mario Kart in their life or they’re just ignorant. Whichever it is, if this comment isn’t purely comical and instead deadly serious, the whole of Twitter has bashed the misuse of the word “woke” out of context with an actual Mario Kart level that just so happens to feature a multicolor scheme.

We’re still not sure whether the comment was purposeful or not, but if it was, that’s opened up a whole can of worms among the Mario fanbase, especially as members of the LGBTQ+ community come to defend their identities at the hands of a tasteless “joke” or ignorant comment that bleeds homophobia. Rather hilariously, there are even people threatening to boycott The Super Mario Bros. Movie for having the characters race on an LGBTQ+/Pride track. Should we tell them?