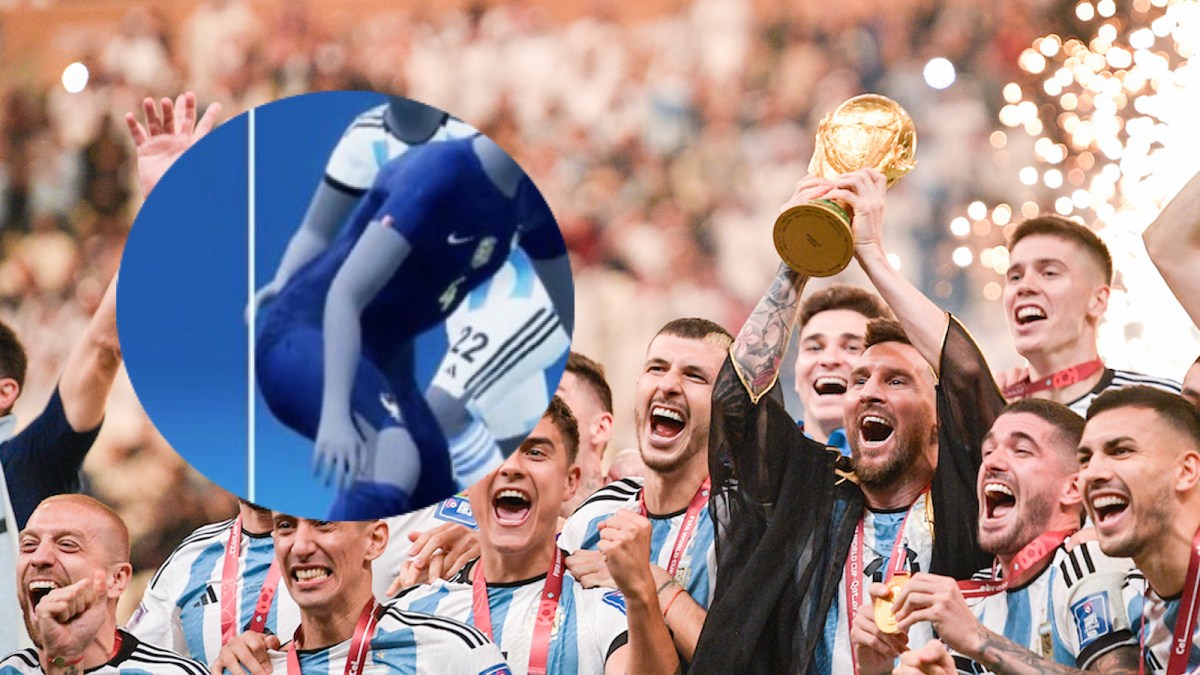 In a game of fine margins, little 1 one-percenters, and hundreds of hours of video analysis it can be truly astonishing what decides a match or switches it upon its head — or, as a crucial point in the 2022 FIFA World Cup Final proved, its backside.

Following an emphatic comeback out of absolutely nowhere by France after going 2-0 down to Argentina within 30 minutes, extra time loomed to decide the world champions. Tensions were high, the general sense was it had become one of the greatest comebacks in the history of the men’s World Cup. Few teams have ever gone from 2-0 down to win in a major international final, especially not after being so poor for 80 minutes.

Argentina prowled forward in the 108th minute, with a ball played wide to Lautaro Martinez. Driving in on goal with conviction, his powerful shot graced the palms of Hugo Lloris, who could only flap it into the direction of one of the all-time great players Lionel Messi for a tap-in.

But let’s go back just a few steps. During the release to Martinez, it looked like he was in an offside position. Throughout this World Cup, FIFA has employed a near-instant system to determine offsides which includes an often crude animation to show the result. This time, it’s led to perhaps the greatest image of the entire tournament.

Legendary defender Raphael Varane’s voluptuous backside kept Martinez onside. The animation is so brilliant you’d think it was from a parody.

Your entire nation’s hopes and dreams resting on your butt being too large would be perhaps the most brutal way to go out. Fortunately for France, Kylian Mbappe was able to convert a penalty ten minutes later to become just the second player ever to score a hat-trick in a World Cup Final. Short-lived again, however, as the penalty shootout minutes later saw the French players make an arse of themselves with all but two attempts going in.

But let’s get back to the butt. For this is the butt which, for a solid ten minutes, was the most hated rump in all of France and its many overseas territories. Not since Kim Kardashian has there been so many opinions or jokes on a backside.

Perhaps losing a World Cup but having the world know how big your backside is can make it up for Varane. The veteran defender was magnanimous in defeat, but he may be looking to cut back on some of the leg days.