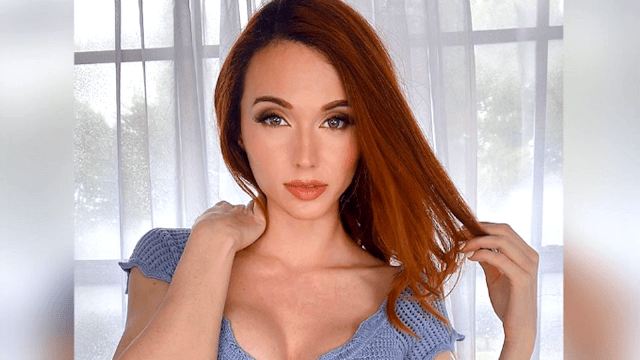 Amouranth, one of the most popular and lucrative content creators in the online sphere right now, is active on several social media platforms including Twitch, Twitter, Instagram, YouTube, TikTok, Cameo, Fansly, Discord, Snapchat, and OnlyFans. Each platform has its own opportunity for revenue, but the seven-figure dollar sign associated with the adult entertainment industry suggests her OnlyFans account is where the big bucks come from.

On Oct. 13, Amouranth, whose real name is Kaitlyn Michelle Siragusa, revealed on Twitter that she became aware of a hacker’s attempt to withdraw money from her OnlyFans account after receiving an error message stating incorrect bank details had been entered. At the time, her OnlyFans account carried $900,000, she explained. The hackers were unsuccessful in their attempt, but Amouranth’s announcement that she had been sitting on $900,000 sent eyebrows into hairlines as many wondered exactly how much money she makes from OnlyFans.

Amouranth makes over $1 million on OnlyFans, and she has the receipts to prove it

While not all content produced on OnlyFans is adult entertainment, a vast majority of it is, and Amouranth falls under that category. The 28 year-old has been open in the past about how much she makes on OnlyFans, but in July 2022 she shared the exact numbers.

In a screenshot posted to Twitter, Amouranth revealed she makes over a million and a half dollars every month on OnlyFans, with her highest month being Feb. 2022 with $1.6 million. Suddenly that $900,000 sitting in her account at the time of the attempted hack feels like a quarter in the cushion of a couch.

“It’s not about the money,” she says in the tweet. “It’s about the message… In all seriousness, I’m only able to do this because of the incredible team I’ve built. Every Batman needs their Alfred lmfao. If you’re interested, check out @itsrealwork.”

An array of opinions chimed in throughout the comments section of the tweet, showcasing everything from support and motivation, to criticism and condemnation. As is customary, Amouranth remained silent to the backlash, saving any and all comments for her live streams on Twitch.

In addition to making headlines for her financial success, Amouranth has also recently been in the news following her shocking allegations of abuse against her husband. Until that point, most of her followers weren’t aware she even had a husband. Now, a live-streamed video has revealed a heated argument between the pair, one which brought Amouranth to tears and set the internet ablaze with concern.