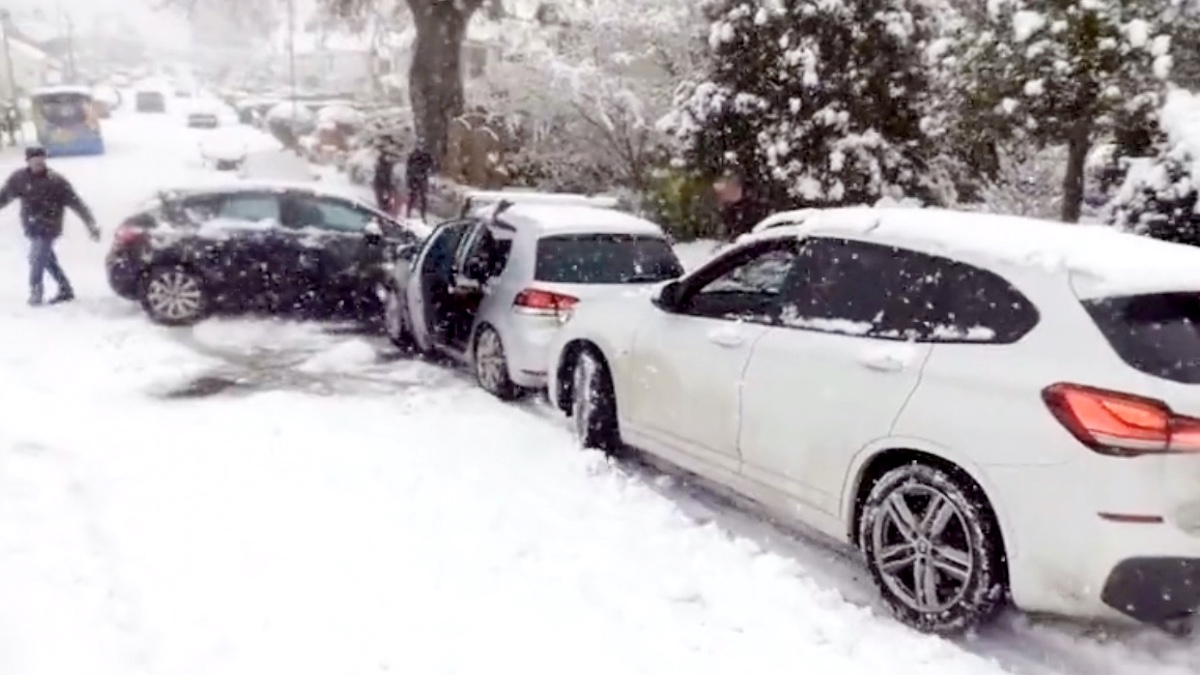 London and its surrounding areas saw an abnormally heavy amount of snow blanket the city on Sunday going into Monday. The snow totals, which amounted six or more inches, caused delayed and grounded flights at at Heathrow, Gatwick, and City airports as well as disrupted service on rail lines.

Because the transportation infrastructure was not designed to stand up to frigid temperatures, the sudden bout of wintry weather brought the London Tube to a standstill. The tracks literally became frozen from the heavy snow and ice, causing power outages in many stations.

As you can see from just a few of the videos going viral, it seems safe to say that more than a few London drivers are going to about to be one auto insurance deductible poorer. Though, thankfully no one was hurt in any of the following videos.

The situation was perhaps even more dire for those caught on London’s M25 motorway, which encircles most of the city. Some parts were even shut down as motorists were stranded for hours overnight.

By the morning, everything seemed to have been cleared — but not before many took to Twitter to express shock, outrage, and make jokes about the situation.

But beyond the headaches for drivers and commuters, not everyone was so bothered by the snow. Some made the best of the situation by building snowmen or going for an impromptu jog.

One local resident even caught London street foxes having what appear to be the time of their foxy little lives!

May we all find the happiness this holiday season as these foxes did with a freshly fallen blanket of snow.