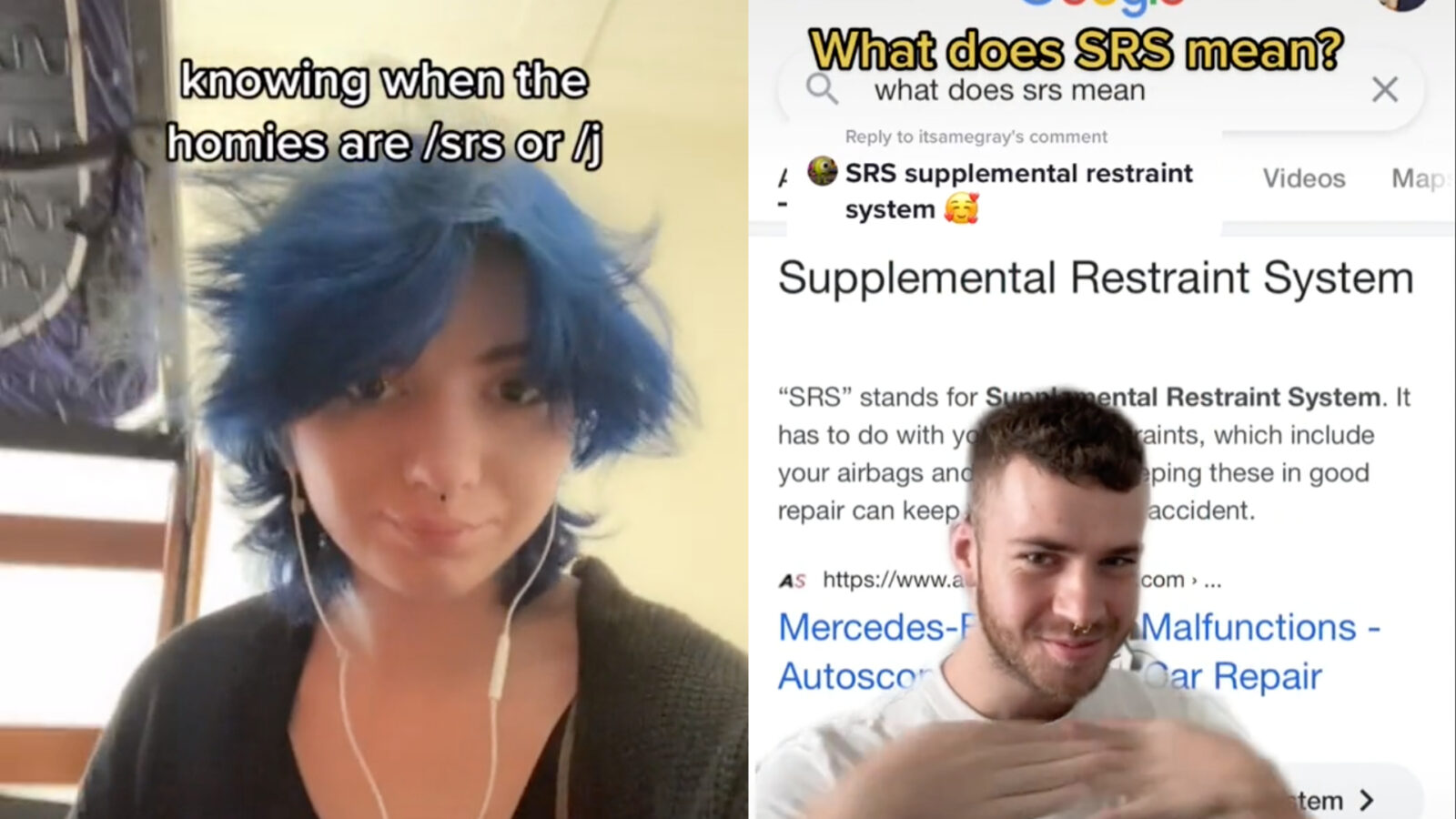 The age of the internet has ushered in a number of new colloquialisms that are exclusive to the web. The rise of texting already pushed conversations into shorter and shorter territory, as we replaced common phrases with abbreviations like “BRB,” “AFAIK,” and “ILY.”

If you don’t recognize those shorthand phrases at a glance, you probably don’t spend much time on the internet. These types of quick responses have become increasingly common in recent years, and have been joined by heaps of other internet-isms. Some of these are exceedingly necessary when conversing on the web — where things like tone and levity can’t be easily communicated — and some are born of sheer laziness, as users opt to cut out large portions of speech for the sake of speed.

A fresh acronym is on the rise on TikTok, where users are littering posts and comments with “/SRS.” The new abbreviation’s rise is prompting questions as people work to hunt down its meaning.

What does /SRS mean?

TikTok’s latest shorthand is quite straightforward once you know what it means. Used in a similar way to Reddit’s favored /s, TikTok’s /SRS is intended to communicate tone. Across the web /s is commonly used in sarcastic posts, as a method to make one’s sarcasm clear. Almost the exact opposite is true for /SRS, which is used in a similar method, but is instead intended to indicate when a user is entirely serious. The abbreviation literally translates to “serious” for the vast majority of users, who will tack the simple three-letter acronym onto comments and posts where their seriousness may not be obvious.

The /SRS tag joins a range of similar abbreviations that have come to be known as “tone tags” on the internet at large. Similar tags — like the aforementioned /s — indicate the intention behind a post with shorthand like /j (for joking), /pos (for positive), or /nm (for not mad).

These tags are honestly quite essential when it comes to online emoting, as more and more people come to rely on social media to stay in touch with the outside world. Particularly in the chaos of online platforms, it is important to indicate tone. These seemingly odd bits of shorthand actually make communication far clearer and more effective in the online sphere, a deeply necessary thing in our increasingly online world.