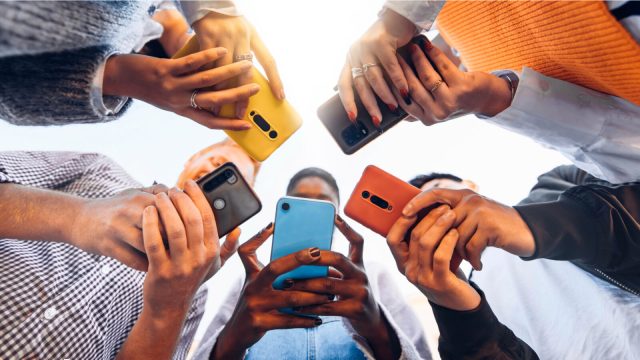 Twitter virality is an eagerly sought-after goal, providing just the dose of recognition and serotonin so many web-users require.

The steps toward going viral on Twitter are tenuous and often complicated, however, and require a degree of planning and time that most people simply don’t have. There are specific tips and tricks that can make the process easier, and vastly increase the chances of your next hot take joining the ranks of immortal tweets. Not everything will work for everyone, of course, but at least one of these tips might help your next tweet inch closer to that viral goalpost.

There are a few advised steps that can aid in a tweet going viral, according to a recent Jasper blog. Some will work best for those with an established Twitter presence, or for those tweeting in the name of a business, but some are far more suited to those with a smaller, less-used account. If you ever hope to see your account gain the coveted blue checkmark, however, you’ll need to spend some serious time on the app—or, just spend the $8 it now requires to join Twitter Blue.

Tactics like asking for retweets and composing a carefully-crafted headline will work well for many businesses, but will be less effective for your average user. There are several stellar approaches for up-and-coming creators, however, and most of them lean on presenting a real, funny, or helpful persona to the world.

Any average user can increase their chances of going viral by adding some humor to their tweets, posing thought-provoking or divisive questions, and jumping on already-viral trends. These tactics will see their tweets appear on more screens, and thus quickly increase engagement.

Other potential approaches include adding links to tweets in an effort to redirect traffic to a business, online publication, or alternate social media page, and carefully timing out a tweet’s delivery. Twitter is more active at different times of the day, and even a stellar tweet will fall flat if posted at the wrong time. The best times to tweet are largely based around current trends and your area in the world, so it will take some careful observation — or research — to determine when the world is most ready for your trendy takeaway.

Another bit of advice suggests that wannabe viral users remember the allure of photos, emojis, and other simple methods of communication. Overly wordy tweets are often overlooked, so its always best to keep things brief, if possible. There’s also the seemingly simple but surprisingly complex idea of being “relatable,” something that is entirely subjective but can be shaped around a target audience. Different patterns of speech, emoji usage, and even language often serve as signals to readers, so it’s important to keep them in mind as you craft your next viral masterpiece.

How many likes do you need to go viral on Twitter?

There isn’t a set rule for what constitutes “viral” on Twitter, but any tweet with more than 100,000 likes is at least touching on viral territory. It’s certainly a high number, but is surprisingly attainable under the right circumstances. Its also not a hard and fast rule. Instead, its better to examine the growth of your tweet. If its number of likes is experiencing exponential growth — for example, a 5 percent increase one day, and a 10 percent increase the next — then it’s on a quick path to virality. This demonstrates that the tweet is reaching people from other users, rather than ads, and is a clear indicator that it’s on its way to the top.

How many followers do you need to go viral?

The number of followers necessary to go viral is extremely tenuous. See, it’s more important to have genuine, engaged commenters then to have a high number of followers. So, a person with only a few hundred followers could have a better chance of going viral than their friend with 100,000 followers, if only because those few hundred will like, comment, and retweet the tweet in question.

That being said, more followers will often pay off in terms of virality. Even accounts that are inundated with fake accounts or bots are likely to have some enhanced reach, which will help their tweets get in front of more eyes. So long as you’ve got at least 200 or 250 followers, however, you’ve got the potential to reach true Twitter gold status.