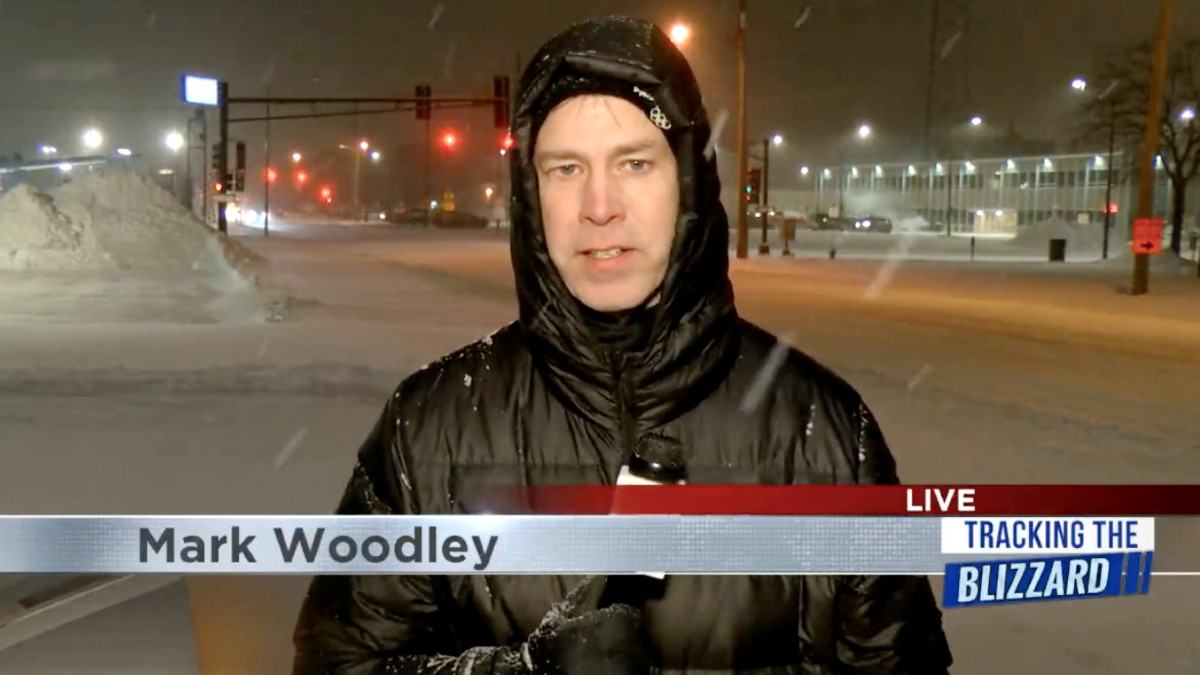 Nearly every state in the U.S. is being impacted by a “once in a generation type event” just ahead of the Christmas holiday, which will dump more than a foot of snow and possible blizzard conditions to the Midwest along with life-threatening wind chills across the country. But as much as the snow and cold — which will bring freezing temperatures even to parts of the south — is impacting holiday plans and making people generally miserable, it’s always good to keep in mind that things could always be worse.

Case in point, at least you’re not KWWL reporter Mark Woodley, who was forced to come into work early to cover the snowstorm for hours on end from the streets of Waterloo, Iowa, during Thursday’s morning show. However, Woodley did not exactly bother sugarcoating his feelings about the assignment.

In a now-viral video, Woodley shared a “greatest hits” reel, you might say, of his absolute misery covering the storm. “This is what you get when you ask the sports guy to come in to cover a blizzard in the morning show,” he tweeted along with the minute-and-a-half-long video, which has since been viewed around four million times.

When asked how he was feeling at the beginning of the clip, Woodley could not contain his lack of enthusiasm. “Uh, ah, again, the same way I felt about eight minutes ago when you asked me that same question,” he deadpanned.

“I normally do sports, uh, everything is canceled here for the next couple of days, so what better time to ask the sports guy to come in about five hours earlier than he would normally wake up, go stand out in the wind and the snow and the cold, and tell other people not to do the same,” he continued, in another segment. “I didn’t even realize that there was a 3:30, also in the morning, until today.”

“I’m used to these evening shows that are only 30 minutes long, and generally on those shows I’m inside,” he went on to explain. “So this is a really long show, tune in for the next couple of hours to watch me progressively get crankier and crankier.”

And get crankier he did! “How do I get that Storm Chaser 7 duty?” he later asked. “I feel like Clint got the better end of that deal. You know what, that thing’s heated. The outdoors currently is not heated.”

In the next cut, Woodley came back with some good news and I’ve got bad news. “The good news is that I can still feel my face right now, the bad news is I kind of wish I couldn’t,” he quipped. Finally, he asked if he could go back to his “regular job,” suggesting that an extra hour had perhaps been added to the show because somebody likes “torturing” him.

In these divided times, there are few things that can bring us all together on Twitter, but as Woodley’s clip began to go viral, everyone from all walks of life began sharing it — including his fellow local news journalists on the front lines — as there is evidently a little Mark Woodley inside of all of us.

Hope braving the cold temps and snow was worth it in exchange for the viral fame!