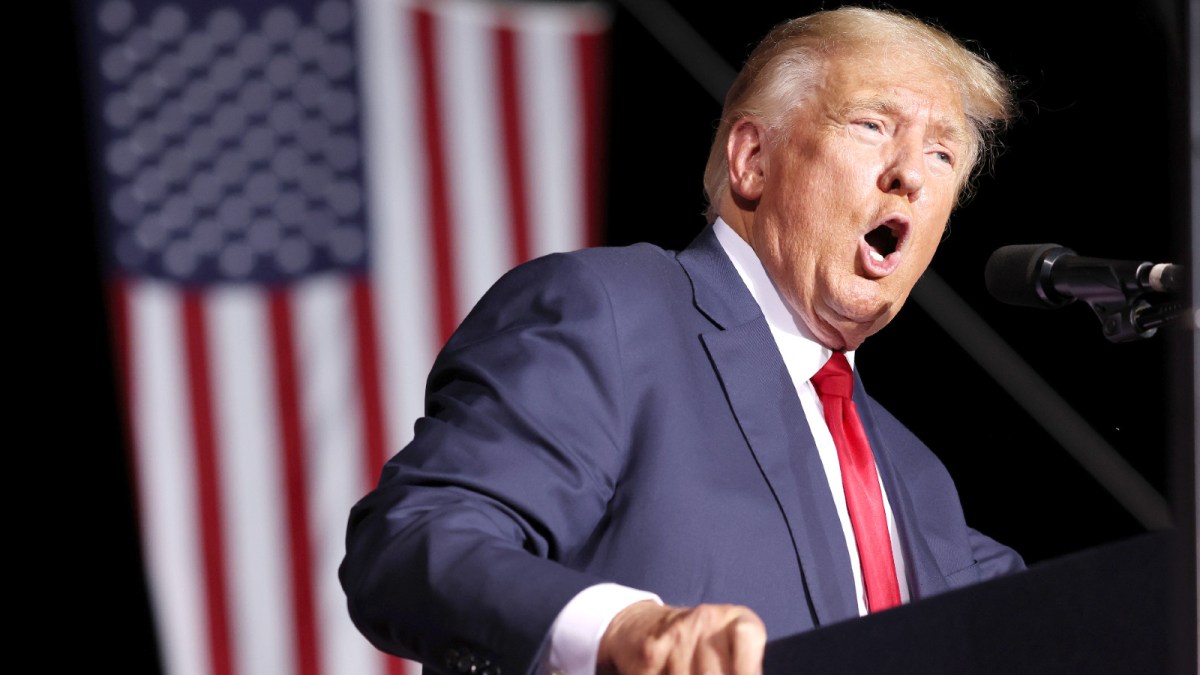 Notorious for tweeting his unfiltered thoughts to his 88 million followers without a second thought, Donald Trump has posted an impressive 57,000 tweets, apparently he’s never heard of a diary. That all stopped after Jan. 8 when Trump found himself banned from almost every social media platform.

But now his twitter account is back, after new CEO Elon Musk held a public poll deciding whether to reinstate the account. However, in the weeks since his unbanning there’s been no activity on Trump’s account, so is Trump really back on Twitter?

Why was he banned in the first place?

Trump’s tweets were always controversial. His strong opinions often came across as ignorant and offensive. It fed into the right wing audience who flocked to Trump. He would often make tweets with little to no sources to back up his claims, like when he tweeted that China had made up global warming. Things only got worse during his presidency, and culminated in the Capitol riots on Jan. 8, 2021. Although he was acquitted on the charge of inciting the Capitol riot, his tweets definitely stirred the right wing mob into a frenzy. Trump’s claims that the election was rigged were baseless, but his tweets stating it was all a fix reached many who believed the same. The insurrection led to $1.5 million in damages and 725 arrests. This was the inciting reason for banning all of Trump’s social media accounts.

Naturally the topic of freedom of speech came up after the ban, but Trump remained in exile. Now, two years on, his account is back on Twitter thanks to Elon Musk. After his acquisition was finalized in October, Elon promised he would reinstate Trump’s account. In the most democratic way possible for Twitter, users were allowed to vote on whether Trump’s account should be reinstated and the conclusion was far from unanimous (51.8%), but it did weigh in favor of unbanning the former president’s account.

As it stands now, Donald Trump’s account is up, but there are no new tweets. The reason for this is that in the two years since his ban, Trump has moved on, Trump Media and Technology Group have developed their own social media platform known as “Truth Social”. It’s Twitter if Twitter was conservative and instead of posting tweets you post “Truths” and instead of a retweet it’s called a “ReTruth” (not a joke).

Truth Social is falling woefully behind its competition, currently it’s sitting at #92 in the social networking category on the app store. But there is a big financial incentive for Trump to keep away from Twitter and stay on Truth. Trump Media and Technology Group are currently merging with Digital World Acquisition Corp. This merger will speed up the process of making Trump’s private technology company a public company on the stock exchange. Simply put, Trump’s company would be worth $3-4 billion if it all goes through. But that means he needs to keep using his own social media platform and not the competition’s. Doing so could cause the shares in his company to plummet.

It’s likely he will, Truth Social is not attracting nearly as many followers as expected. Once the merger is complete and some time has passed it’s possible he could make a quiet exit from Truth and begin tweeting again. But for now he’s found his own corner of the internet to preach to and the rest of us can continue to ignore him.