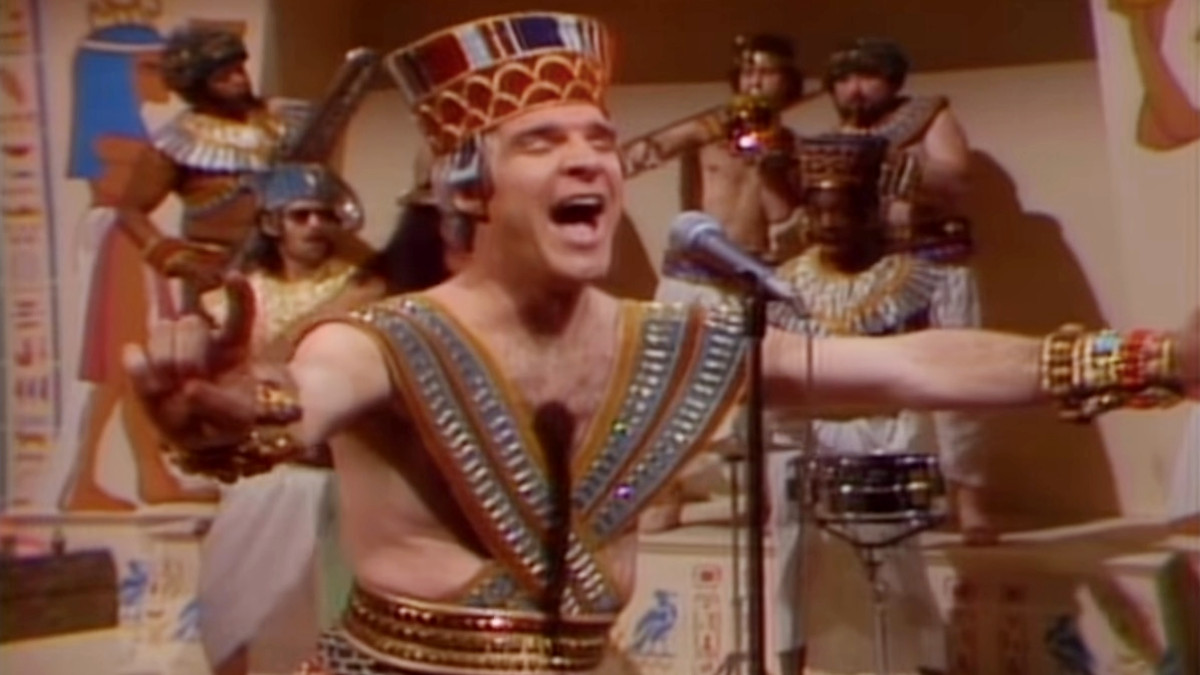 Steve Martin made his fifth appearance on Saturday Night Live on April 22, 1978, during which he performed a parody song satirizing Treasures of Tutankhamun, a traveling exhibit that was then making its way across the United States over the course of a six-city, two-and-half-year tour.

To say that the exhibit was a nationwide phenomenon barely does it justice. People from all walks of life waited hours in line to get in to see the plexiglass-encased artifacts, and museums made money hand over fist selling toys, T-shirts, and other souvenirs. However, when a clip of Martin’s sketch resurfaced online from the Silver Age of Television Twitter account on Friday, the whole look of a “white comedian from the 70s dressed up like King Tut” initially didn’t sit too well with some folks.

Out of context, it’s pretty understandable that some people wouldn’t glean the absurdist nuance of a 44-year-old comedy routine about commercialism — and as such, the tweet was met with some tepid backlash in the replies.

“What’s the joke exactly? It just seems like a song about King Tut while he makes funny faces,” wondered one user while another joked that Martin couldn’t get any “whiter” if he ate paste for breakfast.

But in the days since the original tweet went viral, the overwhelming majority have come to Martin’s defense, by schooling Twitter on the true genius of the Only Murders in the Building star’s song.

Comedian James Urbaniak pointed out that the song was a parody of the 1960 Hollywood Argyles hit “Alley Oop” (which was about a comic strip caveman of the same) and that you “literally had to be there.”

Another user provided the entire sketch — which includes a brief monologue that tees up the song — and likened tweeting the clip without it as a “criminal offense that borders on libel.”

One user noted that Martin’s comedy has always divided people, and that seeing others try to wrap their heads around it nearly a half-century later is even better than the first time around.

“Steve Martin was making fun of white people doing cultural appropriation before anyone else and it is making the kids of today confused,” quipped another fan.

Twitter personality Mr. Chau wrote that maybe today’s audiences would get the humor if it was coming from Tim Robinson or Andy Samberg.

And while this is entirely beside the point, yet another user observed that Steve Martin did King Tut the same night the Blues Brothers debuted on SNL, making it “the greatest single night of cocaine comedy ever created.”

While humor may be in the eye of the beholder, it’s hard to argue with that logic. SNL in the 1970s must have been damn near resembling Scarface.