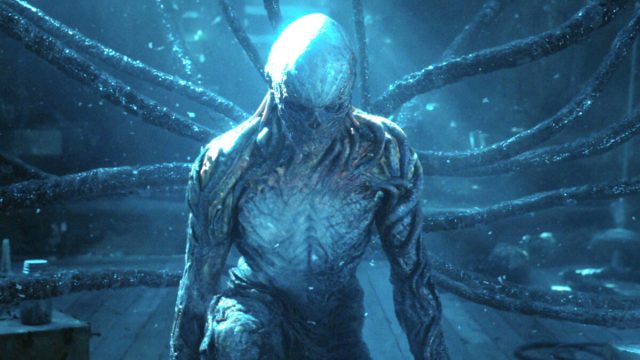 Fans have every right to be mad as one of their favorite characters of Stranger Things season four was terminated right at the very end. Eddie Munson may have been a new addition to the cast this season, but he instantly became a fan favorite, much in thanks to the actor Joseph Quinn. However, a fellow castmate feels that he owes Quinn an apology, and does so for all to see on social media.

Jamie Campbell Bower (Vecna) and Quinn took a quick trip to Brazil to attend fan meet and greets, but the former felt that it was time to apologize to the latter for his atrocious on-screen actions. In a hilarious video posted on the Netflix Twitter page, Campbell Bower starts by apologizing to the audience, before stating, “but my apology isn’t just for you. It’s for the main victim of all this.” He then turned to call to a skulking Quinn, saying, “things got complicated.” Complicated is putting it mildly.

Campbell Bower admitted to all his foibles before bringing forth a peace offering, a huge flower ornament. Surely Quinn isn’t so easily won over? But it turns out he is, as he picks up the display and walks off saying “Nah, I love ’em. It’s all good mate.” The clip is just another added to the list of funny and wholesome moments between the two London-born actors.

Quinn doesn’t appear to be too upset over the demise of his well-loved character. Eddie, the heavy metal-loving, Dungeons and Dragons playing oddball, quickly cemented himself in the hearts of audiences around the world, who grieved his heroic and tragic death at the hands of Vecna’s Demobats.

Hopefully, his death will not be in vain, as Vecna has been somewhat injured, though to what extent we are not quite sure yet. Fans have to wait till season five in the hopes of getting justice for Eddie as the series comes to an end, and it’s all to play for.