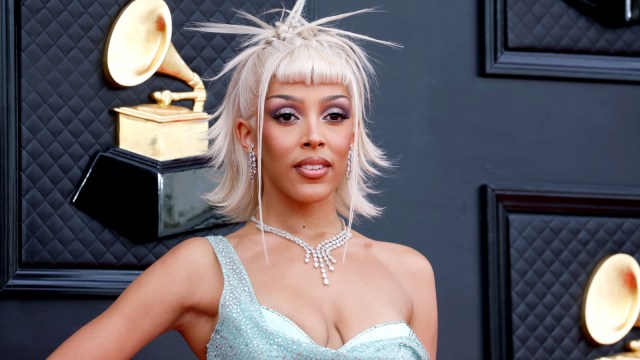 Rapper and singer Doja Cat let curiosity get the best of her by signing up for Twitter Blue then changing her profile name to “Christmas” and now it’s stuck that way.

This all comes after Elon Musk recently took over the social media platform and implemented new rules for it, including making that coveted blue checkmark an $8/month paid subscription called Twitter Blue. Presumably due to people immediately testing the limits of this new subscription service by impersonating other people, including Musk himself and Nintendo of America, Twitter has implemented a new rule which is explained on the website’s help page:

“Twitter Blue subscribers will be unable to change their display name after receiving a blue checkmark. We will be implementing a new process soon for any display name changes.”

Doja, who also changed her profile picture to a Christmas tree, apparently did not get the memo when it comes to profile names changes being restricted for Twitter Blue subscribers, as she made abundantly clear with the tweet: “[W]hy can’t [I] change my name on here[?]”

Doja then got slightly more aggressive with her request for IT support in a follow-up tweet: “[H]ow do [I] change it also f–k you [E]lon.”

Doja then decided to change her strategy by making her tweet for help a little sweeter: “[I] don’t wanna be christmas forever @elonmusk please help [I]’ve made a mistake”

Musk replied to Doja: “Working on it!”

However, by that time, the memes had already begun to flood in.

“[Y]ou right now and forever… merry [C]hristmas,” wrote one Twitter user while sharing a photo of Doja as a crying Christmas tree.

Another Twitter user shared a screenshot that captures just how quickly Doja changed her tone in order to ask for help with the situation.

“This place is already taken,” one Mariah Carey fan wrote while sharing a festive photo of the queen of Christmas herself.

Be sure to check back in with us for all the latest Twitter news.