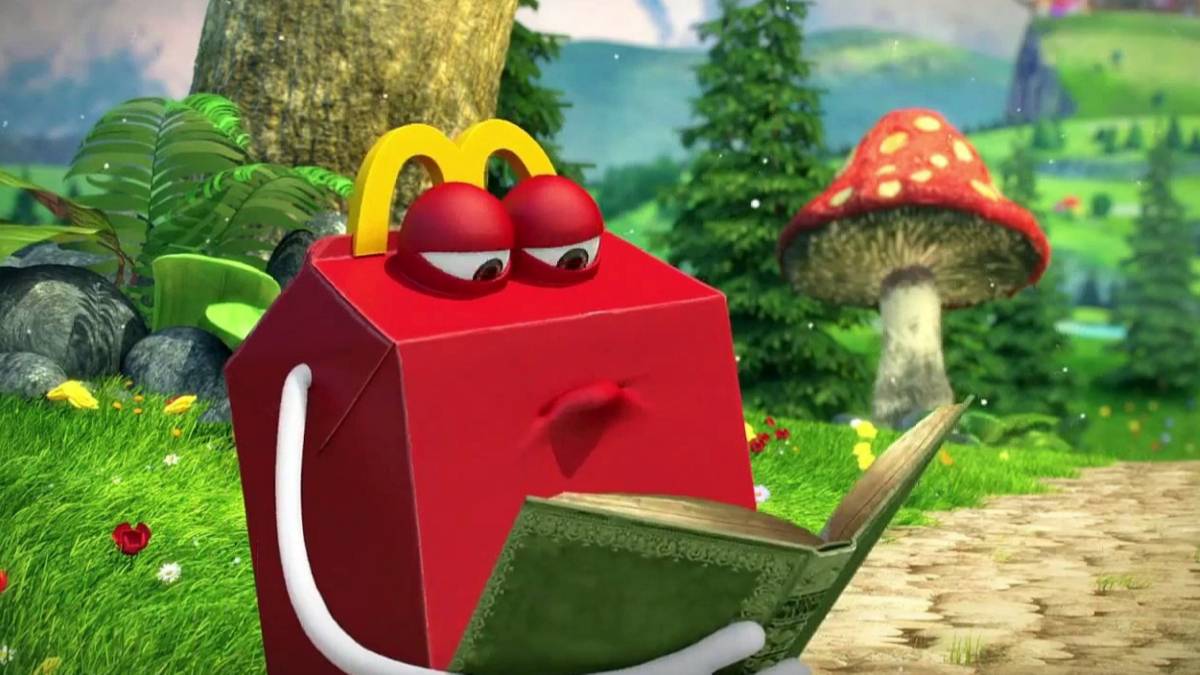 In the mid-1970s, fast food chain McDonald‘s came up with the idea to start selling Happy Meals after businesswoman Yolanda Fernández de Cofiño began serving meals specifically for children at her McDonald’s franchise in Guatemala. The practice, which she called “Ronald’s Menu,” was a hit for families with young children and consisted of smaller-portioned food items and a toy. The McDonald’s corporation recognized this brilliant idea and awarded Fernández de Cofiño with the coveted “Ronald Award” for her stroke of genius. Soon after, McDonald’s entrusted businessman Bob Bernstein with the development of this new kids’ meal and the rest is fast food history.

For those who grew up with that comforting red box, Happy Meals are a nostalgic reminder of a simpler time. While Happy Meals are still around, many consider the 1990s and early 2000s the period they were at their most popular. Most Happy Meal toys are tied to TV and movie franchises, and many of the toys during this time were absolute phenomenons and have become rare collectibles. We’ve decided to rank our favorite Happy Meal memorabilia as a way to pay homage to these great kids’ meal toys. There are many to choose from but we managed to narrow it down to a list of the 12 best Happy Meal toys throughout the years.

Furbies were a big toy craze in the late 1990s and people were obsessed with the talking furry robots. The fluffy critters would eventually pick up English phrases over time and would adorably mimic their owners, as long as they didn’t feed them after midnight…wait, wrong franchise. Just like their full-sized versions, these mini Furbies were a huge hit and children loved getting them in their Happy Meals.

Tiny Toon Adventures was a short-lived cartoon series that only aired from 1990 to 1992, but the show still made an impact despite its short run and we’re not just talking about its insanely catchy theme song. These Tiny Toon flip cars were actually two cars with two different cartoon characters on each side of the vehicle. This might not be groundbreaking now, but you can bet kids were amazed at the duality of these toys.

Inspired by Matthew Broderick’s turn as the mostly robotic Inspector Gadget in the 1999 film of the same name, these Happy Meal toys are some of the most popular even today. McDonald’s had the brilliant idea to separate the inspector into several different toys and it motivated children to buy multiple Happy Meals in order to collect the full set. A whole Inspector Gadget toy can fetch nearly $100 in the present day but the joy of having a Watch Belt? Priceless.

Occasionally, McDonald’s would give out two separate Happy Meal toys. One was intended for boys and the other for girls, but really, who was going to stop you from getting the toy you wanted anyway? Barbie is one of the most popular Happy Meal toys and McDonald’s offered over 10 iterations of the doll in the 1990s and 2000s. Getting a Barbie doll or accessory was a highlight for many kids and you can still find some of these toys for sale online.

Hot Wheels is another toy that often appeared in Happy Meals and the simple toy is still a fan-favorite. There isn’t much to the Hot Wheels Happy Meal toys but that didn’t stop kids from loving the tiny cars. Children could collect many different colored vehicles, of which some were miniature replicas of rare sports cars. Unlike some Happy Meal toys, these are essentially the same size as the kind you can get in stores, so getting a free one was like winning the lottery for Hot Wheels fans. For those kids, nothing could beat trading different Hot Wheels with their friends and seeing whose car was faster.

While McDonald’s has done several collaborations with the Muppets, the Muppet Treasure Island Happy Meal toys were one of the best. These toys, based on the 1996 film, were meant for the water. Playing with a nautical Kermit the frog or Miss Piggy boat was enough to motivate many children to take a bath, much to the relief of their parents. The toys would interact with the water — for example, Miss Piggy’s skirt changed color — and that innovation was impressive.

Tamagotchi were a huge craze in the 1990s and McDonald’s wanted in on the action. The fast food giant released miniature key chains with many of the same features as the full-sized portable pets. Each keychain was a different color with a different pet to take care of. These key chains were everywhere at the time and many kids did their best to collect every Tamagotchi variation.

Hello Kitty has been a Happy Meal fixture for decades and McDonald’s still releases toys featuring the cute character. In 2002, McDonald’s even released a whole collection of Hello Kitty accessories, including nail decals and sunglasses. Giving out high-quality Hello Kitty merch for free with a kids’ meal seems too good to be true, but it truly did happen. The cute bags and other accessories don’t fetch too much money online but they’re adorable collector’s items nonetheless.

The Disney Masterpiece Collection Happy Meal toys could only happen in the 1990s, but we’re glad they did. The collection featured prominent Disney character figurines to celebrate the movies being released to VHS. Each Happy Meal would come with a miniature VHS case but instead of a video inside, there would be a toy. There were several toys to collect from classic movies like Toy Story and Bambi.

Forget Transformers, Changeables were the big sensation at McDonald’s across the globe. These original toys could transform into different McDonald’s characters out of different menu items from the fast food chain. We have to admit, a toy that can transform from a hamburger to a robot is still very cool and we completely understand the obsession.

Like many franchises, Pokémon frequently appears in Happy Meals. Just because it’s common doesn’t make it any less cool, and there have been many cool Pokémon tie-ins over the years. Getting a legendary Pokémon in your Happy Meal and trading cards with your friends is still a great way for many kids to have fun in their quest to catch them all. Pokémon continues to collaborate with McDonald’s, most recently in the UK with some cute Pikachu-shaped Happy Meal boxes.

Happy Meal toys are innovators in the fast food industry and created some great pop culture moments during their long history. We hope you enjoyed this trip down memory lane with us!