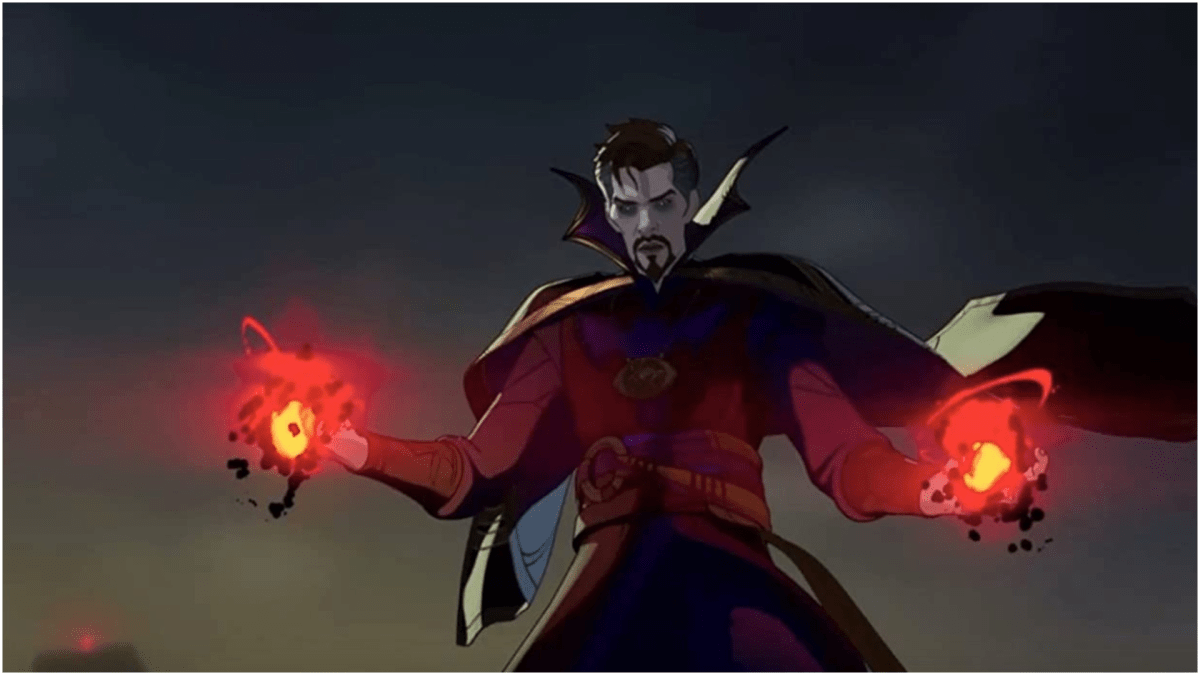 One of the biggest questions when it comes to Marvel in both the comics and on-screen is who is the strongest character? With so many variations of characters out there thanks to the multiverse, new characters constantly appearing, dying off, and then coming back to life, it really is hard to keep track of it all. When it comes to the MCU though some fans think that one character has proven themselves the most powerful sorcerer of them all, in animated form.

As it stands you would be hard-pressed to find someone stronger than the Scarlet Witch within the current MCU. If you saw Doctor Strange in the Multiverse of Madness she decimated Earth-838’s Illuminati in less than 10 minutes in a truly brutal scene. Thanks to the powers she gained from the Darkhold her magic was too much for all the sorcerers combined at Kamar-Taj and she would have defeated Doctor Strange, Wong, and Chavez if her motherly instincts hadn’t kicked in.

Doctor Strange put up a good fight, even in an undead body, but he wasn’t truly a match for Wanda even with the use of the Darkhold. However, he isn’t the only Strange out there, and seen as What If…? is part of MCU canon there is another contender for the strongest sorcerer.

In the episode of What If…? called “What If… Doctor Strange Lost His Heart Instead of His Hands?” we meet a different Doctor Strange, one who loses Christine and in many attempts to get her back delves deeper and deeper into the mystic arts over centuries. This causes him to become corrupt, earning him terrifying powers before he eventually destroys his entire universe.

Doctor Strange Supreme comes out once again to help take on Ultron, who has become so powerful he can cross the multiverse to wage war on all, and the battle is something to be in awe of.

Many can’t help but compare the live-action version with his animated counterpart.

Based on what Supreme Strange did to get his powers he might be as strong as all the Infinity stones at once.

Supreme Strange’s story in What If…? was one of the most intriguing and many were disappointed not to even see a hint of him in Multiverse of Madness.

There is the advantage of him being animated, which makes his powers as strong as the human imagination.

This user thinks there would be no competition between this Doctor Strange and Wanda.

Given he had centuries of time to master his abilities it’s no surprise he knows his stuff.

Any version we have seen so far that is.

If we ever get to see a live-action battle between Supreme Strange and Wanda as a live-action it would be an absolute treat, even if the likelihood of this match-up is not likely to occur anytime soon.

Both What if…? and Doctor Strange in the Multiverse of Madness are available to watch on Disney Plus.