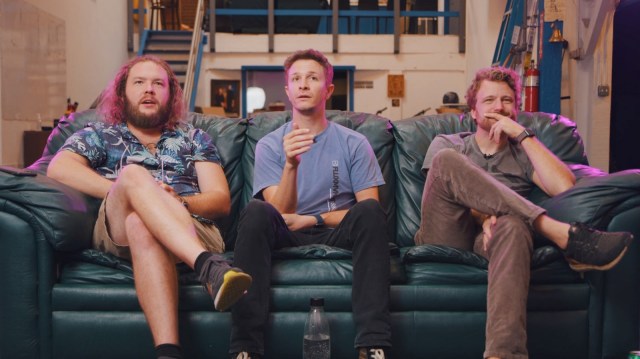 The YouTube channel Corridor Crew, which features the popular series VFX Artists React, has apparently been hacked, with their channel being hijacked for dispensing content about investing in cryptocurrency, by the looks of it.

People on Twitter were quick to notice the odd video showing up on the channel, as well as a channel name of “MicroStrategy” and an altered profile picture.

When we hopped over to the YouTube channel to double check if their content had indeed been altered, we found that the channel name was changed, and they did upload a financial advice video that was completely off-brand from their usual content.

The financial advice video that was uploaded was quickly deleted, but the history of the upload was still present in the notifications tab.

It did look as if the Corridor Crew was able to seize some control back over the channel since they changed their profile picture to an image that reads: “we got hacked working on it!”

Around 1:15pm PT, we noticed the channel’s name was successfully changed back to Corridor Crew from MicroStrategy. But when we checked the channel again, around 1:30pm PT, we were treated with a “404 Not Found” screen.

Hopefully, the fine folks over at Corridor Digital can reign in on the situation so they can resume bringing us the humorous and insightful breakdowns of visual effects in major movies and TV shows. In the meantime, much of their content is still available to watch for free on their website.