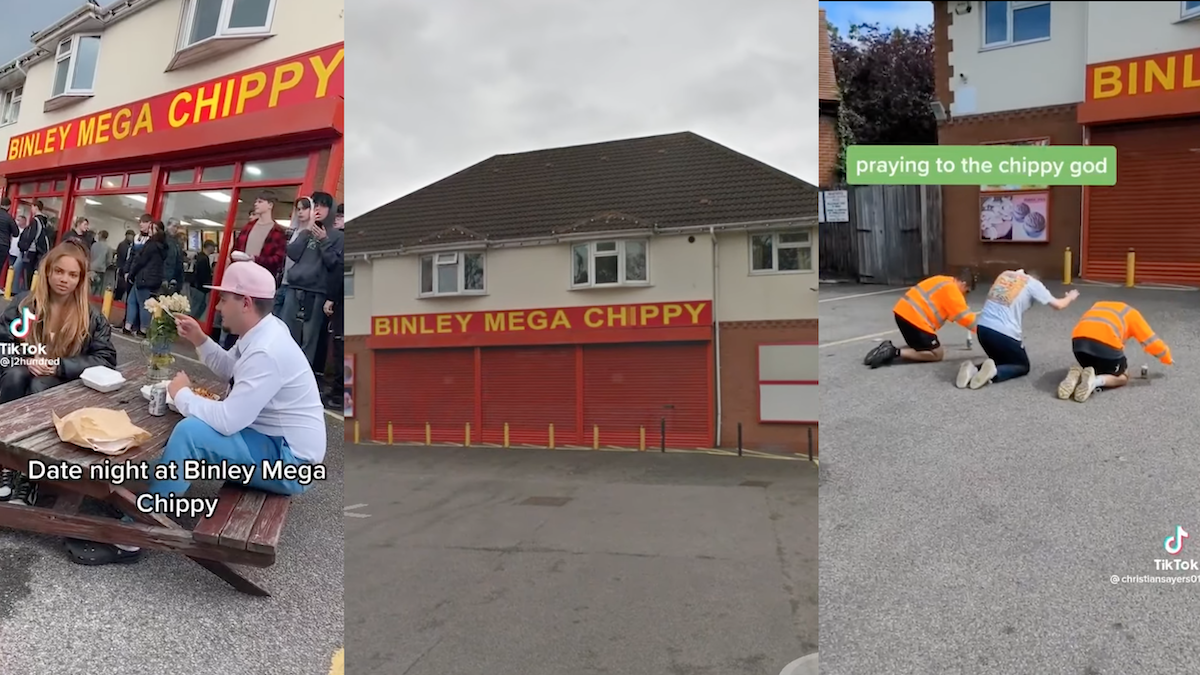 TikTok is famous for making the most unexpected things go viral, from random out-of-context sound clips to specific dance moves or video formats. You never know what the TikTok user base will latch onto next. And right now, many people are finding their front page covered in videos talking about the Binley Mega Chippy.

What is the Binley Mega Chippy?

The Binley Mega Chippy is an actual store. The chippy (the British term for a shop that sells fish and chips) is found on the outskirts of Coventry in England.

The store itself is your usual fish and chips shop, selling fried fish and other classic English food. In fact, early online mentions of the store are totally normal, with most people merely talking about their lunch. It didn’t become the epicenter of a viral trend until 2022.

It should be noted that @BinleyMegaChip, a Twitter account frequently posted as part of these viral videos, doesn’t actually belong to the actual chip shop and is a parody (and may have sparked the trend).

What is the Binley Mega Chippy Trend?

The Binley Mega Chippy Trend takes on many forms. The most common form is videos consisting of slideshows and fan art of the store, set to an upbeat jingle that repeats the name several times. This audio was first used by binleymegachippyfan53 and has since been used in a few hundred videos.

Other people have changed their username to reference the store, while others post videos using other popular trending audio tracks. Other memes have also become popular, often featuring fictional characters visiting the location. Some memes treat the store as an ironic meme, treating the store with reverence or assigning legendary status to it.

Where did the Binley Mega Chippy meme come from?

This video would become extremely popular, getting over 11 thousand likes. Then in early May, binleymegachippyfan53 posted two videos focused on Binley Mega Chippy, using the two other trending sounds.

At the same time, however, the Binley Mega Chippy parody account started posting memes on Twitter, many of which got hundreds of likes and shares, making it hard to tell what sparked the store’s viral spread.

How popular is the Binley Mega Chippy Trend?

The trend has really caught on in England. It became so popular that BBC News even featured a report on it, interviewing several people who visited the shop due to the viral meme.

It also made it into the mainstream British press, with popular UK newspaper The Guardian and even Vice posting articles about the store.