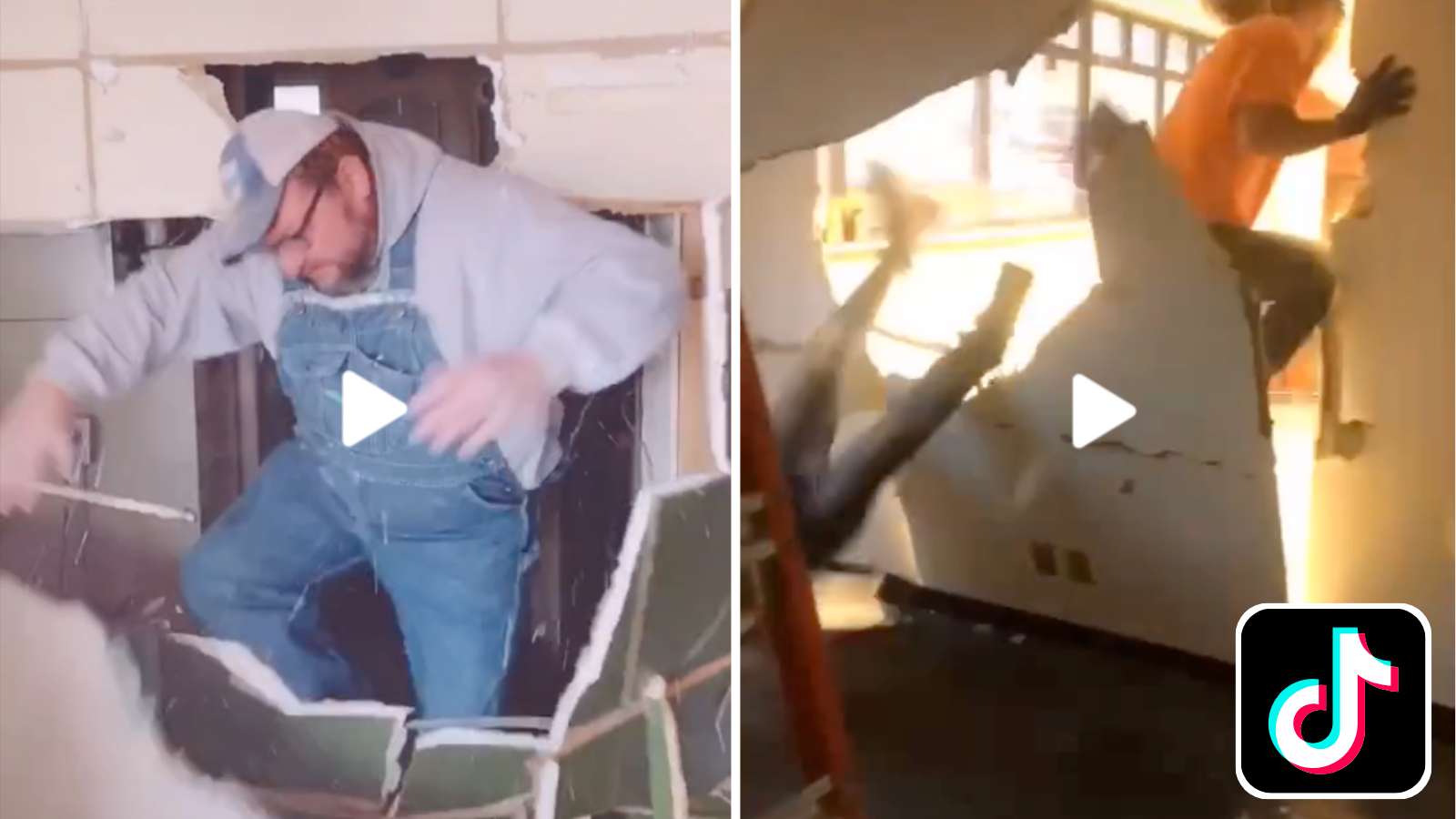 A not-so-new TikTok challenge is making a resurgence on the social media platform.

Just like the drink, the Kool-Aid Man never goes out of style. Just ask any one of the nine juveniles currently facing charges for criminal mischief. Even though the brand’s big red mascot has been around since the 1950s, it wasn’t until the late ’70s that he started crashing through walls and shouting “Oh yeah!”

The trademark move accompanies most commercials of the thirst-quenching drink. However, with the advent of social media and the overwhelming desire to become the next viral hit, users on TikTok have begun following in the big red mascot’s footsteps.

What is the “Kool-Aid Man Challenge” on TikTok?

It’s not the craftiest challenge to crop up on the social media platform. In fact, it’s not even the most purposeful when you compare it to challenges such as the “ALS Ice Bucket Challenge” that raised awareness of the life-threatening disease. By contrast, the “Kool-Aid Man Challenge” quite simply involves TikTok users running through a wall ⏤ usually drywall, but not always ⏤ and shouting “Oh yeah!”

The challenge has been around since 2021, but its popularity has remained, and now, it’s also made the news. Several homes in West Omaha, Nebraska have experienced severely destructive vandalism due to “Kool-Aid Man Challenge” copycats attempting to up the ante by pulling their cars up beside a person’s front yard, running through neighborhood fences, and then taking off. The act is no joke, and due to its viral appeal on TikTok, the acts of vandalism have now captured the attention of law enforcement officials.

Incidents such as these have popped up across various states, including New York back in 2021, which saw the suspects also face criminal charges that included third-degree criminal mischief and a Class E felony.

The West Omaha, Neb. incident is one of eight homes in the neighborhood to have been attacked by these Kool-Aid Man copycats. Lt. James Wrigley from the Sarpy County Sheriff’s Office said in a statement, “There’s about eight of them and they line up and charge through the fence. They call it the Kool-Aid Man challenge.”

The nine suspects have been cited for the incident, no doubt realizing that pretending to be the Kool-Aid Man isn’t as cool as they might have hoped.