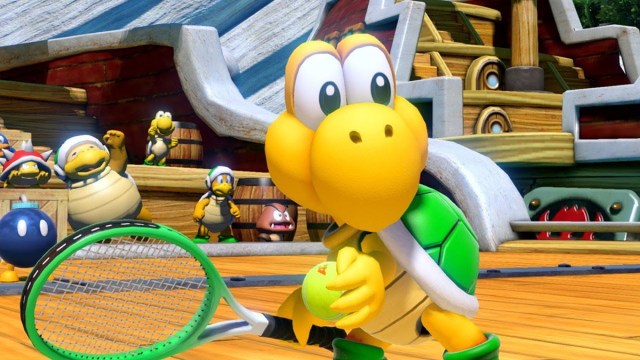 Screengrab via YouTube/IGN
Review of:

The internet moves slyly from one trend to another, and of course, in good ol’ TikTok fashion, they come as fast as they go. The newest favorite dancing trend that everyone seems to be adopting to their accounts is the Koopa Troopa Dance.

The funny weird name might evoke some memories in the back of your mind. Koopa Troopas are actually the turtles from the video game Super Mario Bros. These anthropomorphic, turtle-like creatures usually work for Bowser, acting as a barrier to Mario. Troopas walk in a straight line, but as many TikTokers have discovered, they also have a fun and animated dance move that goes on par with the iconic Super Mario background music from the New Super Mario Bros. Wii videogame, which dates back to 2009.

As per the information given by the website Know Your Meme, the trend started after a video posted on Oct. 28 went viral, containing a video game clip with two Koopas putting their arms up while walking, perfectly timed with the background music. The video racked up over 8.5 million views and 3.5 million likes in the short span of two weeks.

Some users started referencing the Koopas dance in their videos, comedically attaching made-up storylines to the dances. One user made up a story about a Koopa dancing at his wife’s funeral, immediately starting a chain of creators hilariously adding Koopas to their own fictitious plots.

One particular video, showing Koopa Troopa fighting for custody in court, did particularly well, with several other creators dueting the video with their own addition to the storyline, including the Koopa judge presiding in the trial, and of course, a Koopa jury. The video now has over 2.5 million likes.

Since then, more content creators have stepped up with their own renditions of the Koopa dance, with even more tragic moments in Koopas’ lives, in which they are forced to simply bust a move even against their own will. This trend is accompanied by the “Bah Bah 2 – Koopa” audio from the original New Super Mario Bros. Wii video game.