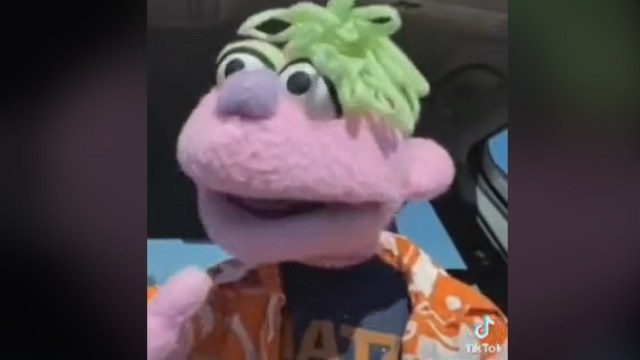 StarWarsDinx was a TikTok account that amassed a large following with its cheerful and informative dip into Star Wars. Over 200k followers enjoyed the puppet-fronted videos where the purple puppet answered questions on the minutiae of the space opera franchise.

Despite talking about it a fair bit, it seemed like one of the last places on the network where the Dark Side lurked. But cancelation wasn’t far, far away from the purple puppet — the popular account was closed in July 2022 over claims of homophobic and other dubious content.

StarWarsDinx didn’t look much like a Star Wars character, with its purple skin, green hair, and distinctly Muppetish vibes, but it became famous for its Star Wars knowledge. The puppet explained various parts of the dense Star Wars mythology while wearing pastiches of different outfits from the saga. Based on the material, it should have run for more years than the Old Republic.

Its softly spoken voice became famous for its short dips into the intricacies of the light side, the dark side, and everything in between. Dinx had what might be a perfect TikTok formula. The puppet was sweet and drew comparisons to other wholesome content. The topic was clearly defined, entertainment-based, and really accessible. Some found the soft voice grating, but at least it wasn’t a Wookiee. It all seemed to work until its message of kindness in the Star Wars community came dramatically unstuck.

People will start digging if you have a social media presence that’s gained over 100,000 followers in a week. Nobody expected what was lurking behind the wholesome purple puppet.

What is the StarWarsDinx Controversy?

Star Wars Dinx’s empire fell faster than Palapatine’s when TikTok users started looking into the person behind the puppet.

In July 2022, a TikTok user found and published posts from the Facebook page of the man behind Dinx. There were reportedly links with all sorts of questionable content that would raise an eyebrow on any network. There were claims about the legitimacy of the 2020 U.S. election, posts about COVID vaccine mandates, and statements questioning the legalization of gay marriage.

It was a shocking revelation. Star Wars Dinx issued a video in response, one the puppet hoped was its last serious one. However, there were no apologies. Instead, Dinx called out its critics and spoke about the separation between the Star Wars content and the views of the man behind the puppet.

“Now, this comes from a Facebook post from 2018, and in the post, I was disgusted on how Disney was using the homosexual agenda as a tool to get more viewership.” Dinx didn’t pause at that extraordinary sentence before continuing, “To me, it sounded like they didn’t really care about the people. They were just using the agenda to get more money, and it disgusted me.”

The wholly unnecessary “homosexual agenda” — often used in homophobic conspiracies — was enough for TikTok. Despite the puppet claiming, “I love Star Wars, and that’s all the videos I ever want to do,” the response promptly saw him removed from the platform faster than the Emperor from a Death Star Throne Room.

While any reasonable person could understand an appeal that no account should have their family harassed, most replies concentrated on Dinx’s lack of an apology and the suggestion that the man behind it hadn’t given up any of the beliefs in the posts.

Dinx’s reply and subsequent removal prompted a host of response videos, including other puppet-based accounts. Magic: The Gathering puppet Sullivan The Monster, for example, encouraged a violent response if Dinx ever used the term “homosexual agenda” again.

Reports were confused if the puppet had been thrown off TikTok or canceled itself. Whichever, it’s a great lesson that no matter how wholesome the content appears, every viewer should think hard about the content they see on TikTok.

For creators, Dinx’s controversy has another vital lesson. Social networks open up many tools that allow people to separate their personal lives from their online personas or help introverts grow a huge following, like this imaginative use of a puppet. But that doesn’t give creators a break from ensuring their content and related content are responsible. There will always be other posters keeping an eye out.