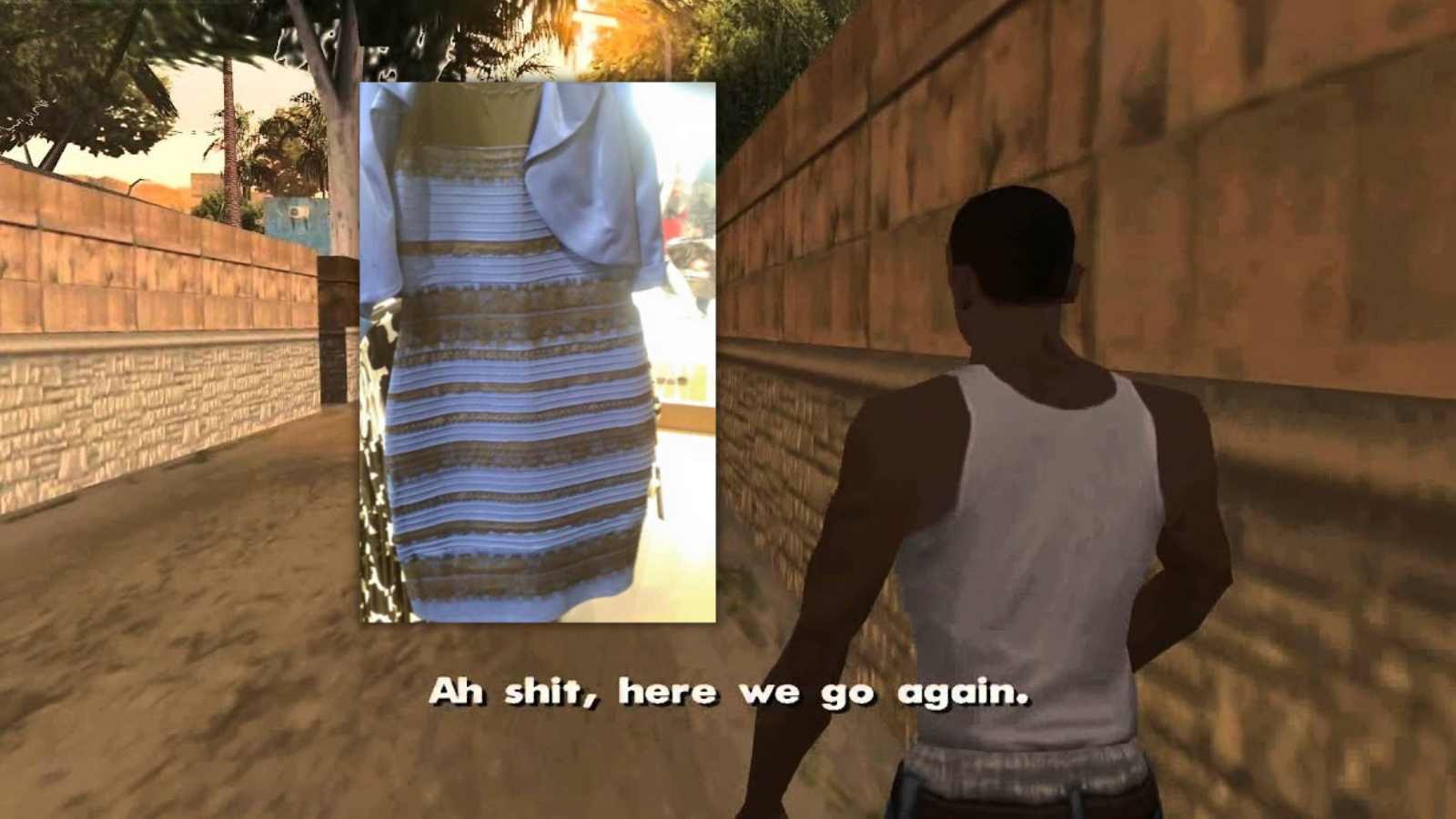 Remember the heady days of 2015? There wasn’t a pandemic, Marvel had only released a handful of films, The Force Awakens hadn’t been released, and PewDiePie hadn’t yelled a racial slur on a stream. Oh, and Twitter was furiously debating the colours of a dress.

2015’s “The Dress” debate was such a huge cultural phenomena that it has its own Wikipedia page. Like a bat out of hell, it’s somehow resurfaced on Twitter in 2022. Hide your kids, lock down the doors. Twitter user @_peches_ has reignited the living hell of 2015’s greatest debate. What have we collectively done to deserve this?

In a year that’s already seen so much conflict, hate, and division, did we really need The Dress to return? Making matters even more classically Twitter is the original poster then went on to promote a series of Stranger Things-inspired sex toys, for those who need some Demogorgon attention below the dress.

You may be wondering, what is the actual colour of the godforsaken dress? According to actual academics and the manufacturers, the dress was indeed blue and black. Scientists still aren’t 100 per cent sure why people see the colors so drastically differently. Two prominent neuroscientists, Bevil Conway and Jay Neitz, believe it could be linked to human perception of daylight and the sky we experience everyday. Unless you live in a cave, in which case, do you have room for one more?