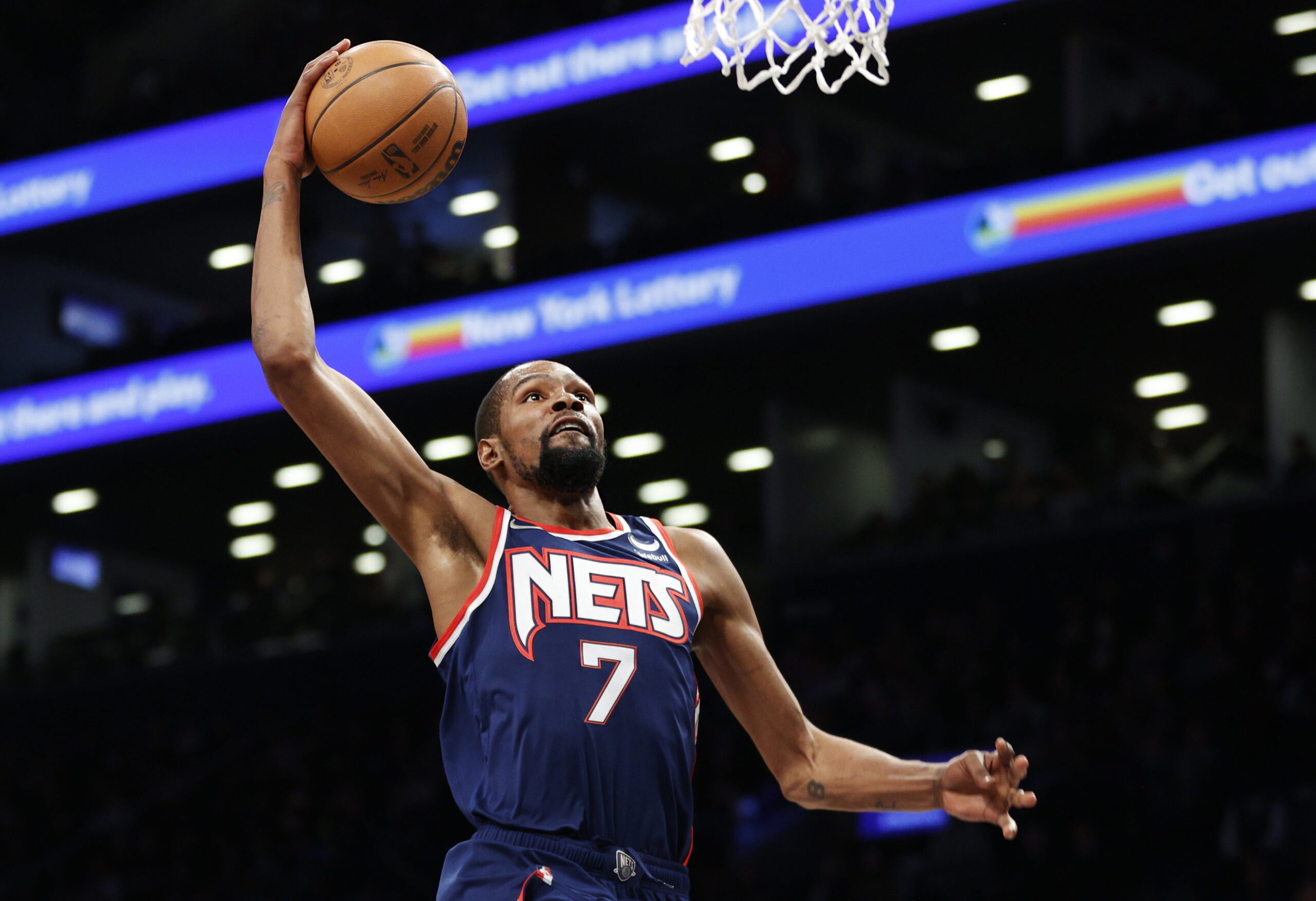 Innovation sometimes comes during moments of crisis. A notion of an idea sprang to fruition when the NBA was able to bring their thoughts of a play-in tournament to reality during the play stoppage and subsequent restart of its season during the spring of 2020. Extra games with something on the line always intrigue the powers that be, but there was no clear route to instituting the play-in tournament prior to the pandemic-shortened 2019-2020 campaign.

In short, the play-in tournament came to be so that more teams had a chance at the playoffs, there was more drama and attention on the restart of the league, and in the beginning, so there were more eyes watching games on TV leading up to the NBA playoffs, especially since so many games were lost. The increase in TV viewers, and now that fans are allowed back in arenas, in-person attendance, are big drivers of the play-in (as more high-profile games equal more TV and arena revenue).

First off, the top six teams in both the Western and Eastern conferences get their ticket to the big tournament punched automatically. Following that, the seventh through 10th seeds in each conference qualify for the play-in tournament, where they play each other for the chance to take the last two playoff spots in both conferences.

How the play-in tournament works

Let’s make it easier with the real-live teams playing in the play-in this year.

In the Western Conference the seventh seeded team is the Minnesota Timberwolves, and they will host the eighth-seeded Los Angeles Clippers. On the other side, the ninth seeded squad is the New Orleans Pelicans, which will play host to the 10th seeded San Antonio Spurs. The winner of Minnesota/LA advances and is the seventh seed in the playoff field.

The loser of that game will play host to the winner of New Orleans/San Antonio, with the victor of that pairing moving on to claim that eighth seed in the playoffs. Subsequently, the loser of New Orleans/San Antonio is booted from the field altogether. In the Eastern Conference, the seeding is No. 7 Brooklyn Nets vs. the No. 8 Cleveland Cavaliers, and the No. 9 Atlanta Hawks hosting the No. 10 Charlotte Hornets.

There are two games on both Tuesday and Wednesday this week, with both Tuesday games on TNT and the Wednesday affairs on ESPN. Then the games to decide the final spot in both conferences falls on Friday. The Friday game times are not set yet, but the early game will be on ESPN and the later one on TNT.

Stats and any other phenomenal feat during these games does not count in any statistical or recorded way. So let’s say Kevin Durant decides to put up 111 points in a win over Cleveland, this would somehow not be considered (technically) the highest scoring game of all time. Good times!

For sure, though, the play-in thus far has allowed for excitement from fanbases, such as Cleveland and New Orleans, that normally have a hard time making the playoffs. It also allows teams that might have an injury early in the season or something else that derails them from a great record some time to recover and still have a good enough showing to sneak in via the play-in and then make it to the real playoffs.

How the play-in came to be

When the season was brought to a halt during the surging COVID-19 pandemic in March 2020, the uncertainty of how, when, and ultimately if the NBA could resume games and construct a structure that made things fair and gave teams an adequate shot at the postseason when there would be well short of the normal 82 games played in the season.

So, when the league started back up during what became the “Orlando Bubble” hosted at Disney World starting in July of 2020, there were several changes made to the schedule that were a departure (as was so much at that time) from the norm. The season would run longer calendar-wise than before, so the amount of games needed to be truncated.

Not every team in the league was invited into the bubble, only those considered in playoff contention. But there wasn’t really enough time to let teams fight for a playoff spot and settle their spots in the regular postseason tournament — and nobody wanted to be confined to the bubble any longer than they had to — so the idea of a ramp-up of eight games for each team invited, plus a play-in tournament, was hatched.

The idea of the play-in was met with very mixed emotions, as some loved the idea  — usually those who had a chance at the playoffs via this route — and some absolutely abhorred it. At the time, the loudest opponent of the play-in was LeBron James — funny enough, it was his team that needed the play-in tournament the following year and then again, this year, it was the Los Angeles Lakers’ only hope and saving grace at making the playoffs, but they ultimately fell short of even making the play-in tournament this season.

Another factor is teams that are not good giving up on their season when there are a lot of games left. The play-in was meant to curb this practice, called tanking, so that a team in a bad spot still felt it had hope and would continue to play hard and play their stars through the end of the season (or as close as possible).

And what about the teams this year?

The play-in is actually doing exactly what it is meant to do. Take the Clippers: They have been missing superstar Kawhi Leonard all season long. Their team was not nearly as good as it could have been were he playing, not to mention their other star, Paul George, was hurt for a portion of the year, too.

Now, if they can just win the play-in and make the playoffs, who knows? There is an outside chance Leonard returns, and all of a sudden, the Clippers are way better than they were during the regular season. For fans, that’s great! It kinda sucks for teams that fought hard for a high seed all year, and now have to play a team that was subpar all year and now is strong again, but thems the breaks.

New Orleans fans are hoping their stud, Zion Williamson, can somehow make it back if their team makes the playoffs through the play-in. The same is true for Brooklyn and Ben Simmons, Cleveland and Jarrett Allen, and last year’s playoff darlings, Atlanta, and John Collins.

After the play-in is said and done, the real playoffs start up on Saturday, April 16, with three games coming your way, all on ESPN.