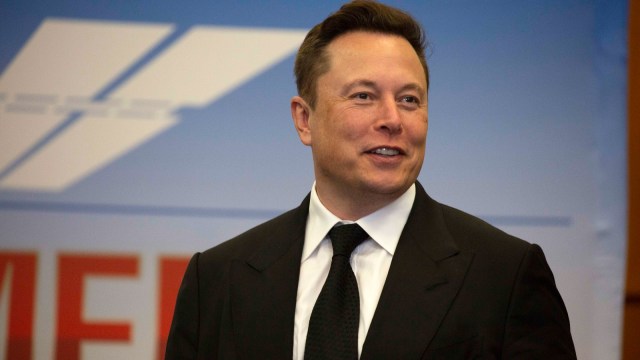 Elon Musk, who just added Twitter to his never-ending list of assets, is the infamous and rather controversial businessman and founder/early investor of many companies. But just how many of those companies does he own or at least have a stake in? And what does each company do?

The company perhaps most associated with Musk is Tesla, the electric car company he co-founded and helped start back in 2003. Musk is now the CEO of Tesla, which has seven different electric car types, with four of those in active circulation.

The Austin, Texas-based company has also become a major distributor of solar energy storage and generation products after Tesla acquired the U.S.’ top solar panel provider, SolarCity, in 2016, according to Insider.

In 2002, Musk founded SpaceX and is listed as the company’s “lead designer,” according to its website. The company develops rockets and spacecraft for missions aimed at Earth’s orbit, and eventually, interplanetary travel. Starlink, the low-orbit satellite internet company, is a subsidiary of SpaceX. It is headquartered in Hawthorne, California, and has a launch site in Boca Chica, Texas.

Nueralink is a neurotechnology company that Musk helped found and is based in San Francisco. The company’s bold ambition is to create a link between the human brain and computers. Musk described the burgeoning technology as a “FitBit in your skull.” Essentially, it’s a chip that gets placed on your brain. The applications range from helping people with brain injuries, protecting people against the dangers of AI, to treating neurological-related conditions like paralysis and depression.

Though Tesla’s website listed Musk as the CEO of Nueralink, a legal document from the company stated he has “no executive or management role at Neuralink,” according to Insider.  However, Musk’s confidant, Jared Birchall, was listed as Nueralink’s president back in 2018.

The Boring Company is a Texas-based tunnel construction start-up Musk founded in 2016. The venture is aimed at solving traffic issues in major metropolitan areas as well as connecting multiple cities together. It is under this company that Musk has proposed creating a “Hyperloop” — a transportation effort that would theoretically connect large cities together while transporting passengers at a speed of 700 miles per hour.

In 2018, The Boring Company also sold a device for a limited time called Not-A-Flamethrower. Despite the name, it essentially was a flamethrower. While the product has been discontinued, you can still find them on eBay now and again, according to Inverse.

The ink hasn’t quite dried on Musk’s $44 billion deal to buy Twitter, but it seems like it’s poised to go through. After he made an initial bid, then backed out and faced a lawsuit for not following through, he has now indicated the deal will be finalized by Friday, Oct. 28. That date was also a deadline set by a Delaware Court of Chancery judge, meaning if he did not finalize the deal by then, he would be facing a trial from Twitter suing him.

In fact, Musk himself took to Twitter Thursday which also seemed to confirm he intends on making good on the deal this time. In part, Musk said he was motivated to purchase Twitter to “help humanity” and said he viewed the website as a “common digital town square.”

Musk’s pending acquisition of Twitter, once completed, will mark the fifth company he owns or has a stake in. However, Musk has previously been involved in many more companies, including Zip2, X.com/PayPal, and the now-Google-owned DeepMind, though he either stepped away from them in time or sold them to another company.