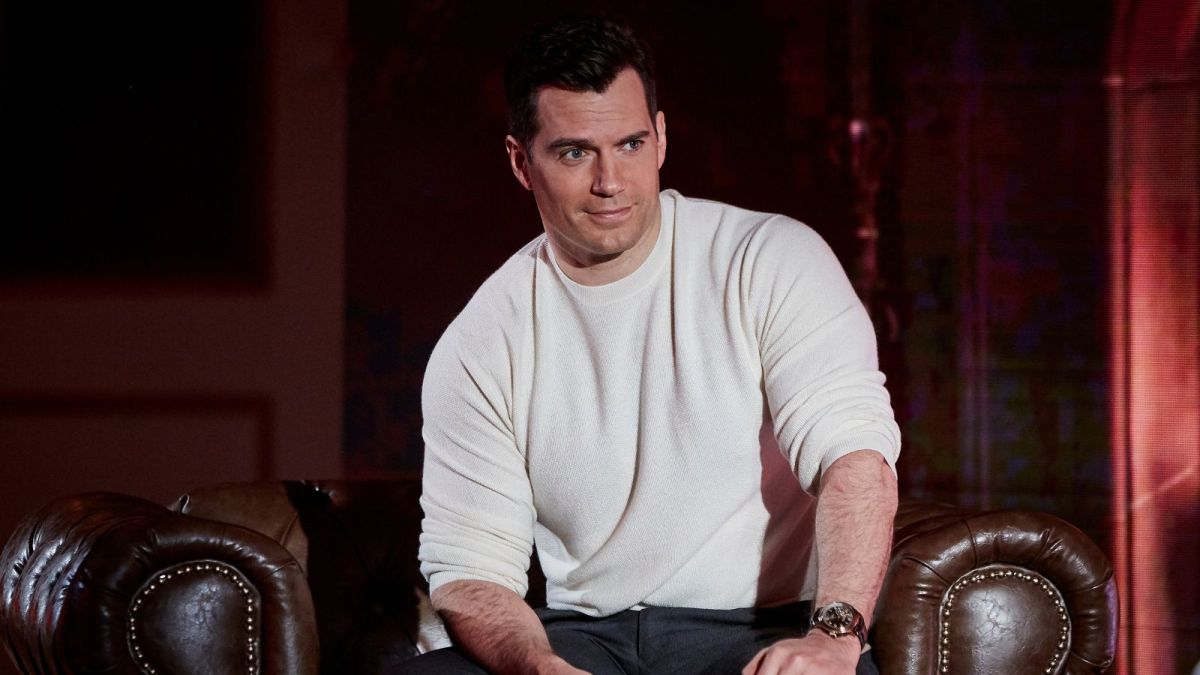 Henry Cavill will be executive producing and starring in the Warhammer 40K series for Amazon Studios, which means he’ll need to surround himself with other talented actors to fill the many roles. It was announced that Cavill will no longer be playing Superman in DC’s cinematic universe, which came after news that he won’t be reprising Geralt of Rivia after The Witcher season three. News then followed that he’d be developing Warhammer 40K, and speculation has officially commenced.

War Hammer 40K is set in a future where humanity is plagued by darkness and chaos. There are monsters, aliens, and supernatural beings vying for supremacy. Millions of years after the intergalactic War of Heaven between the Old Ones, C’tan, and the Necron, humanity rose during the Age of Terra. They traveled the galaxy and developed advanced technology and populated planets throughout the galaxy, but the advent of the Chaos God Slaanesh born from the excess of the ancient Eldar species halted Warp travel and created turmoil all over.

These are some of the actors we’d like to see in Warhammer 40K.

The actor playing Apollo Diomedes needs to have a commanding sense of gravitas, and Ron Perlman is capable of delivering that. Apollo was once the captain of the Blood Ravens Space Marine Chapter Honour Guard, and he’s not someone you want to cross. He’s survived countless battles and left a trail of defeated foes in his wake. Some of these include the Ork Warboss Manstompa Megakilla and the Chaos Sorceror Anupharis the Cruel. Apollo seems like an extreme character that would take some convincing to win over audiences, but Perlman could do this character justice.

Angronius of Nuceria is the Lord of the Red Sands and the Primarch of the World Eaters Traitor Legion. He’s evil incarnate and has a burning hatred for the Master of Mankind. He’s truly monstrous, so this look might be pulled off using CGI, in which case this character will need someone who can strike fear into the hearts of everyone with a booming voice, and the Succession patriarch definitely fits this bill. Cox could move from the boardroom to this fantasy epic with the utmost ease and could shake the foundations of creation.

Sam Reid was marvelous as Lestat De Lioncourt in the new TV series adaption of Interview with the Vampire, and he would play Sanguinius the Great Angel just as marvelously. Sanguinius is the Primarch of the Blood Angels Legion of Space Marines and has a coolness to him that would be a cakewalk for Reid, but he’s also multifaceted. He’ll need to be battle ready and possess psychic talents, and Reid’s already accustomed to going from romantic charmer to bloodthirsty vampire.

Jain Zar is one serious warrior. She’s the Phoenix Lord and the founder of the Craftworld Aeldari’s Howling Banshees Aspect Warrior. She had the privilege of being chosen as the first warrior of her race to serve the Asurmen after the Fall of the Aeldari, so it’s not a role that can be taken lightly. Chastain has proven time and time again that she’s one of the best actors that can reach incredible levels of passion and still have it feel grounded. Her role as a badass CIA agent in The 355 proves she can handle action sequences.

Lelith Hesperax is the definition of deadly. She is a Drukhari Succubus of the Wych Cult and you’ll be hard-pressed to find a better champion than her. She’s fought and won countless battles in the gladiatorial areas of Commorragh and she’ll need to be able to emote without needing to use very many words. Tati Gabrielle’s work in The 100 and The Chilling Adventures of Sabrina proves she’s a force to be reckoned with and she could bring a lot to a character this hardcore.

Adrubael Vect is the Supreme Lord of the Kabal of the Blackheart, and he’s known for his deviousness. He’s an ancient evil and therefore requires an actor with the proper stature to get that across. Charles Dance played Tywin Lannister in Game of Thrones, where the patriarch was not one to mince words. When he walked into a room, everyone paid attention to him out of either respect or fear. Dance could push that even further and play someone whose evil knows no bounds.

Warhammer 40K isn’t without its heroes, and Pedro Kantor would be a blast to see. He’s the Chapter Master of the Crimson Fists Chapter of Space Marines, and he stands apart from the other soldiers. Luna has shown in Rogue One: A Star Wars Story and in Andor how good he is at being a fearless hero, and audiences would want to root for this character.

Vulkan He’stan is an admirable Space Marine in the Salamanders Space Marine Chapter. His deeds were so well-respected that he became the Forgefather and was given a quest that’s only passed to the best heroes of the Chapter. Like Pedro, he cares about normal civilians and goes out of his way to protect them against those who seek to do them harm. Aldis Hodge has already played the warrior Thanagarian in Black Adam, where his ferocity was matched by how much he cared, and he could bring this depth to Vulkan too.

Dante is an angel and a follower of Sanguinius. He’s commanded the Chapter Master of the Blood Angels Space Marine Chapter for over 1,000 years, so it’s important that the actor portraying him is battle-tested. Ian Glen played Daenerys’ Targaeryen ally Ser Jorah Mormont in Game of Thrones, and his faithfulness to a cause he deems worthy falls in line with Dante’s motivations. Dante wears power armour that includes a golden death mask and an Iron Halo. It would be a treat to see Glen suited up again after so long.

Yvraine holds a high status as an Eldar who serves as the emissary for the Eldar God Ynnead and has lived many lives. She’s been a dancer, a warlock, and a warrior, and she even became a Corsair leader for a time. Anna Torv would be an inspired choice for this character because of just how different she is from anything she’s ever played. Torv is best known for Fringe and Mindhunters and she’s already shown she can play super-serious agent characters, but it would be a dream to see her stretch herself and enter the realm of fantasy. Yvraine an immensely powerful being and what happens to her plays a major role in the events of this story.