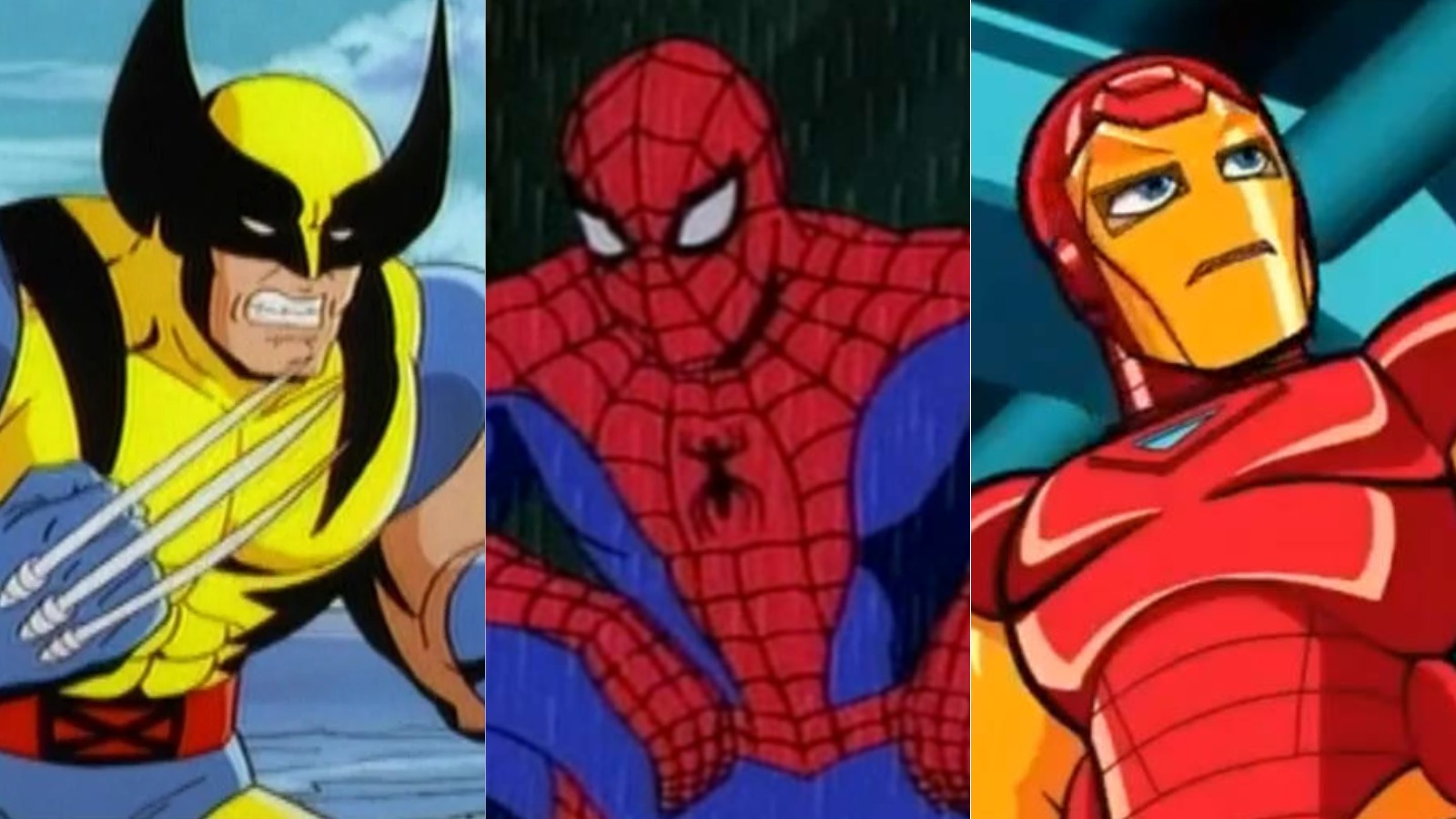 Marvel has always been a massive media franchise, even before the Marvel Cinematic Universe launched and became a cinematic juggernaut. Marvel has had plenty of successes on both the small and big screens, especially with animation. Since The Marvel Super Heroes cartoon series launched in 1966, Marvel and its roster of characters have featured in many popular animated shows. From shows aimed at young kids and families to mature adult animations, Marvel has an animated show for every taste.

This variety in Marvel animation content means it can often be hard to know where to start. So if you’re looking for a new show to dive into, here are the10 best Marvel animated series from the expected to the totally forgotten.

What do you get if you cross Marvel and Pokémon with a sprinkling of Ultraman? You get Marvel Disk Wars: The Avengers from 2014.

Produced by legendary studio Toei Animation, this anime focuses on a group of kids called Akira, Hikaru, Edward, Chris, and Jessica. When Iron Man invents a digital prison to store and rehabilitate supervillains dubbed DISK, things look bright. When Loki arrives and turns the technology against the Avengers, he frees all of the villains and locks most of the heroes in the DISKs. The kids, however, end up with special Bio-Codes that allow them to summon a hero trapped inside a DISK for a short period. Using this skill, the kids find a way to free all of the Avengers and take down Loki for good.

What makes Marvel Disk Wars: The Avengers stand out is how original it is. While it isn’t canon to the modern Marvel universe, the format is different from anything seen before or since. Also, the anime-inspired redesigns of classic Marvel heroes are really neat making it a fun watch, even if just out of curiosity.

Partially inspired by the Ultimate Marvel line of comics, Ultimate Spider-Man follows a younger Peter Parker who is a member of SHIELD. Nick Fury has a plan to help Spider-Man reach his potential as a hero by having Peter mentor a group of heroes. These heroes – Nova, White Tiger, Iron Fist, and Power Man – show potential, however they struggle to co-exist making Peter’s task anything but simple.

Marvel Anime: Blade was the final collaboration between Marvel and anime studio Madhouse. The anime follows Blade, a vampire hybrid who can walk in the sun and uses his powers to hunt and kill vampires. Blade heads to Japan when he learns of a vampire group called Existence, hoping that he can slay every vampire in the group at once. This proves easier said than done when Blade finds himself in the center of a massive conspiracy. Also, the mysterious Deacon Frost is watching from the shadows, forcing Blade to confront his own past and his reasons for hunting vampires.

Part of Marvel Anime: Blade’s appeal is that it is rare to see Blade-focused stories outside of the comics. Also, Madhouse’s animation style really fits the dark, pseudo-gothic world of the vampire hunter, leading to some really memorable visuals.

Part of the Marvel Anime sub-franchise animated by legendary anime studio Madhouse, Marvel Anime: Wolverine follows the fan-favorite X-Man as he heads to Japan to rescue his girlfriend, Mariko Yashida, from the hands of the crime syndicate Kuzuryu.

While all of the Marvel Anime entries are praised. Marvel Anime: Wolverine is often considered the best due to the higher than usual age rating and Madhouse’s flair for combat sequences. Because of this, Wolverine’s claws and healing factor are used in many memorable and unique ways, making it stand out against most other X-Men media.

Based on the super-deformed toy line made by Hasbro, The Super Hero Squad Show features Marvel’s greatest heroes in various adventures together in Super Hero City.

While it uses the team and the character designs from the MCU movies, 2015’s Guardians of the Galaxy animation series is set in a whole new continuity. Guardians of the Galaxy follows Star-Lord, Gamora, Drax the Destroyer, Rocket Raccoon, and Groot as they try to find and destroy a legendary weapon called the Cosmic Seed, before a group of villains can get their hands on it and destroy the universe. Later seasons would see the Guardians on other risky missions and come into contact with many of Marvel’s greatest heroes and villains.

The early 1990s was the golden age for superhero cartoon shows, and nowhere was this better seen than with Spider-Man, the animation series launched in 1994 and produced by Marvel Films Animation and Tokyo Movie Shinsha.

Spider-Man follows Peter Parker, a college student who gets bitten by a radioactive spider and becomes a superhero, throwing his life into turmoil. Like the animated X-Men series, Spider-Man tells a mixture of original stories and ones adapted from the comics. This includes arcs featuring some of Spider-Man’s most legendary foes, including Venom, Doctor Octopus, and the Green Goblin. Other Marvel heroes also make cameo appearances, from expected ones like Captain America and Daredevil, to the extremely unexpected like Doctor Strange, Blade, and even The Punisher.

What If…? became an instant smash-hit when it landed on Disney Plus in 2021. Like the comic series of the same name, What If…? looks at alternative universes where the Marvel stories fans know and love play out slightly differently, twisting stories from the main MCU and making it feel quite different from previous animated Marvel shows.

A perfect companion to the MCU movies, What If…? offers a unique glimpse into the Marvel universe and introduces some fun twists on commonly known Marvel plot points.

Hit-Monkey is an adult animated series based on the lesser-known Marvel character, Hit-Monkey. After being wronged, a monkey is trained by the ghost of Bryce Fowler, an American assassin, becoming an expert in the craft. Using his newfound abilities, the monkey heads out to take down the Japanese underworld.

Full of hilarious set pieces, surprising moments, and funny dialogue. Hit-Monkey is made even better by its all-star cast. The titular monkey is voiced by Fred Tatasciore, and the show features the voices of Ally Maki, Olivia Munn, George Takei, and even Jason Sudeikis, all of whom put in great performances. A very different take on the Marvel universe, Hit-Monkey is a must-watch for adult fans looking for something a little different from their animated superhero cartoon.

The X-Men animated series is considered by many to be the best version of the X-Men characters to ever hit screens, creating a whole new generation of X-Men fans.

Produced by Marvel Entertainment Group, Saban Entertainment, Graz Entertainment, and AKOM, the show focuses on an X-Men team containing Cyclops, Wolverine, Rogue, Storm, Beast, Gambit, Jubilee, and Jean Grey. X-Men tells a mixture of original stories and adaptations of classics from the comics. X-Men was praised for its more mature take on the superhero cartoon format, one that wasn’t afraid to shy away from heavier topics.

The success of X-Men led to its versions of the characters become the default for many ’90s kids, with the DNA of this show heavily embedded into many modern X-Men products and productions.