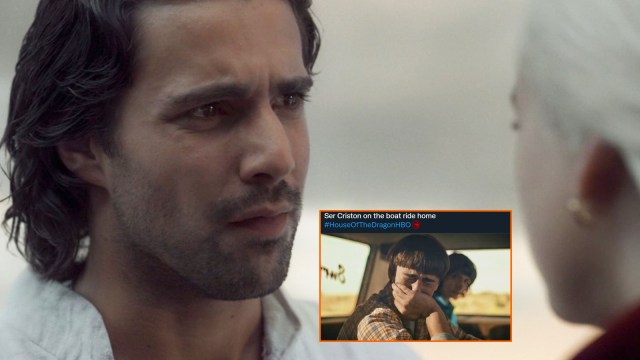 Another episode of House of the Dragon has premiered and this one marked the final appearance for many of the actors in the show so far. Of course, before the time skip takes place, there is plenty to break down and social media has been quick to do so.

Before reading further make sure that you’ve seen up to episode five of House of the Dragon as we will be getting into spoilers for events that took place during the episode. You can check this out on HBO Max now.

During episode five we saw Rhaenyra finally tie the knot, but it didn’t come without its share of drama, violence, and politics. Despite struggling to find a suiter of her taste, Rhaenyra decides she is happy to marry Laenor Velaryon and a big part of this appears to be an agreement that the pair are left to chase their own desires.

In typical Game of Thrones fashion, the wedding didn’t go to plan and ultimately left Laenor heartbroken with his lover being killed and still being forced to marry. Outside of this, more drama took place between Alicent and Rhaenyra via admission of guilt from Ser Criston.

This wasn’t everything that caught the eye of social media during the episode but now that we have some of the key points down, here is how fans reacted to these events as they took place on the screen.

This episode might have been a series low for fan favorite Ser Criston.

After all of this, Ser Criston reached his boiling point at the end of the episode.

Another episode, another day of Daemon doing evil deeds.

While he did live, there is no understating King Viserys’ current condition.

As fans noted, this episode saw the end of the line for some of the show’s stars as the time skip sees them replaced with older actors and actresses. From the trailer that was shared for episode six, it looks as though we will be going several years in the future.

If you haven’t yet seen all of House of the Dragon or are simply looking to catch up then you can check out the show on HBO Max now.