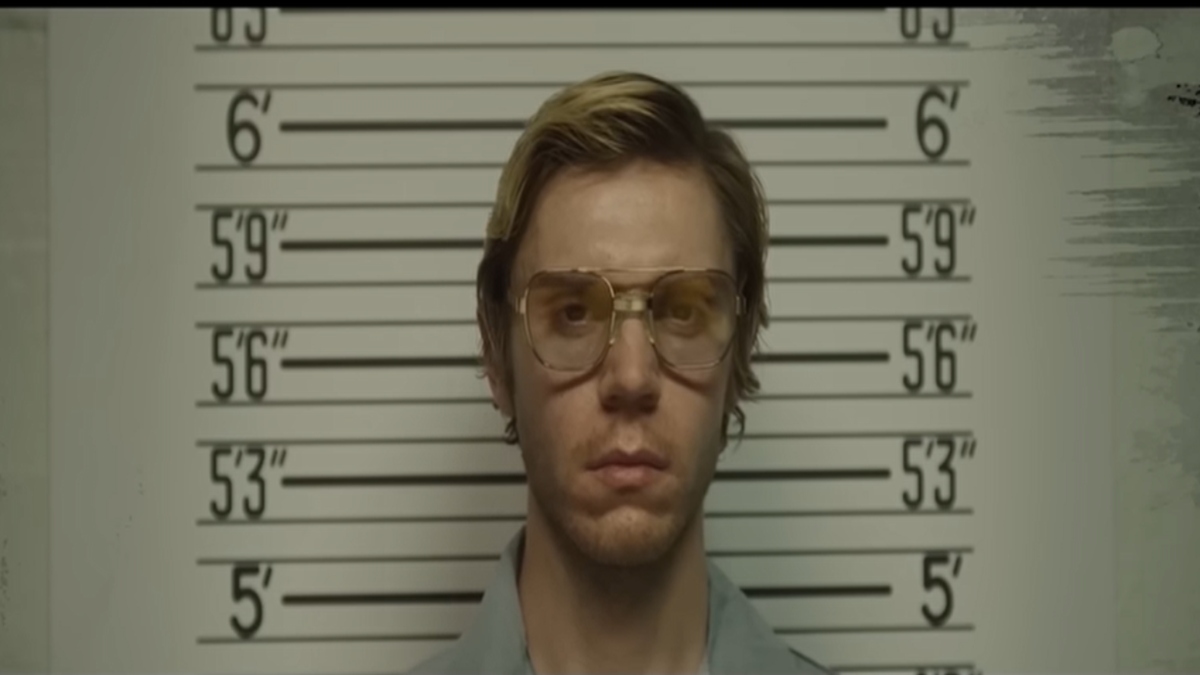 All of it, literally every second of Netflix’s newest true crime series Dahmer- Monster: The Jeffrey Dahmer Story made us want to never leave home again. Evan Peters’ chilling performance as the real-life cannibal serial killer Jeffrey Dahmer certainly leaves an impression, and the twisted details of the case take us on a journey into the depths of humanity. So although it was hard to narrow it down, we have collected seven of the most unbelievable, distressing, and just downright disturbing moments of the series that make us want to just stay inside and avoid humans altogether.

In the series, details of Dahmer’s common practices were revealed, and they are so horrifying we kind of wish they weren’t. We knew Dahmer was weird, but who knew he was this weird? One of the things he liked to do before killing his victims was to ask them to listen to their heartbeats. He would lay with them, put his head on their chest, and listen to their heartbeat knowing that ultimately that heart would end up in his freezer with some of the others. Horrific. His final victim, Tracy Edwards, who managed to escape and turn Dahmer in, revealed that he had been told by him that he was planning to eat Tracy’s heart after he listened to it.

The fact Dahmer casually stored 15 dead bodies in his home

When police finally raided Dahmer’s home, the horrors they found were unimaginable. A myriad of body parts from a total of 15 bodies were found throughout the apartment. Including a severed head, in his refrigerator — not even hidden away in the freezer, mind you, just right there tucked between the lettuce and the mayo, although there were some additional severed heads stored in the freezer. They also found body parts in plastic food storage bags, including human hearts, hands, and genitalia. We don’t even want to think about why, but unfortunately, we know because it was revealed from remains found on cooking utensils, that Dahmer was eating the bodies, among other things he did with them. He also had body parts soaking in acid in his bedroom and other severed pieces around as keepsakes. Unreal.

You may be asking yourself right about now, how could someone living in a crowded city apartment building be able to get away with this? Wouldn’t there certainly be sounds or smells? What an excellent question, and you asked at just the right time for our next section.

The number of times Dahmer was almost caught and got away

The number of times Jeffery Dahmer could have been caught and wasn’t is unbelievable. In the series, we discover that not only did Dahmer have a criminal record, but that he was on the police’s radar for years before he was finally caught. He was repeatedly arrested and released, and given chance after chance by police and judges. Dahmer’s neighbors, especially his next-door neighbor, Glenda Cleveland, consistently called the police about the noises and smells that were coming from his apartment, but no one ever came to investigate. If they had, they might have noticed the 15 dead bodies he was casually storing in his home!

The most shocking revelation was that one of the victims was actually able to escape, and the police returned him to Dahmer. His youngest victim, 14-year-old Konerak Sinthasomphone, after being drugged and assaulted, miraculously found his way out of the apartment and into the street. Despite Dahmer having a criminal record, including for sexual assault of a minor, and the boy only being 14 years old, Milwaukee police officer John Balcerzak, who responded to the scene, actually handed the boy back over! Dahmer had claimed that the young boy was his of-age, intoxicated but consenting, lover. No background checks were run or even ID’s checked, the boy was simply handed back, despite the neighbors’ ongoing objections.

He was then taken back to the apartment where he was subsequently killed as Dahmer attempted to make him one of his “living zombies” by drilling holes in his head and pouring in acid. This was only one of many encounters Dahmer had with law enforcement where he could have been caught and stopped but was simply released back out into the public. Horrifying. Many felt his white, middle-class appearance and upbringing combined with the fact he targeted men from minority groups, was the reason he was able to evade prosecution for so long.

When we learned sexual arousal by internal organs is a thing

For us, this was it. This was the tipping point of us deciding to never leave home again. We would like to think that Jeffrey Dahmer was just an oddball, an outlier, a sexual deviant. But in the series when Dahmer talks to a psychiatrist about his, shall we say, fascination with human corpses and internal organs, we discover he is not alone. The psychiatrist explains that Jeffrey has a condition where he is sexually aroused by internal organs. That is a thing, a condition, and one shared by others. Who knew? We sure didn’t. But now that we do we are never leaving the house again. Because there are really only a few limited ways we can think of to get at someone’s internal organs, and none of them end well. So on that note, knowing that there are other people walking around out there with this condition, we will be abstaining from further interaction with anyone in society, please and thank you.

The time Dahmer worked at a blood bank

Jeffery Dahmer had many careers before he was a cannibalistic serial killer. One of them included working at a blood bank as a phlebotomist, a technician who draws blood. We find out through the series that Dahmer also allegedly took some of the blood home with him. A small souvenir and possibly the reason he was let go from the job. Now, we were already not the biggest fan of needles, but to think of someone like Jeffrey Dahmer drawing the blood and then taking it home to play with, well that’s enough for us. We will be keeping our blood exactly where it is, thank you very much. 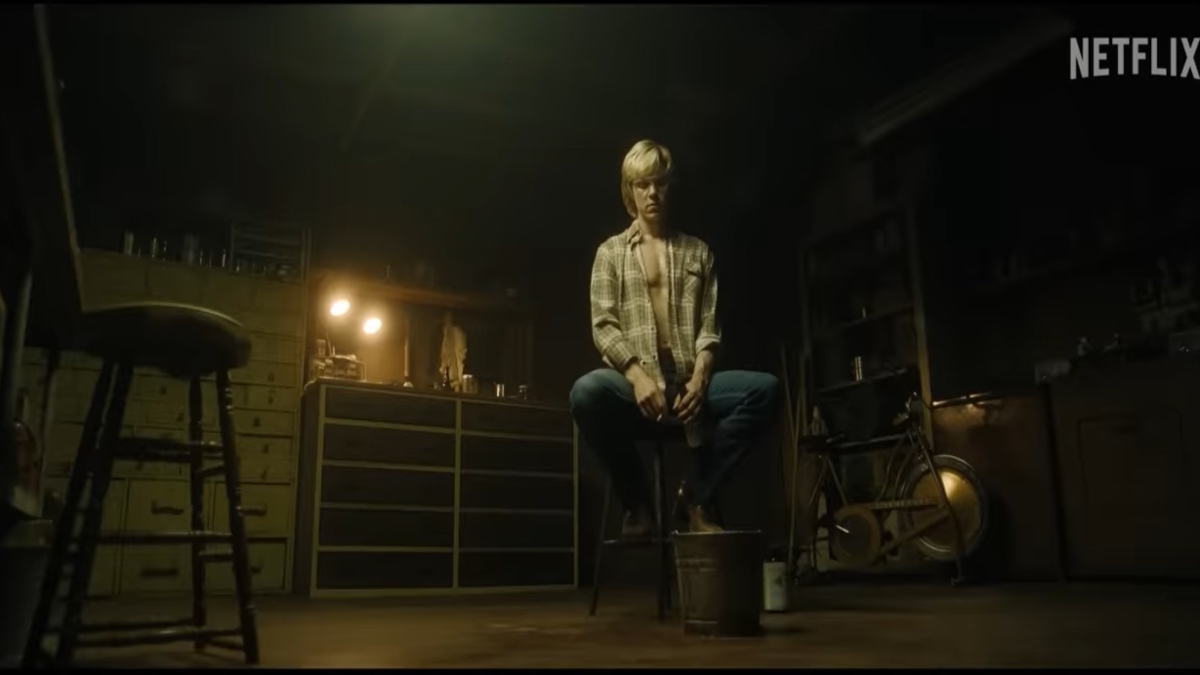 Before Dahmer moved into his own apartment and began making Glenda Cleveland’s life hell, he lived with his grandmother. One would think that would prevent him from carrying out his horrendous acts, but apparently, all it did was slow him down. Dahmer admits to murdering and storing three people inside his grandmother’s home, and one at a hotel while he was living with her. He reveals he would bring men back to the home while his grandmother slept, drug them, and then take them down to her cellar to kill and dismember them. As his grandmother was elderly, she did not like going down the steep steps to the cellar, and he felt relatively safe storing his victims down there. The smell did eventually attract attention, however, and he was forced to temporarily stop butchering people in his grandmother’s basement.

Dahmer’s motives are bizarre, to say the least, and it seems truthfully it all seems to come down to his desire for connection. Because what better way to make friends than drugging them, killing them, and then eating them so that they are always with you and you will never part? Disgusting. Dahmer also admitted to attempting to create these “living zombies” by drilling holes in their heads and pouring in acid, so that they would still be alive but would do what he wanted, things like “watching a movie he wanted to watch.” He also revealed that was why he would keep parts of his victims; because it was like they were “always around” and he was never alone. Weird, sad, and so twisted that Dahmer felt the only connection he could create with people, was with dead ones.

We suggest you proceed with caution before watching this horrifying (but fantastic) true crime drama series, because between Evan Peters’ chilling performance, the details of the case, and the revelations about what humanity is capable of, there will be no going outside ever again.